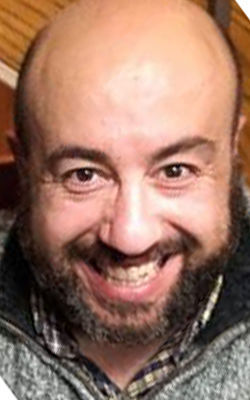 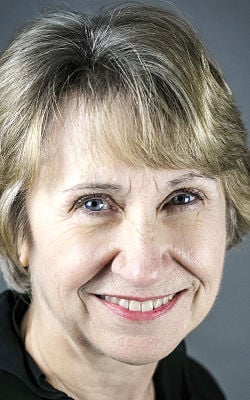 The spring after Donald Trump took office in 2017, Sue Conley was interviewing a high school student for a scholarship.

The scholarship was for students of color to encourage them to choose a career of teaching in Janesville.

Conley asked the man to describe adversity he had to overcome.

He told of coming to school the day after Donald Trump won the election the previous November. Things had changed.

Before the election, no one used racial slurs to address him. The day after, that changed. Students felt emboldened to use those words, Conley said.

Conley sees the violent invasion of the U.S. Capitol on Wednesday as another example of Trump inflaming an already damaged system of American political discourse.

Bill Sodemann, a former Janesville School Board member and stalwart Republican, said Democrats share the blame for the personal attacks and name-calling in political speech.

Sodemann pointed to Rep. Maxine Waters, D-Calif., who in June urged supporters to confront administration officials in restaurants and other public places.

Sodemann said he never liked Trump’s personality, but the president could never get a good word from Democrats, even when he accomplished good things, such as the recent peace treaties between Israel and some Arab countries.

“I don’t mind people attacking different views. It’s when it gets to the personal level and the personalities of it that it’s crazy,” Sodemann said. “Maybe it takes people on all levels to see how bad it looks.”

Conley, the newly elected state Assembly member from Janesville, agreed Democrats are guilty of bad-mouthing, too.

“We all have become enveloped in that same frame of mind. We need to learn how to talk to each other again,” said Conley, a Democrat. “We’ve lost empathy and compassion for people who are different than we are.”

“The rhetoric needs to be toned down on all sides—left, right and center,” Liebert said. “I’ve always said people don’t care if a Republican or Democrat picks up your trash. ... I think we’ve lost sight of that.”

Duffy Dillon, a Janesville attorney who became outspokenly anti-Trump in the past year, said politics have become so toxic that winning is everything and compromise is a dirty word.

Dillon hopes enough people realize the problem and decide to defeat Republicans at the polls so that the Grand Old Party has to come back to reality.

“And if it doesn’t, we and our children are going to be fighting this authoritarian streak for the rest of our lives,” Dillon said.

The best thing now is for Trump to be impeached and removed from office, Dillon said, because, “That makes the record clear we don’t stand for this.”

This country has a “fantastic” system of government, Dillon said, “And if we just decided to run it in good faith together, we’ll be fine. But it takes a commitment to run the system we have, no matter what the outcomes may be.”

Yuri Rashkin, who was a victim of political name-calling when he was wrongly called a socialist while running for Rock County clerk last year, sees some hope in the recent election.

“There’s a reason why Joe Biden won because he was perceived as more centrist and less extreme. I hope this was a very sobering event (Wednesday),” Rashkin said.

Tim Cullen, the former state senator from Janesville, points to partisan gerrymandering by both parties as the root of the problem.

Electoral districts drawn to the advantage of one party means incumbents don’t have to worry about challengers from the other party, Cullen said.

The only thing some Democrats have to worry about is a primary challenge from the left, while some Republicans worry about the same from the right, Cullen said.

To stave off challenges, politicians try to satisfy the extremes, Cullen said, which leads to the vicious demonizing of the other side.

“I hope cooler heads prevail going forward,” Liebert said. “I’m curious to see if Republicans go the Trump path or if moderates prevail. I think the Republican Party needs to work that out. … We’re going to get through this. Americans always get through it. I hope we learn something from (Wednesday’s violence.)”

Rashkin said he would like to see more focus on issues and respect for others.

“But politicians only learn from losses, so it will be interesting to see in the next two or four years if this using of insults backfires on people, if they stop using them because it doesn’t work,” Rashkin said.

“We need get back to respectable discourse with dignity and respect,” Conley said. “I don’t know how we’re going to do it.”

Cullen said big-money interests want an end to the situation: “It’s better for their business to have peace than to have constantly a political war.”

But for now, the damage remains, Cullen suggested, saying:

“We would be a little naive to say that (Wednesday’s violence) is over and can’t happen again somewhere else.”