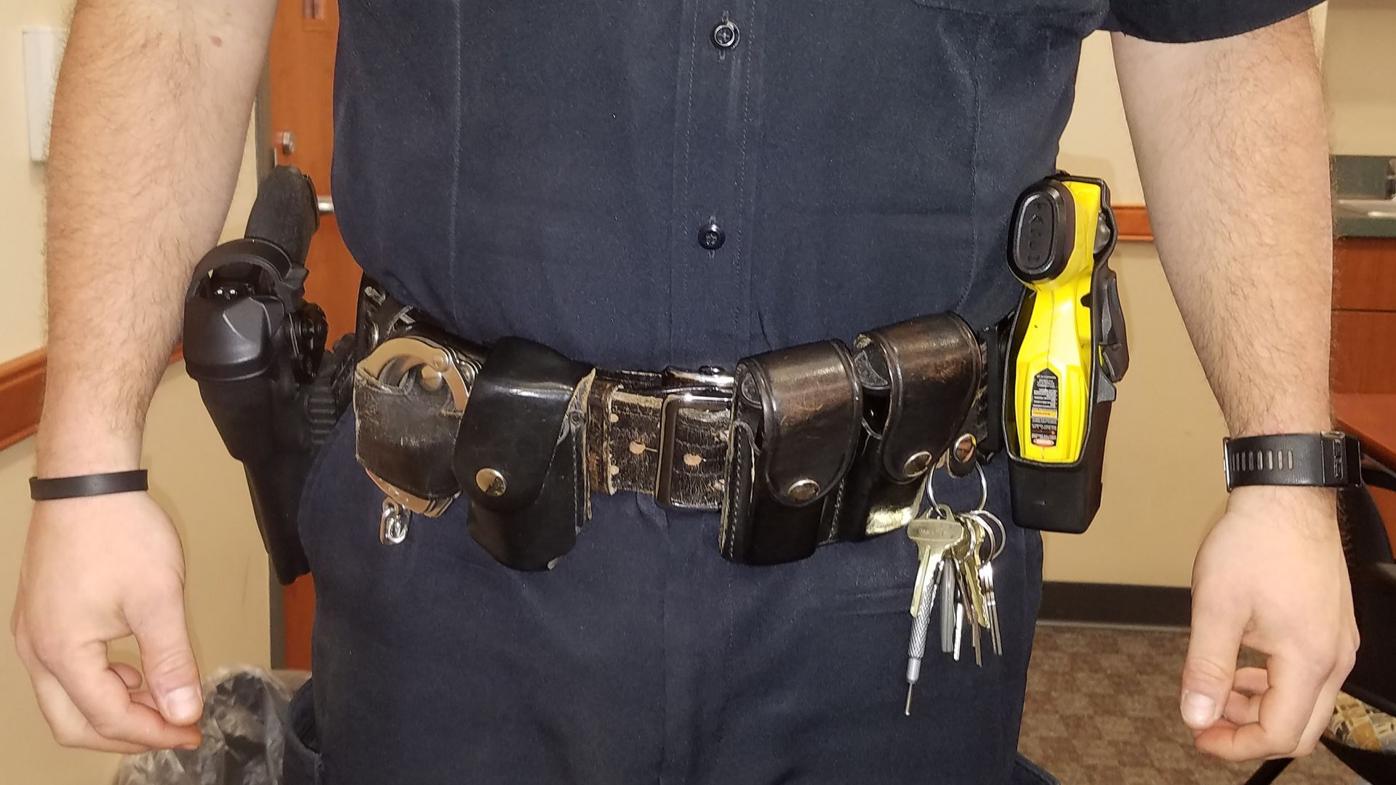 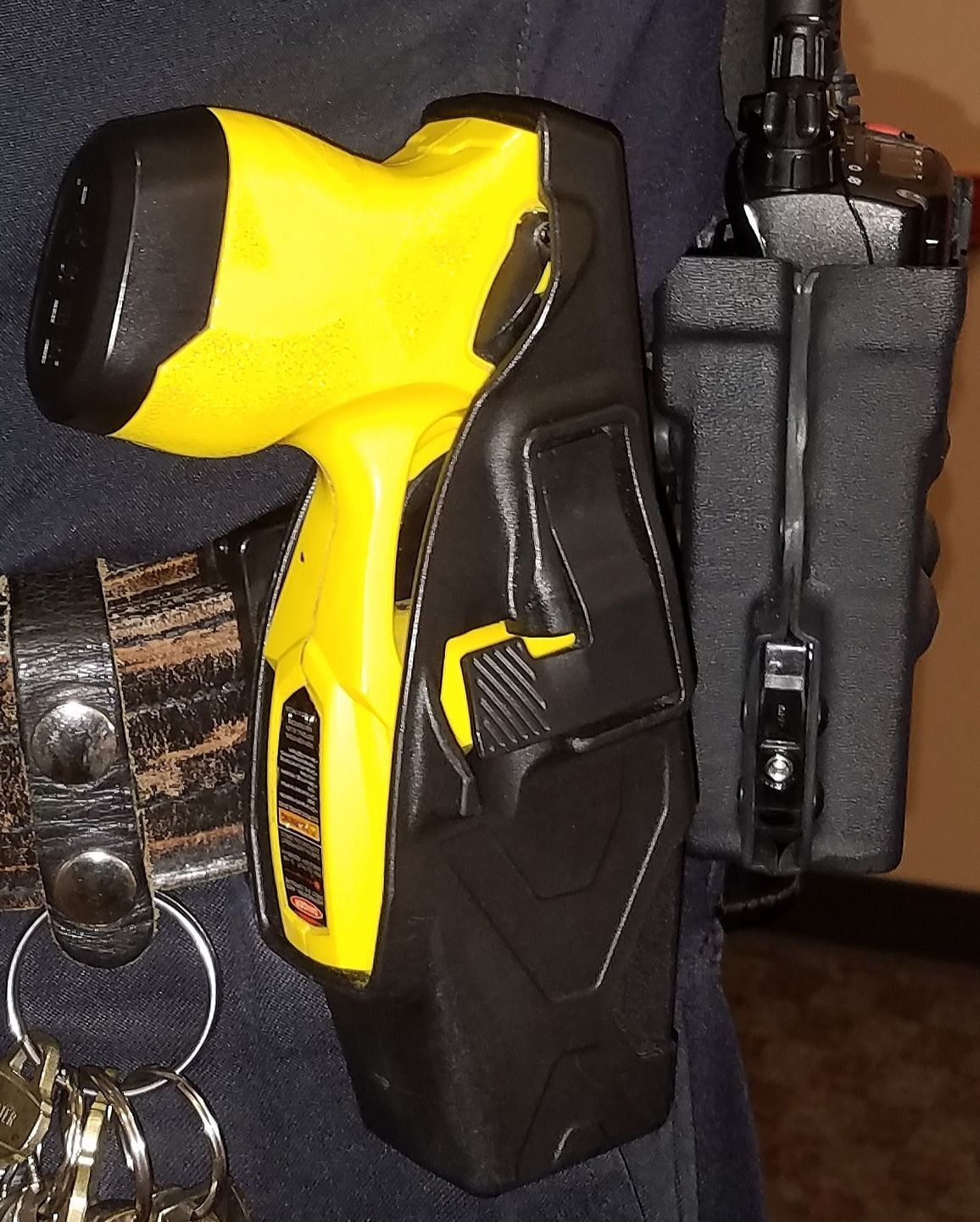 A Janesville police Taser in its holster. 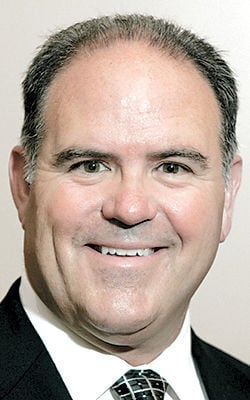 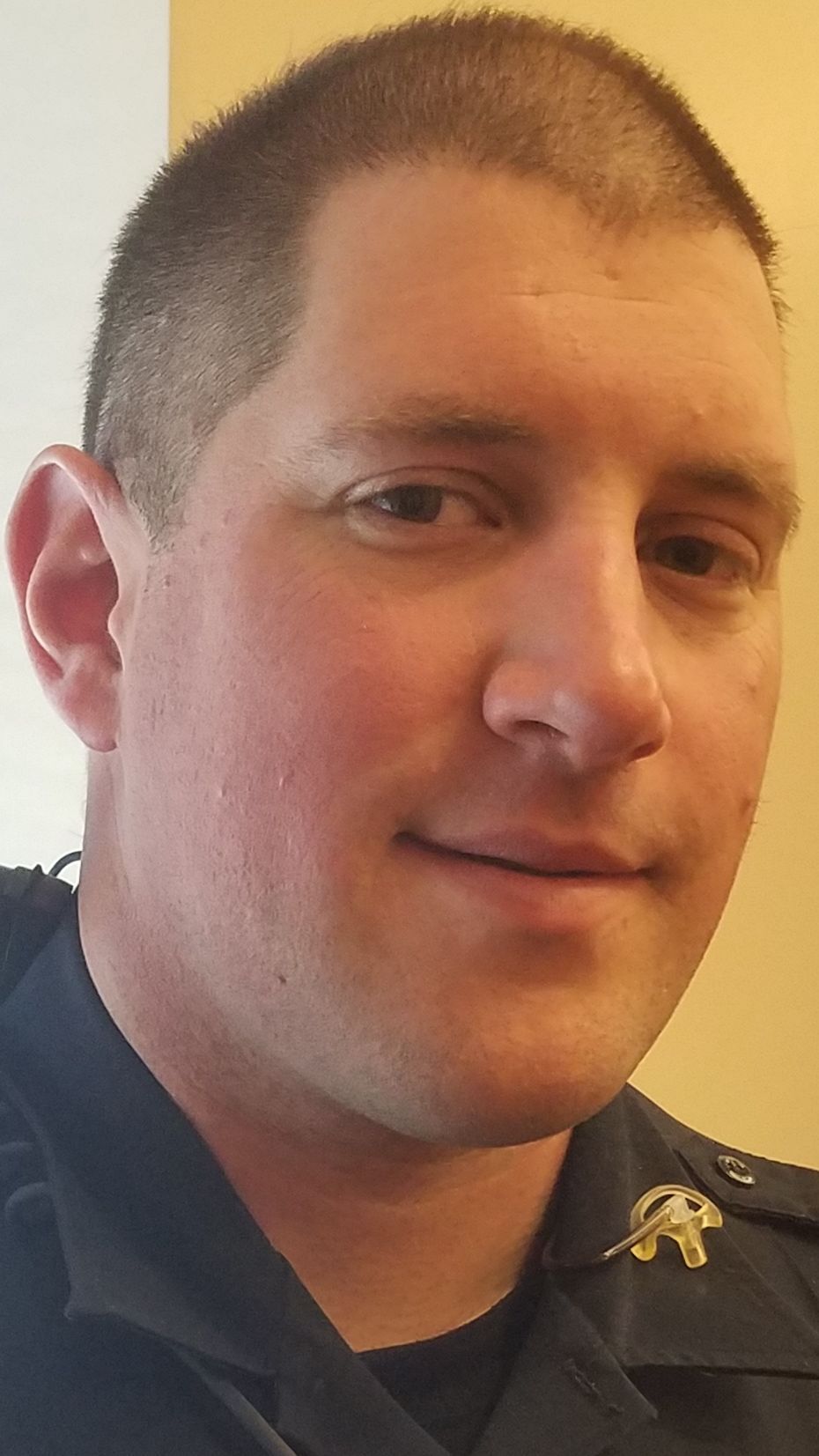 Janesville police officers will be learning a new technique for firing their Tasers, designed to keep them from doing what an officer in Brooklyn Center, Minnesota, did on April 11 with tragic consequences.

It’s clear from the video that officer Kim Potter believed she was firing her Taser, Moore said. Potter is heard on the video threatening to use her Taser, and then she said what police everywhere are trained to say to warn those around her, “Taser! Taser! Taser!”

“At times, our mind and body convince us of things that are not true,” Moore said Monday.

Moore has experienced that himself, not in policing but in private flying lessons.

He described a flight training exercise in which he wore blinding goggles that kept him from seeing anything while his instructor guided the plane into steep turns at varying speeds.

With the student disoriented, the instructor put the plane into a dive, allowed Moore to see only his instruments and told him to get the plane flying level.

“What my body felt and believed was significantly different than what the instruments were saying,” Moore said. “This was an overwhelming drive to believe your body and not the instruments, and if I would have trusted what my body was telling me, we would’ve crashed.”

That kind of training is standard in the airline industry, Moore said. Pilots train to look at the instruments and say out loud what the instruments are saying, such as “three in the green” to acknowledge three lights that indicate landing gear is down.

Based on this idea, police are working on a simple system that Moore believes will be effective: Every time they pull the Taser from its holster, they look at it and acknowledge what they see before firing.

The acknowledgment phrase has not been worked out, but it might be as simple as “yellow,” corresponding to the Taser’s predominant color, said Sgt. Rob Perkins, who trains others in arrests, defensive tactics and Taser use.

Perkins is developing training in which Tasers will have a colored sticker on the top of the gun that trainees will be required to see and acknowledge. The stickers won’t be there when officers use them at work, but some kind of verbal call-out will be developed.

The training will be incorporated into monthly training sessions. Those sessions will include “hood drills,” in which the trainee’s head is covered and then the hood is pulled off to reveal situations the trainee must react to, Perkins said.

Repeated drills will make the Taser-check procedure something that is done quickly, much like professional athletes’ training, Perkins said, “So as you go forward in a faster-paced scenario or faster-paced environment, you’re going to fall back on your training.”

Moore said known incidents of officers mistaking their guns for Tasers are rare. One author has counted 18 incidents since 2001, but Moore believes it has happened many other times.

Moore said Potter is likely going to prison for her mistake. He noted four other officers who were sent to prison for similar mistakes.

“So that causes us to really take a close look at what we’re training our officers, making sure we’re doing all that we can to make sure this mistake doesn’t happen here,” Moore said.

Moore said the new Taser training should start showing up in Janesville police training in May.