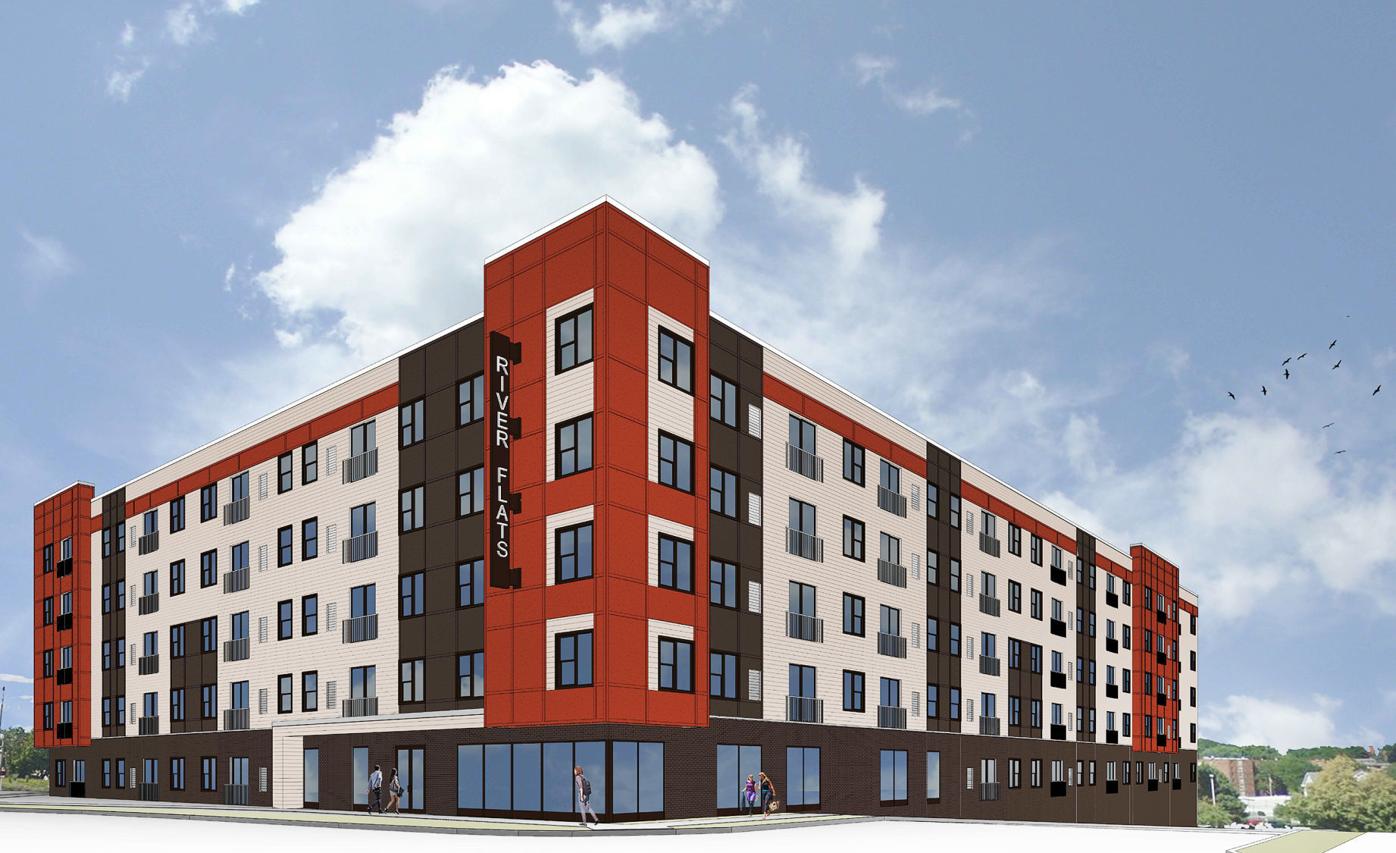 The commission unanimously approved a conditional-use permit for River Flats, a proposed 92-unit, six-story apartment complex near downtown that will offer affordable housing for low- or moderate-income residents.

All three projects have been approved within the last six months.

The River Flats project, on Laurel Avenue and Jackson Street, still must go before the city council for approval of a tax increment financing development agreement before it is set in stone. The council will vote on the agreement Jan. 27.

The commission granted three conditions that work around local ordinances and make the project possible:

City officials believe reducing the separation between the driveway and the block corner will not hamper traffic flow and is consistent with some downtown properties that are allowed a 20-foot separation, senior planner Brian Schweigl said.

Reducing the minimum number of spaces allows for 1.4 parking spaces per unit, slightly more than the census bureau’s estimated average, according to a city memo.

The city will add six street parking stalls on Franklin Street adjacent to the complex. Residents and visitors also can use the municipal parking lot across the street, Schweigl said.

On-site parking will include 59 reserved underground stalls and 69 first-come, first-served stalls on the ground floor.

Ty Bollerud was the only resident to speak about the project during public comment. He said the site will have nice views of the city and mentioned some criticisms that were difficult to follow.

Schweigl said the city has not received public feedback since a community meeting held in October.

Since that meeting, the developer decided to include a parcel of land that currently contains a 15-unit apartment complex. That complex will be torn down along with the former Aaron’s Lock and Safe building.

Schweigl said he believes the 15-unit complex at 221 N. Franklin St. has occupants, but he is unsure how many or if there is a plan to relocate them.

Daniel Kroetz, vice president of development for Commonwealth Companies, said in October that renters, depending on their income, could expect to pay $385 to $975 a month for an 850-square-foot, two-bedroom apartment at River Flats.

The complex will feature 83 two-bedroom units and nine three-bedroom units. A fitness facility, laundry room and management offices will be located on the first floor, Schweigl said.

Commonwealth Companies will operate River Flats with help from a federal tax credit through the Wisconsin Housing and Economic Development Authority. The program requires that residents earn no more than 30% to 80% of the local median salary in Rock County.

The tax credit rules require that the apartments operate as affordable housing for at least 30 years and that the average single renter has an income no greater than $32,000 a year—about 60% of the median income in Rock County, according to a previous story in The Gazette.

In other business Monday, the plan commission unanimously approved a conditional-use permit for a 24-hour dog boarding facility, which will replace a set of storage buildings on Commercial Drive.

Halbach told the commission Monday he plans to convert his 5,000-square-foot facility into Hotel for Hounds because he doesn't have many storage customers and wants a better use for the space.

Some office space will be reserved for interested tenants. If Halbach does not find office tenants, he might convert the office space into more dog suites, he said.

Under an amendment to its motion for approval, the commission mandated that Halbach have city staff review any office space renovations that would change their function.

The city will hire a consultant to help relocate occupants of a downtown apartment building that will be demolished to make way for a new apartment complex.