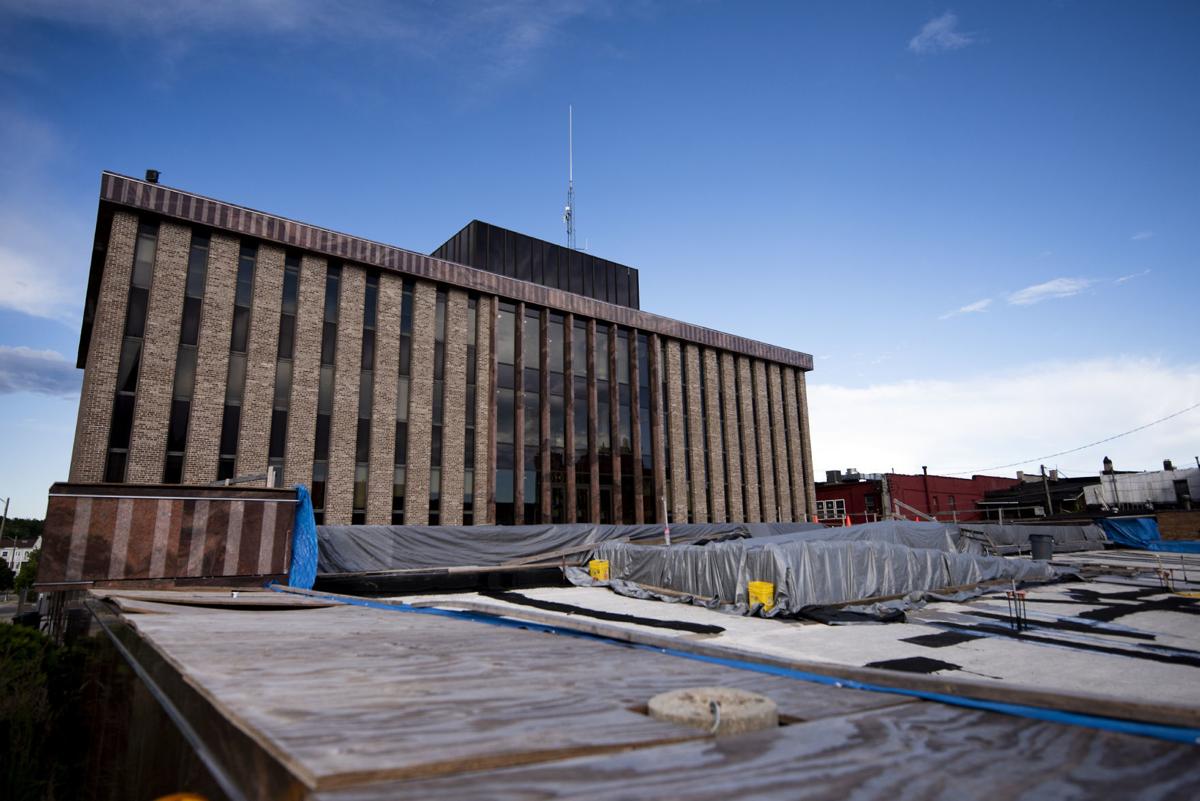 Tarps are draped over parts of the construction project in front of Janesville City Hall on Wednesday. The city engineer said last fall the work could be finished by the end of June, but delays have pushed back completion estimates to the end of this year. 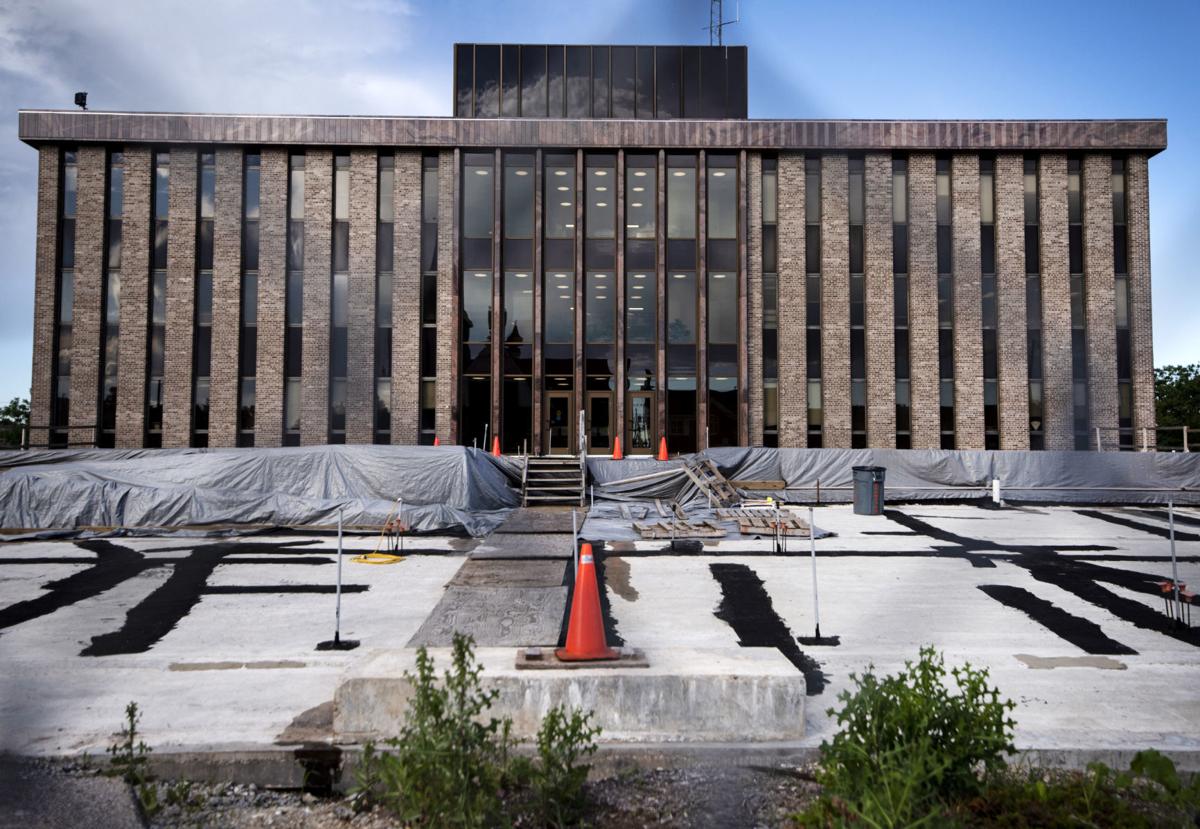 Work has been idled in front of Janesville City Hall, pictured Wednesday.

Work on City Hall was supposed to resume this spring, but City Engineer Mike Payne said crews have not returned to work.

A waterproofing system already installed was determined to be noncompliant with renovation designs, Payne said.

The city is working with general contractor Klobucar Construction to solve the problem, Payne said. He hopes crews can return to the site soon.

“We feel we have an obligation to the taxpayers and public to get what we pay for and expect,” Payne said.

Jim Klobucar, project manager, said his team has been working with the city on a new plan that he hopes will be finalized within the next week.

The contractor intends to continue the work, Klobucar said, with the goal to finish by the end of the year.

The project in 2019 was estimated to cost $2.65 million and to be funded through prior note proceeds and general fund borrowing in 2019 and 2020, according to the 2019 capital improvement plan.

The project’s overrun was borrowed as part of the city’s 2020 debt issuance.

Payne said the overrun was mostly caused by interior leaking found once the project started and not because of project delays, which do not necessarily increase construction costs but do cost the city staff time and resources.

The city is trying to manage the project within its budget and does not plan to borrow any more money to complete it, Payne said.

The waterproofing portion of the project costs about $150,000. It is up to the contractor to figure out funding for redoing that piece of the project, Payne said.

“Nobody likes to see a project sitting idle,” he said. “We are anxious to get restarted and do what is necessary to make (the project) compliant.”

Janesville City Hall will reopen to the public July 8, with restrictions.

Additional service windows will be available. Just one service window has been open since City Hall mostly closed March 20 because of the coronavirus pandemic.

A news release Thursday listed the following restrictions to be followed after reopening:

Masks will be mandatory at Hedberg Public Library, as well.

The City Council will resume in-person meetings July 13, according to the release.

Masks will be mandatory at meetings, capacity will be reduced and social distancing will be enforced.

City Hall renovation to be suspended until spring

Crews working on a more than $2 million City Hall maintenance project will suspend work until spring, pushing the project at least six months past its original estimated completion date.