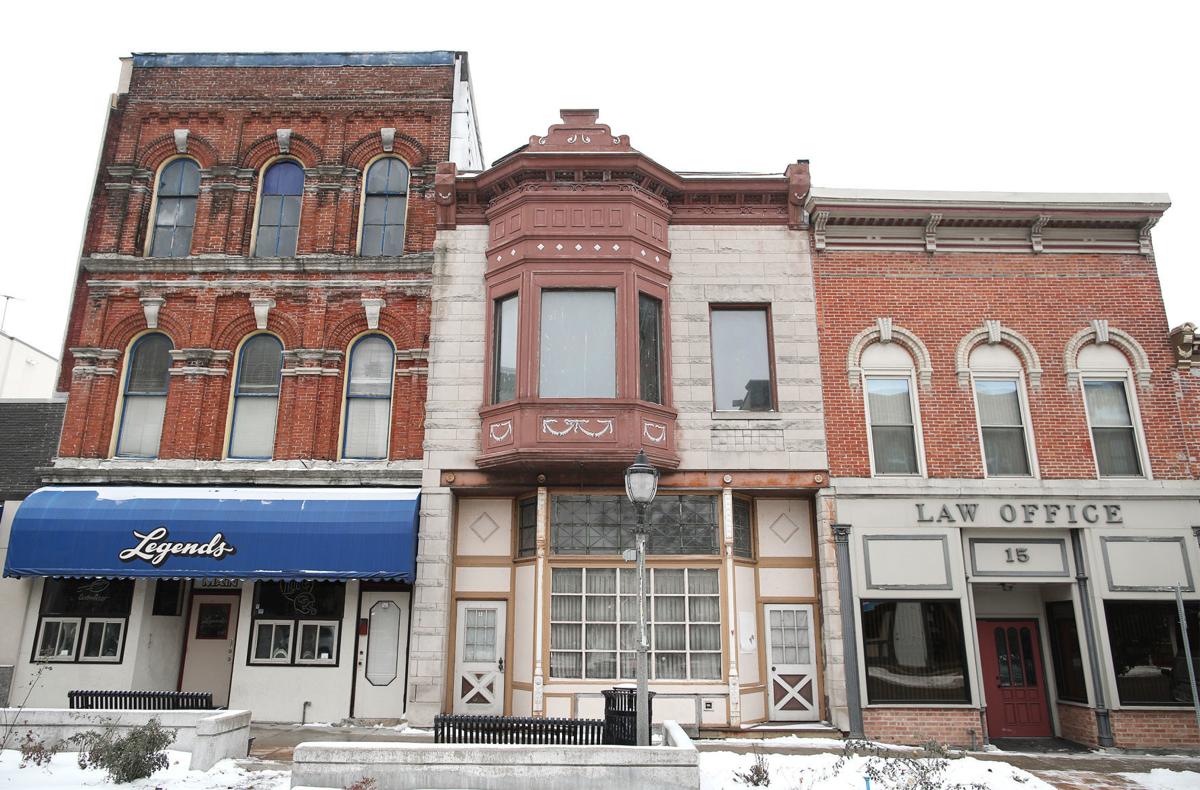 The building at 13 N. Main St., center, in downtown Janesville could be torn down as soon as next month after a potential buyer failed to submit a plan to save it. 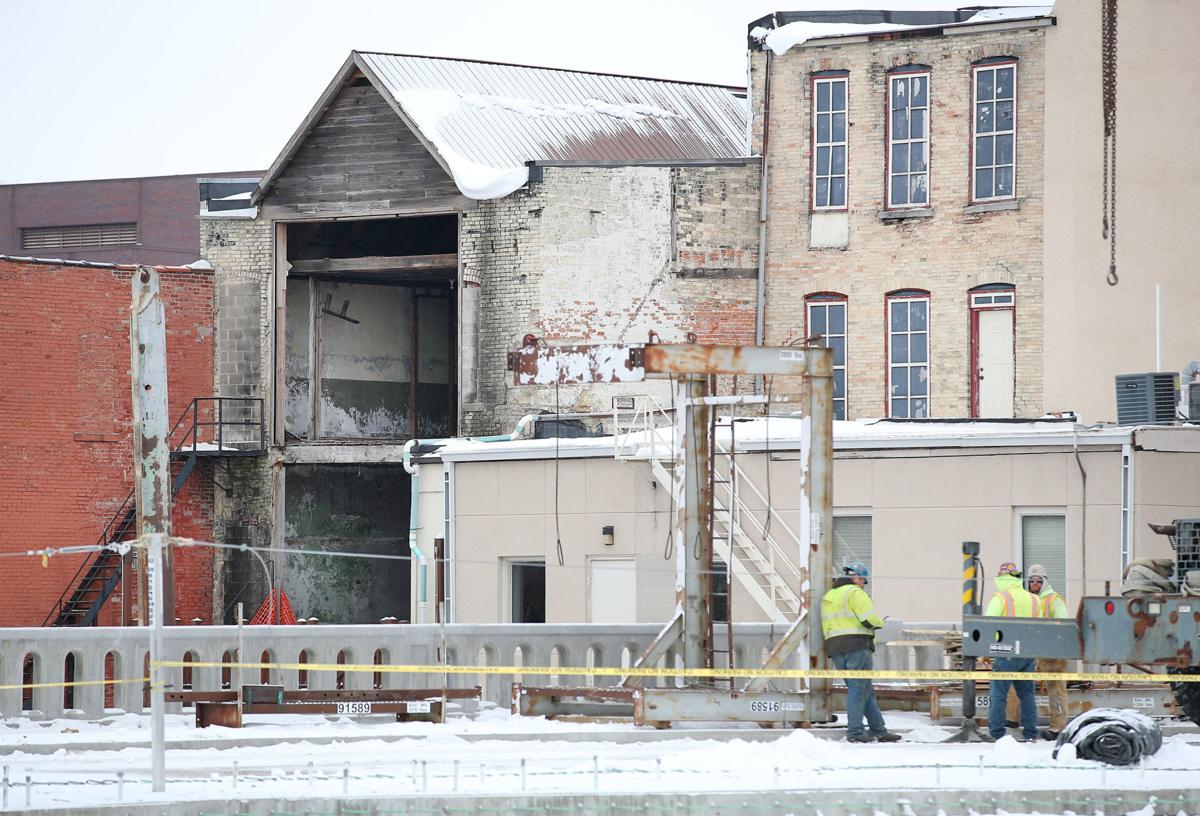 The backside of the building at 13 N. Main St. has been open for more than a year. The building could be torn down as soon as December after a potential buyer failed to submit a plan to save it.

The remaining shell of a downtown building could be torn down as soon as December after a potential buyer failed to submit a plan to save it.

Luther Ledic of Rocket Realty and Property Management had until Nov. 1 to submit to the city a plan of rehabilitation for the building at 13 N. Main St., but no plan was submitted, city Building Director Tom Clippert said.

“I take it as a personal loss I was not able to create a plan to save it (the building),” Ledic said.

Costs for repair and concerns with zoning codes, which he chose not to publicly specify, prevented Ledic from submitting a plan for rehabilitation, Ledic said.

“We are disappointed. I was really looking forward to finding a way to save the building,” Ledic said.

Ledic in May entered a commercial purchase agreement with the property’s owner, Bruce Monson, with the intention to save the building.

Monson still owns the property and will continue to own the empty lot after the city demolishes the building, Clippert said.

City officials have no plans to buy the property, Clippert said.

The city issued a raze-or-repair order for the building in September 2018. The city and Monson negotiated for months but could not reach an agreement.

The building is a safety hazard that likely will collapse if nothing is done, Clippert said.

The rear exterior wall facing the Rock River was removed, the inside of the building has no structure and there are holes in the floor, Clippert said.

It will cost the city $158,443 to demolish the building. That cost will be billed to Monson, Clippert said.

Clippert is working to schedule a meeting between the contractor, Fisher Excavator out of Freeport, Illinois, and neighboring property owners to discuss how the building will come down.

Demolition will be tricky, and details will be hashed out at the upcoming meeting, Clippert said.

The entire building will have to come down, leaving behind an empty lot, Clippert said.

To prevent the building from being razed, Monson would have to enter a compliance agreement with the city, create a plan for how he intends to renovate the building to code, provide a financial plan for the rehabilitation and have cost estimates from contractors, Clippert said.

The following properties have been issued raze or repair orders in recent years by the city.

Owners of the hotel have complied with a compliance agreement between the city and owners. There is one remaining part of the agreement to be done, which the city will inspect upon completion.

The raze or repair order will be lifted once all parts of the compliance agreement are fulfilled, city Building Director Tom Clippert said.

The building is still under a raze or repair order. Blackhawk Community Credit Union took over the building in July.

CEO Sherri Stumpf said in September the credit union had plans to demolish the building in October.

But developers working with the credit union said they wanted more time to consider options before demolition, Stumpf said in an email to The Gazette on Thursday.

It is uncertain now if the building will be demolished, but most of the developers have indicated they would demolish the building, Stumpf said in her email.

Clippert told The Gazette the city wants a plan for the building from the credit union by Feb. 1.

The city is waiting for the state District 4 Court of Appeals to schedule a hearing in the ongoing legal battle between Bollerud and the city.

Bollerud and four other tenants live at 419 S. Walnut St., a home Bollerud owns. The city is trying to raze the property after it has received multiple code violations.

The city filed suit in February 2018 asking the court for an order requiring Bollerud and his roommates to vacate the home.

A judge ruled in the city's favor but an appeal was filed in July 2018.

Raze or repair orders were issued for both residential properties under state statutes that allow such orders if costs of repairs exceed 50% of the assessed value of the building.

The city of Janesville has ended negotiations with a downtown property owner over how to fix a dilapidated building, and the city now will seek court permission to knock it down.