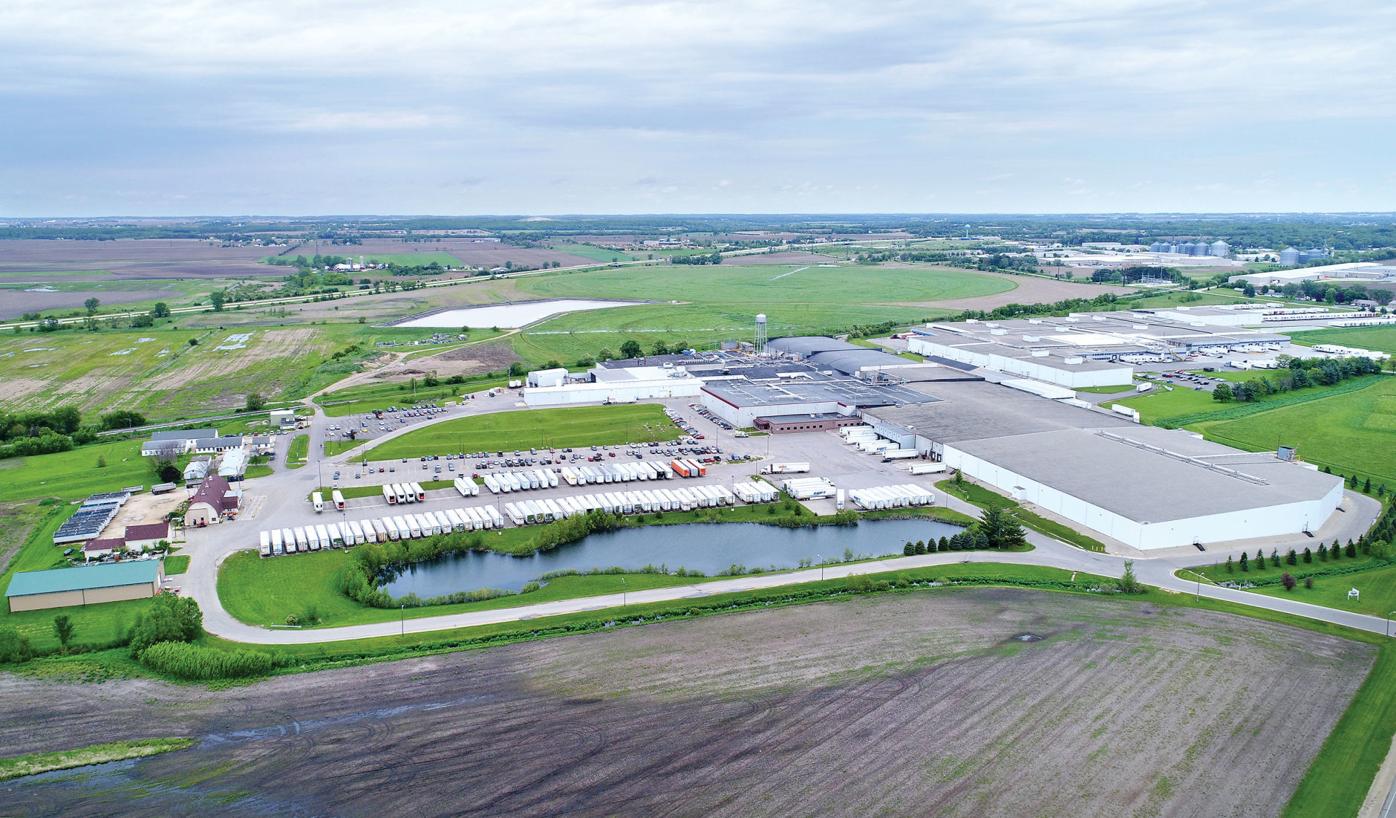 This aerial photo shows the Birds Eye vegetable processing facility in the town of Darien. Residents complained in summer that the facility's smell is worse than it has been in past years. The company says it's working to control the odors. 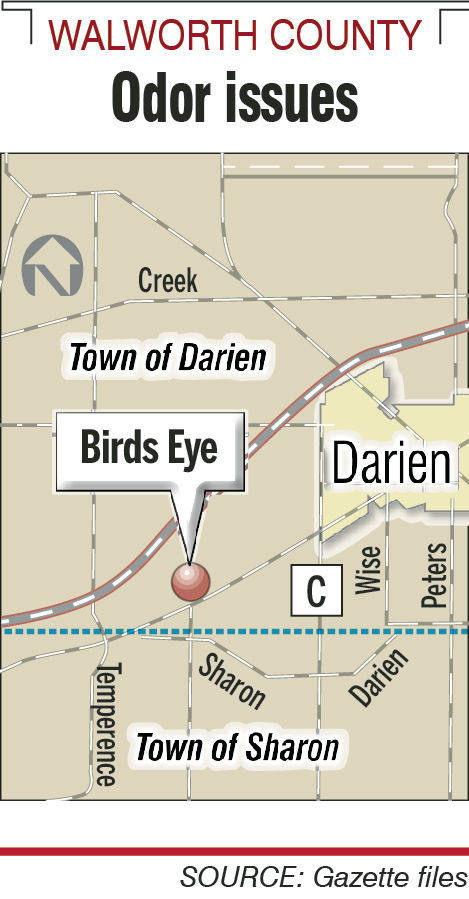 This aerial photo shows the Birds Eye vegetable processing facility in the town of Darien. Residents complained in summer that the facility's smell is worse than it has been in past years. The company says it's working to control the odors.

Local officials are pressing a vegetable processor for updates on its plan to reduce the rancid smell coming from its lagoons, which continues to aggravate local residents.

In the past few weeks, Birds Eye officials have spoken at board meetings in the town of Darien and Walworth County. Elected officials have asked the company to give a timeline for reducing the smell and have questioned its process.

Daniel Majorowicz, an environmental health and safety manager at Birds Eye, told the Walworth County Zoning Agency on Thursday that the company has installed multiple aerators in two lagoons outside its factory in the town of Darien.

Majorowicz said the lagoons, which house sludge from factory waste, are the source of the smell. He said the company irrigates nearby fields with water from the lagoons, and the smell is “more pronounced” then.

He said the company tests the lagoons’ pH levels daily, and the results are positive. He said the levels are improving and the odor is more controlled than it was at this time last year.

Some residents don’t appear to agree.

In the past month, two dozen complaints about the smell were filed in the village of Darien. At least 15 complaints were filed by town of Darien residents during the same period.

When asked to indicate the strength of the smell on a scale of one to 10, some village complainants called it “strong,” “nasty” and “a 15.” According to one complaint, the smell lingered for up to eight hours.

Michael Cotter, director of the county’s land use and resource management department, has collected complaints for the zoning agency.

He said the county could threaten to pull Birds Eye’s conditional-use permit, but that would be an extreme move, and Cotter said it would require a lengthy public hearing process.

Instead, Cotter said the agency wants to find middle ground with Birds Eye. County officials would rather see the company solve the odor issues on its own, he said.

Tensions ran high at a July 10 Darien Town Board meeting when town board member Daniel Kilkenny, also a county board member, pressed an engineer working for Birds Eye to provide easy-to-understand information to residents.

Although officials questioned Majorowicz at Thursday’s meeting, the conversation was mostly cordial. Majorowicz assured the board the smell would be dealt with soon.

A rancid odor from two lagoons at the Birds Eye plant in the town of Darien has been a lingering issue for years.