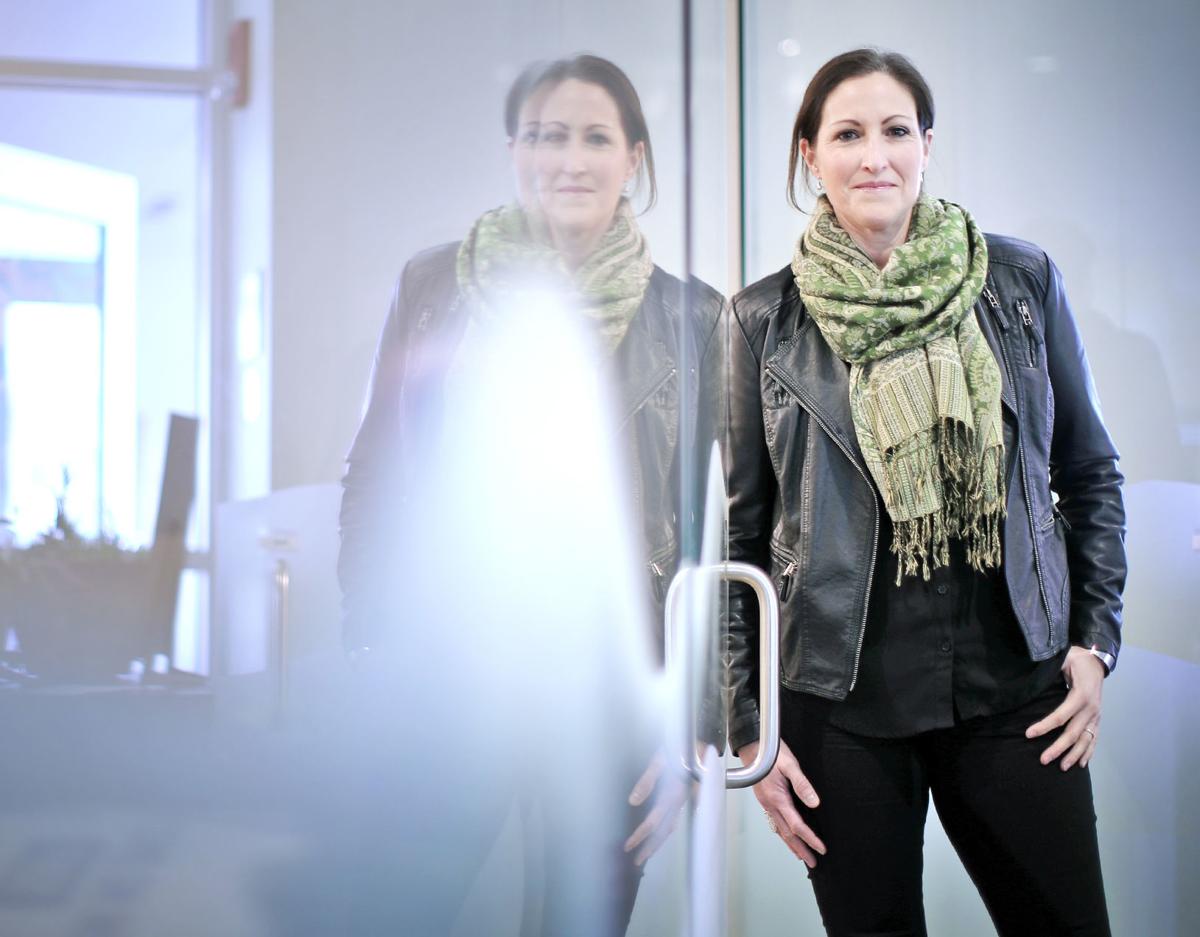 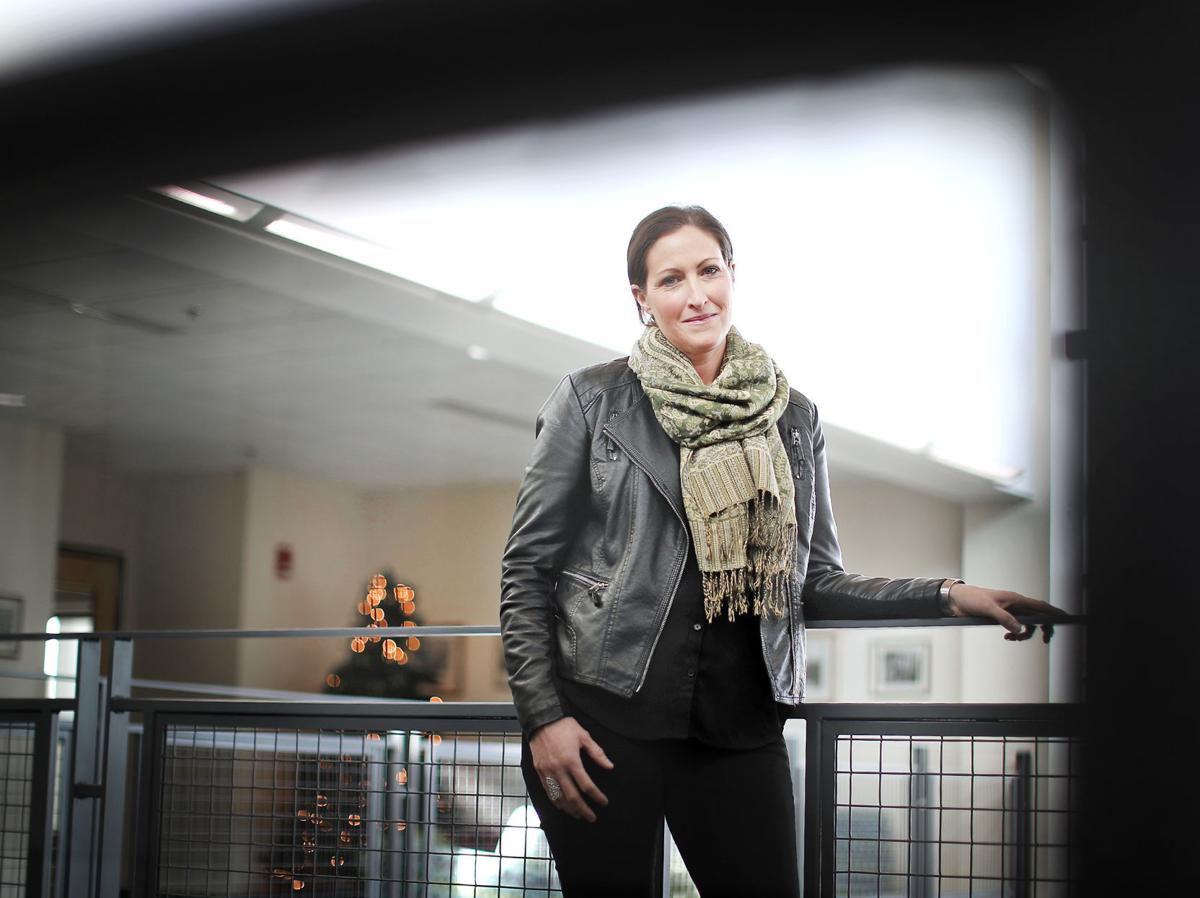 One of the girl scouts Kelly Alicea leads really wants to be a Marine—just like she was.

Alicea wants to support her. She wants to tell her how to make it in the Marines.

But it’s complicated. She remembers what she saw—the immense sexism, the inappropriate comments, the self-doubt, the rape culture, the unequal power dynamics.

“I really want us as citizens who are outside of the military to start working on that because we shouldn’t be afraid to send our daughters to serve their country,” she said in a recent interview.

Alicea, now 39, served in the Marine Corps reserves out of Green Bay from 1999 to 2007. She went to Iraq in 2003 during the presidential call-up as a combat engineer.

Now, she’s a senior in liberal studies at UW-Whitewater, which as part of its events recognizing veterans last month hosted a Women of Valor art exhibit at Roberta’s Art Gallery inside the University Center.

The university in its description of the exhibit said despite serving in all five branches of the military, the service from women has been “invisible.” To address that issue, the university displayed uniforms from UW-Whitewater students who served throughout the military.

Alicea spoke at that exhibit on Veterans Day. On that day, she was glad to be there sharing her stories. But going back just a year before, she said in her speech she could not have found her voice.

“I didn’t feel pride in my service,” she said in her speech. “For years I have struggled with depression and anxiety related to my time in the military.”

The sexism was toxic and pervasive, she said. This went well beyond a few slights.

“I feel honestly that most of my service, most of the time that I spent in service, was shaded by the fact that I was a female Marine,” she said. “Being a female Marine somehow made me not quite fully a Marine.

“And I carried that with me for years until I understood what I’m trying to share now,” she continued. “That it’s these structures and this protection of the patriarchal domination really that causes women to feel like that.”

She has since regained her pride in serving the country she loves. She wants to bring the topic out into the open using her newfound voice and her deepening understanding of the structures and systems that maintain sexism in the military and elsewhere.

There was a fellow Marine who suffered injuries from a car crash and was in all likelihood going to die.

The injuries were bad. Still, Alicea said she wanted to treat him—even if the treatment was more for moral support in the Marine’s final moments than a real chance at saving him.

Afterwards, she said she “got a lot of flak for that from other Marines and from superiors,” who wanted to know why she wasted equipment on someone she knew was going to die anyway.

But to Alicea, this was about dignity in death. And she said she feels like this is an example of a woman bringing a different worldview to the work of a Marine.

Later on, she brought a serious concern to one of her bosses. They then went together to discuss the matter with a commanding officer, who upon seeing them said in front of several other Marines, “Aw man don’t tell me you knocked her up,” as Alicea recalls.

“And everyone laughed,” she said.

Through the military, Alicea received her universal HVAC license, which she said allowed her to work on any kind of HVAC (short for heating, ventilation, and air conditioning) unit.

But even though she said it was a strong credential, she couldn’t find work. This was confounding to her, until someone explained why they wouldn’t want to send a woman in her 20s by herself to work in some basement in a bad neighborhood, for example.

It took her time to recognize how women were treated differently than men, both in the military and in the civilian world.

“Until recently I did not have the theoretical frameworks to understand how dangerous those ideological structures are, but for years I have lived in the consequences,” she said in her speech.

“These are hard things to talk about. They push us past the edges of comfortable conversation into potentially dangerous territories. But this is our job now.”