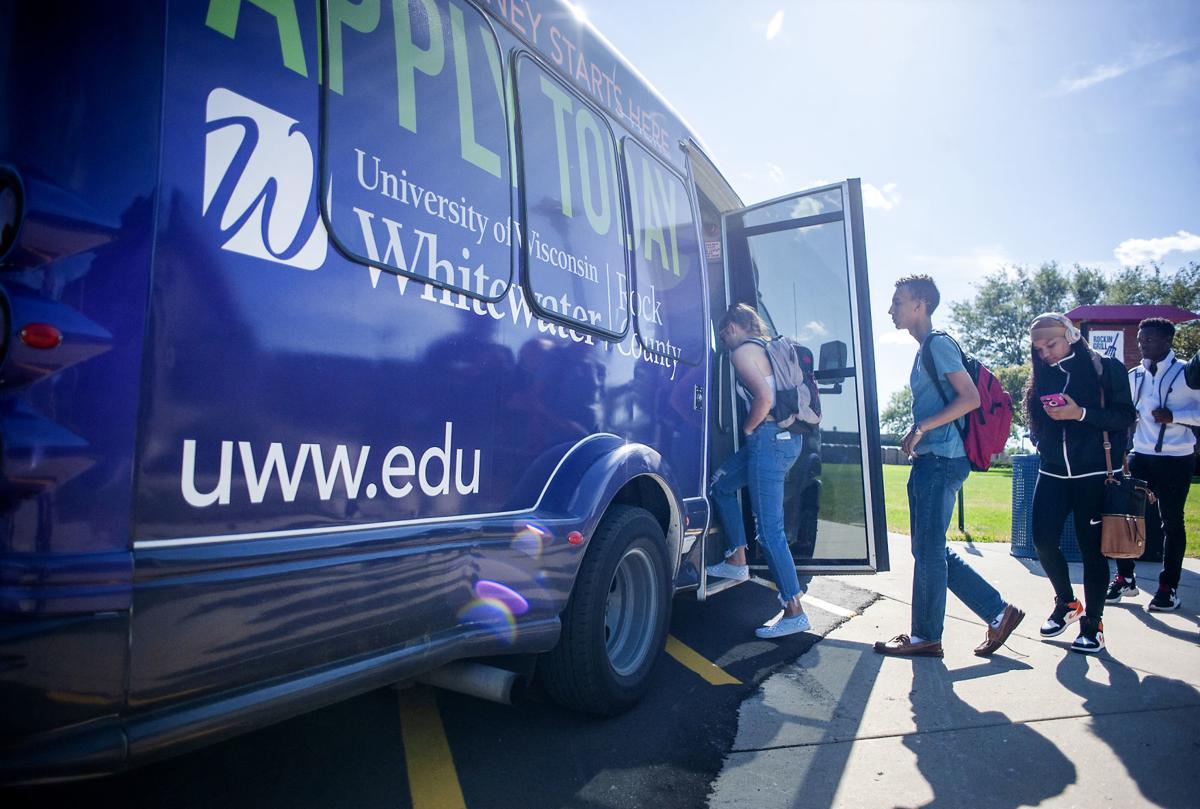 UW-Whitewater at Rock County students step aboard a shuttle that will take them to Whitewater on Thursday, Sept. 26, 2019. 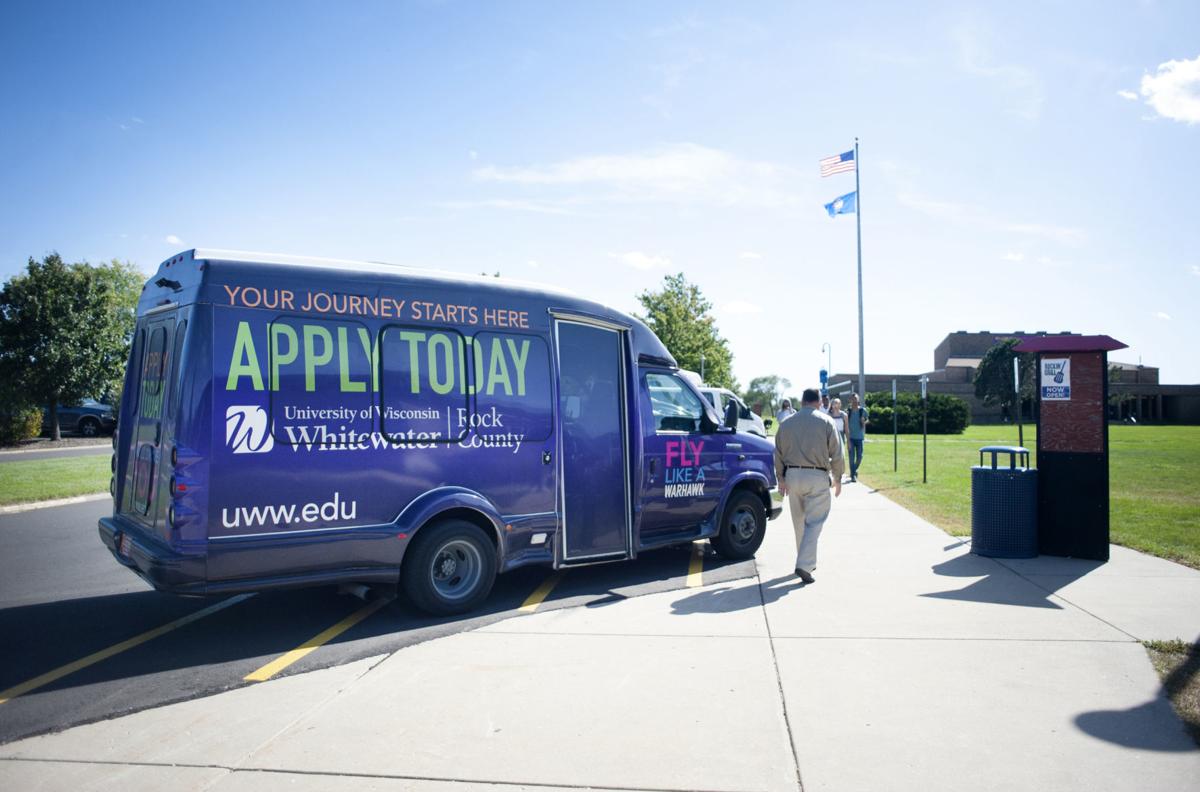 A shuttle to Whitewater is parked at UW-Whitewater at Rock County before picking up students. The shuttle allows students who live in campus dorms to attend classes at the Rock County campus. 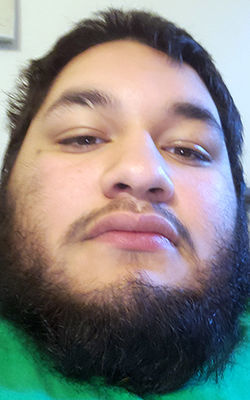 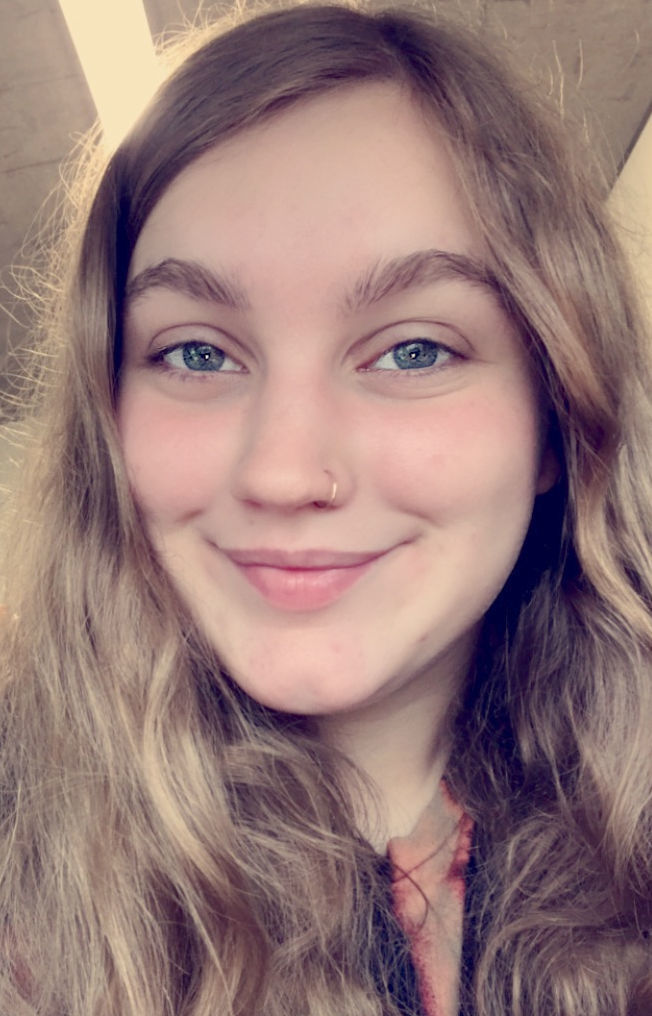 The shuttle that runs to and from UW-Whitewater’s campuses in Janesville and Whitewater saves Jacob Niemuth money.

So much so that he said in a video shared by the university that without the free rides, he probably wouldn’t be going to school now.

While Niemuth said he takes the shuttle from Janesville to Whitewater for classes, a university spokesman said the university also has 73 students who live in dorms in Whitewater and are attending classes on the Rock County campus.

One of those students is Miguel Martinez, a freshman accounting major from Baraboo who lives in Wellers Hall on the UW-W campus. He said during an interview that he takes the shuttle Tuesdays and Thursdays.

But Martinez drives himself to Janesville on Mondays and Wednesdays because he would have to catch the 7 a.m. shuttle—which means waking up at 6:30 a.m. and the chance of missing his alarm.

“That’s kind of a struggle,” he said.

Dominique Hammond is a freshman from Rockford, Illinois. She lives in UW-Whitewater’s newest dorm, which she said she wanted to do so she could be around friends from high school.

But Hammond did not bring a car to campus, so she knew she would need a way to get to Janesville for her math, English, history and psychology classes. She usually doesn’t have more than a one-hour gap between classes at the Rock County campus.

Hammond told The Gazette her math professor agreed to let her out of class early on Fridays so she can catch the 2 p.m. shuttle back to Whitewater. Being able to ride the shuttle also allows her to nap on the ride home sometimes, too.

Originally from India, Pooja Seth is studying computer science at UW-W. She said in the university video she was “very scared” coming to school so far from home, but having access to the shuttle has been helpful because she doesn’t have a car.

On Monday through Thursday, the shuttle makes seven runs, stopping at the visitor center on Starin Road in Whitewater, the Van Galder Bus Company on Pontiac Drive in Janesville and on the Rock County campus on Kellogg Avenue. It makes six runs on Fridays.

On its website, the university notes Blackhawk Technical College also has bus routes stopping on the UW System school’s two campuses, and the Janesville Transit System runs routes through the city.

UW-Whitewater at Rock County's Student Housing Committee held a community forum Thursday to discuss the results of its year-long student housing study. The committee recommended that the college pursue some type of residence hall.

UW-Whitewater at Rock County has explored the idea of building dorms in Janesville. A fall 2017 student survey said 62% of students would consider living on campus if that were an option.

In the meantime, Jane Mortensen, a shuttle driver, said in the university video that the service’s “mission” is to transport students from their dorms in Whitewater to the Janesville campus.

“I think we’re going to need a bigger shuttle,” she said.

UW-Whitewater is exploring the idea of adding a daily commuter bus to and from the Milwaukee metro area, but the campus police chief said they are only gauging interest at this point.