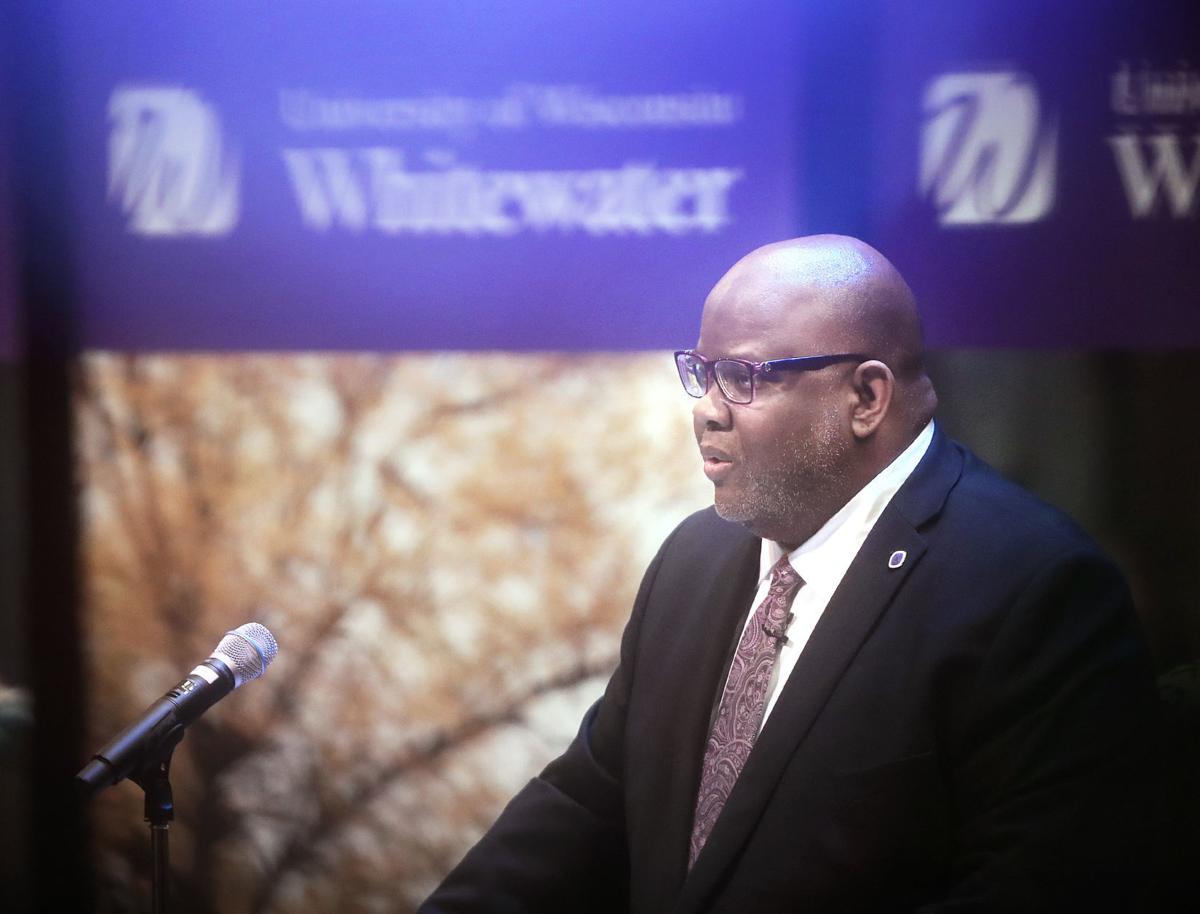 Chancellor Dwight Watson gives his first State of the University address in the Young Auditorium on Monday. 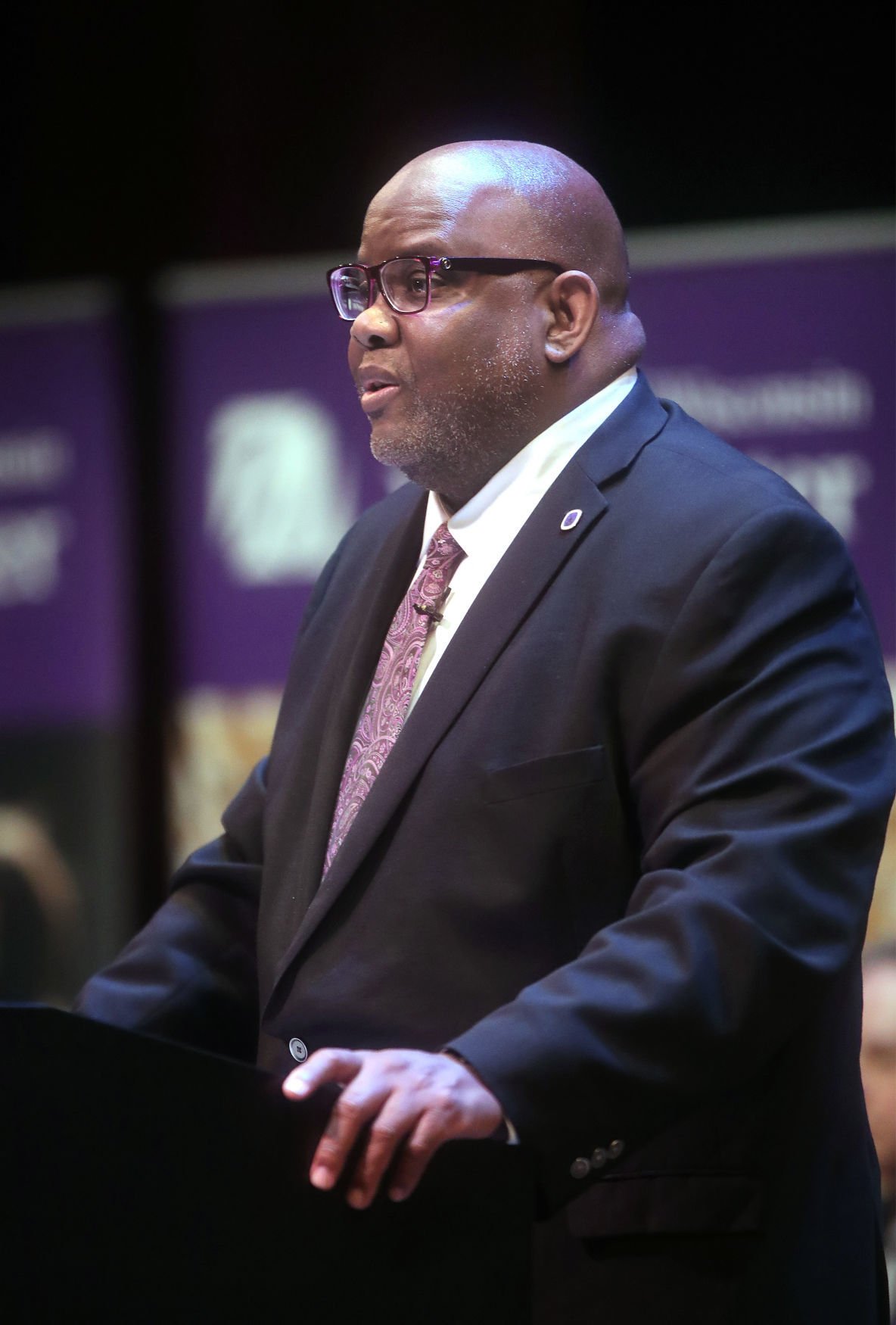 Chancellor Dwight Watson gives his first State of the University address in the Young Auditorium on Monday.

Officials at UW-Whitewater shared examples Monday of how the university can save millions of dollars as it faces declining enrollment.

Chancellor Dwight Watson held his first State of the University address Monday. Much of the speech centered on budget concerns.

Watson on Jan. 23 announced preliminary plans to cut the university’s budget by $12 million over the next two years.

Watson introduced three members of his cabinet to speak on how their respective divisions are working to cut expenses and increase revenue.

The division has done so by increasing efficiency, absorbing and restructuring workload for faculty and staff and reorganizing service efforts, Crickette said.

Efficiency and cost saving efforts include:

The university’s Process Improvement Advisory Team has at least 20 projects in the works that could save $750,000 as it focuses on incremental changes to improve university processes, Crickette said.

Interim Provost Greg Cook said the university has to maintain its strength of having talented staff that provide students individualized attention.

Watson acknowledged the campus’ concern about potential layoffs or staffing cuts but did not give insight as to when or how layoffs could happen.

The university will spend $1.3 million in the coming year on strategies for attracting new students, Cook said.

UW-Whitewater in the fall will offer new degrees in business analytics, higher education leadership and communication.

The UW-Whitewater at Rock County campus is partnering with UW-Platteville to offer bachelor’s degrees in mechanical and electrical engineering, Cook said.

The UW System Board of Regents will vote this week to approve two new master’s degree programs for UW-Whitewater—cyber security, and instructional design and learning technology.

Not mentioned during Monday’s address was the Board of Regents upcoming vote to raise tuition for nonresident and graduate students.

The board on Friday will decide whether to allow a 1% to 3% increase in tuition for those groups of students, according to the Wisconsin State Journal.

In-state undergraduate tuition cannot be increased because of a statewide tuition freeze approved in 2013.

Many programs under the student affairs division are self-sustaining because of student fees, meaning they are less likely to be affected by declining tuition funds, said Artanya Wesley, interim vice chancellor for student affairs.

Some of those programs include textbook rental, university health and counseling services, dining services and housing services.

Fees are adjusted in correlation with enrollment changes to avoid burdening students with fees, Wesley said.

The university will schedule community listening sessions to gather input as budget decisions continue to be made, Watson said.

Watson encourages listeners to “speak their truth” at upcoming listening sessions and to let their opinions be guided by facts, not speculation.

After The Gazette notified UW-Whitewater this week about a pending story on the still unfulfilled records request and sought comment, the public records custodian sent the documents late Tuesday.