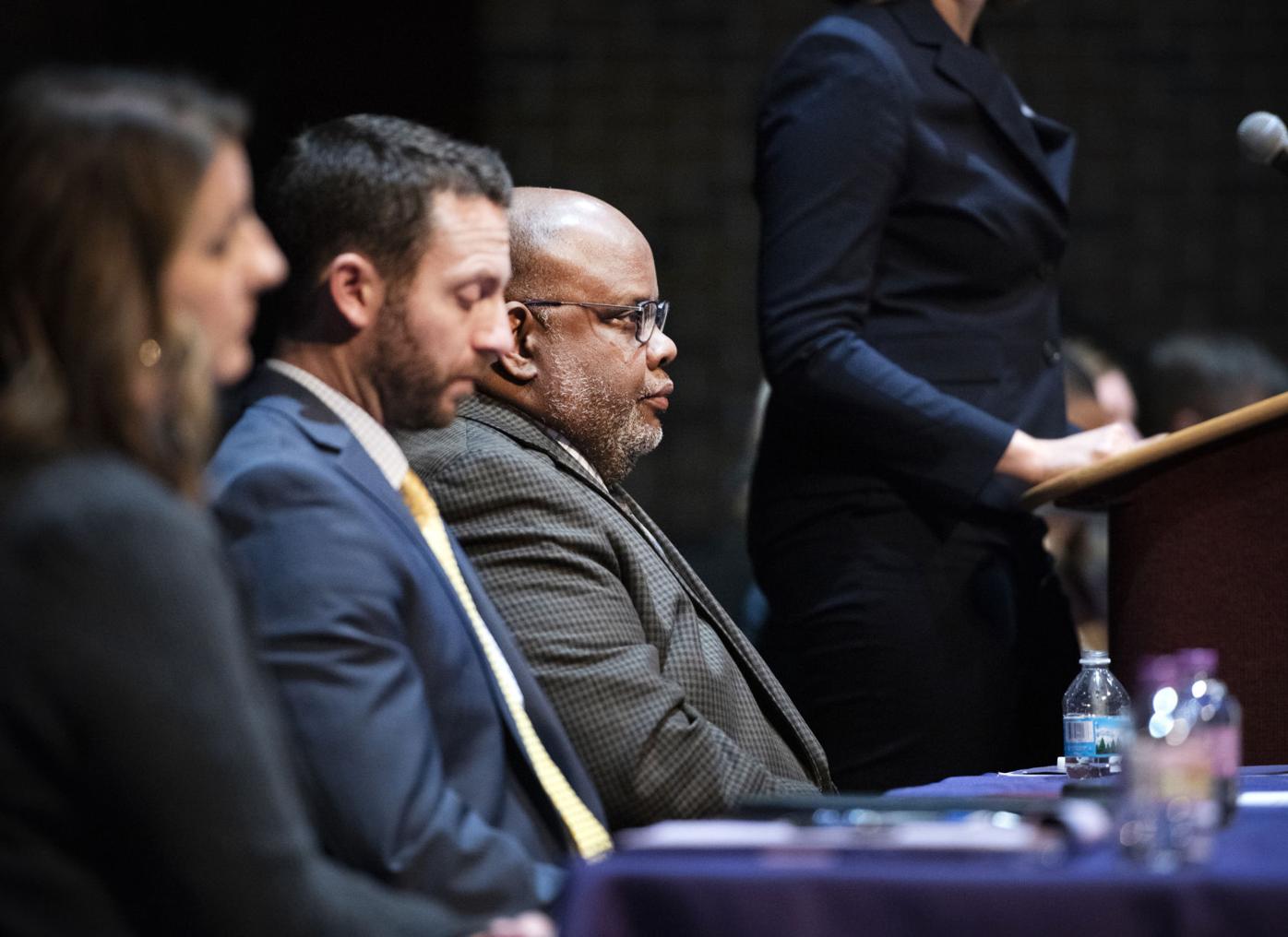 Chancellor Dwight Watson, right, sits with other administrators at a listening session Feb. 10 at UW-Whitewater at Rock County in Janesville. 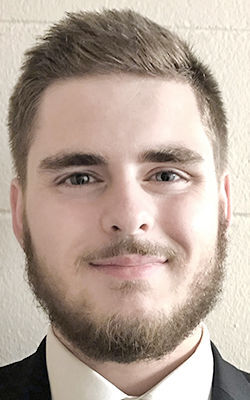 UW-Whitewater Chancellor Dwight Watson is on paid administrative leave pending the outcome of an investigation into an unspecified complaint, Interim UW System President Tommy Thompson said in a statement Thursday.

The brief statement says the leave is effective Thursday. Interim Provost Greg Cook will take over leading the university “until the complaint is resolved,” Thompson wrote.

“We will have no further comment on this personnel matter at this time,” the statement reads.

Thursday’s news comes just one day after the start of classes amid the coronavirus pandemic. UW-W, like other campuses across the state and country, is navigating the monumental task of trying to have students on campus while attempting to minimize virus risk and exposure.

The UW System has not made it clear when a complaint was made, what the investigation is focused on, or how it might pertain to Watson.

As Chancellor, Watson was being paid $240,000 when he was hired last year, according to university records.

The holder of the top post at UW-W has been under investigation in recent years before Watson, as well.

Investigators looked into Watson’s predecessor, Beverly Kopper, for her handling of sexual harassment claims made against her husband, Alan “Pete” Hill.

Those investigators found no direct evidence she knew of Hill’s “pervasive and well-known” sexual harassment (harassment that he has denied doing), but they also reported that it was “at best” a “blindspot” for her.

Investigators: Kopper not knowing about husband’s sexual harassment was a ‘blindspot’

Whitewater City Council President Lynn Binnie said in an email Thursday that the timing of losing Watson for at least some time and the departure of Grace Crickette, the vice chancellor for administrative affairs who is taking a job at UW-Eau Claire, “seems very inopportune.”

“I feel sure that the news that the chancellor is on administrative leave came as a jolt to many in our community,” Binnie said. “This is obviously a very challenging time for the university in many ways.”

He said he was still trying to compute Thompson’s short statement, particularly the words “investigation” and “complaint.”

Palmer, who lives on campus, just started attending fall semester classes this week. Palmer also just wrapped up a stint on the Whitewater City Council. He stepped down from the council after moving out of the district he’d represented.

Tuesday was Palmer’s final city council meeting. At that meeting, he and the council spoke with Watson about the topic of possible fines for students holding large house parties during the COVID-19 pandemic.

“We were discussing outdoor parties and how we can try to maintain social distancing and keep people safe. So this (Watson) news is a complete shock,” Palmer said.

He said he was on the student committee who helped select Watson as a new chancellor. He said as of Thursday morning he had not heard any hint of why Watson was placed on leave.

“It’s unfortunate, but, you know, we are in a country where we believe that you’re innocent until proven guilty. So, hopefully, there’s nothing backing up allegations or whatever have been put against him. He seems like a really good man. He’s done good things for the university,” Palmer said.

He said it’s “troubling” that another top university leader is under the microscope after the upheaval that came during former Chancellor Kopper’s resignation at the end of 2018.

“You always need a top leader,” Palmer said. “This would be very unfortunate for Whitewater when you look at the facts of previous history.”

Kopper resigned from the chancellor position Dec. 31, 2018, which was about six months after former UW System President Ray Cross banned her husband from campus.

Kopper officially retired from UW-W on Jan. 5, 2020, after never going through with plans to teach psychology that previous fall semester.

For the first eight months of her paid leave after stepping down as chancellor, she still collected her chancellor’s salary. Then she spent most of the fall 2019 semester on paid leave under the Family and Medical Leave Act.

And the chancellor before Kopper, Richard Telfer, is still involved in a 4-year-old wrongful termination lawsuit filed by former wrestling coach Tim Fader.

Fader has said he was forced out of his job for reporting a 2014 alleged sexual assault by a wrestling recruit to police before notifying university officials.

Telfer retired as chancellor in 2015.

Palmer said in that the first few days of classes, he’s felt an already tense vibe around campus and in class. He called the atmosphere “very stressful,” a pervasive feeling among students that he said stems from uncertainty over starting a semester under the cloud of an ongoing pandemic.

“You’re back in class, listening to a teacher lecturing through a mask. I understand the safety ideal, but it’s not a way to learn,” Palmer said. “I just had my first class. Out of an hour and a half, I only got maybe 30 words where I could understand what the teacher was talking about. It’s stressful.”

Palmer believes word of Watson’s leave will spread through campus “pretty fast, like big gossip in a small town, which in a sense, UW-W is.”

He said students already are feeling unsteady, with some still trying to decide whether they’d made the right decision returning to campus this fall. Some universities in other, adjacent states already are considering shutting down again because of outbreaks of COVID-19 infection.

Add upheaval in the university’s top leadership on day two of the school year, and it might make the semester feel for some students to be even more up in the air than before, Palmer said.

“People are scared,” Palmer said. “It adds to the stress.”

This story was updated at 5:10 p.m. Thursday with reaction from the Whitewater City Council president and to clarify that Greg Cook was the interim provost.