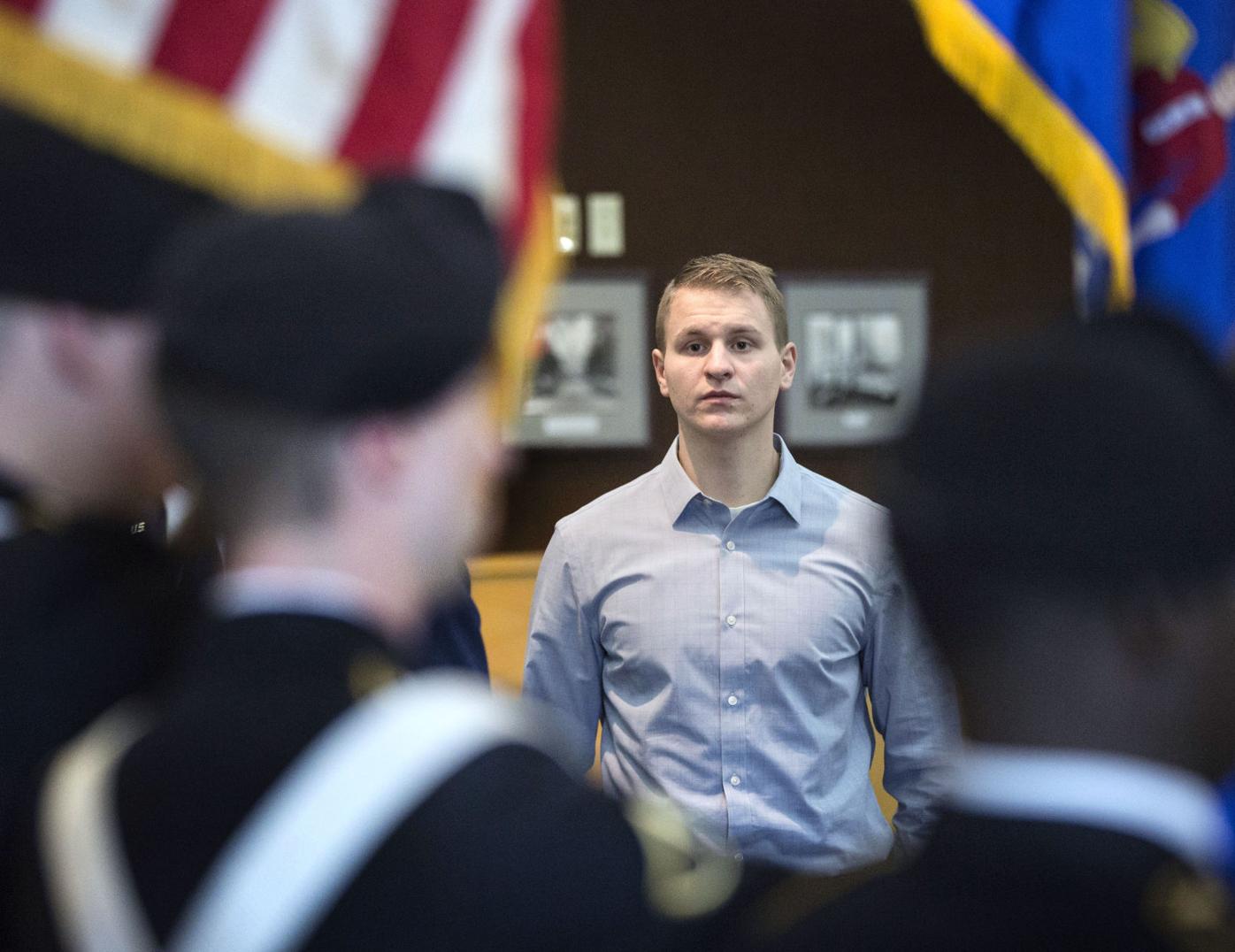 U.S. Army veteran Thor Manson stands during ‘The Star-Spangled Banner’ at a Veterans Day ceremony at UW-Whitewater in 2018. Manson is was one of 62 students from across the country to win the Truman Scholarship and the first from UW-Whitewater. 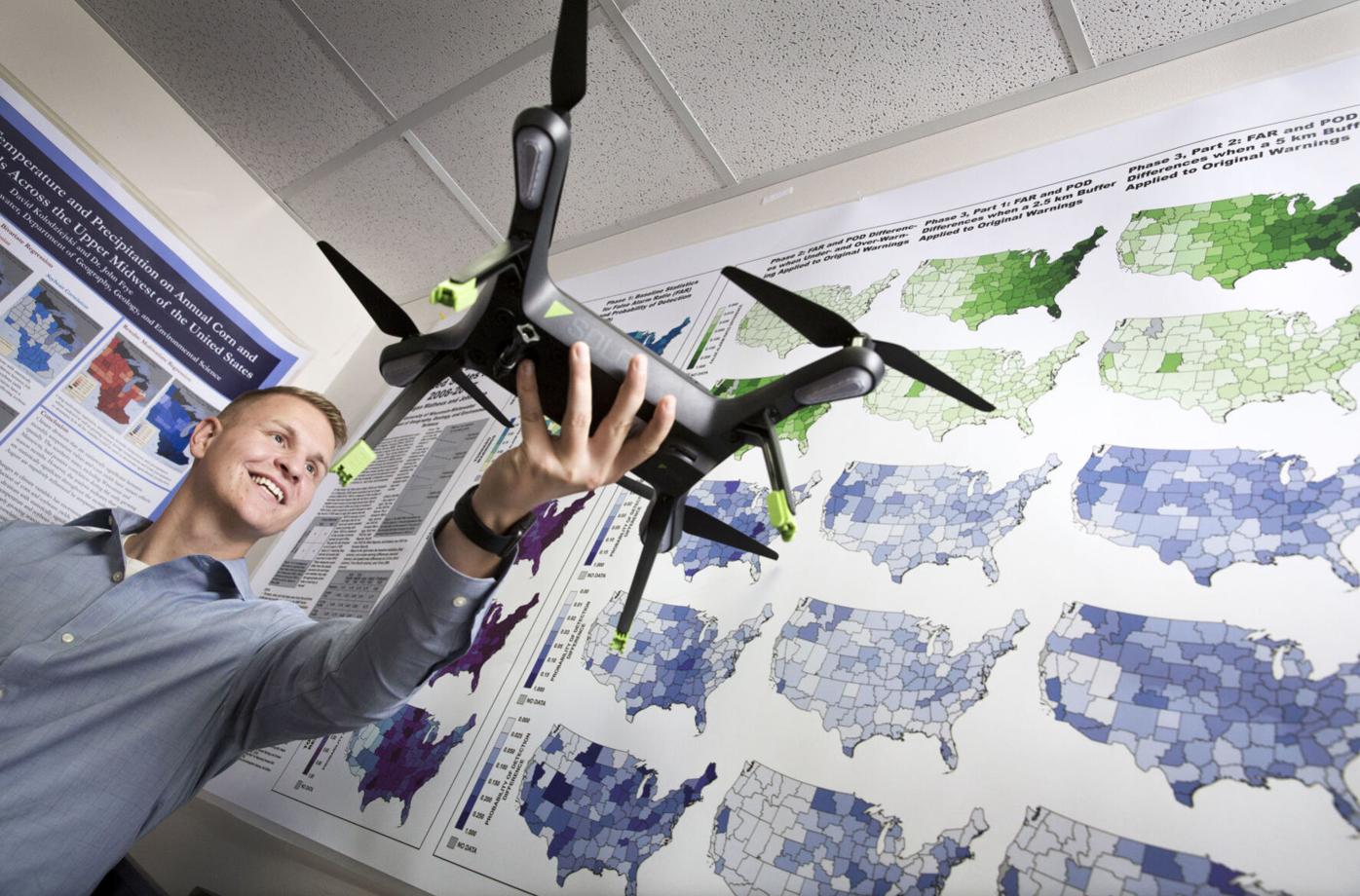 Thor Manson holds one of the drones used in the GIS research lab at UW-Whitewater. 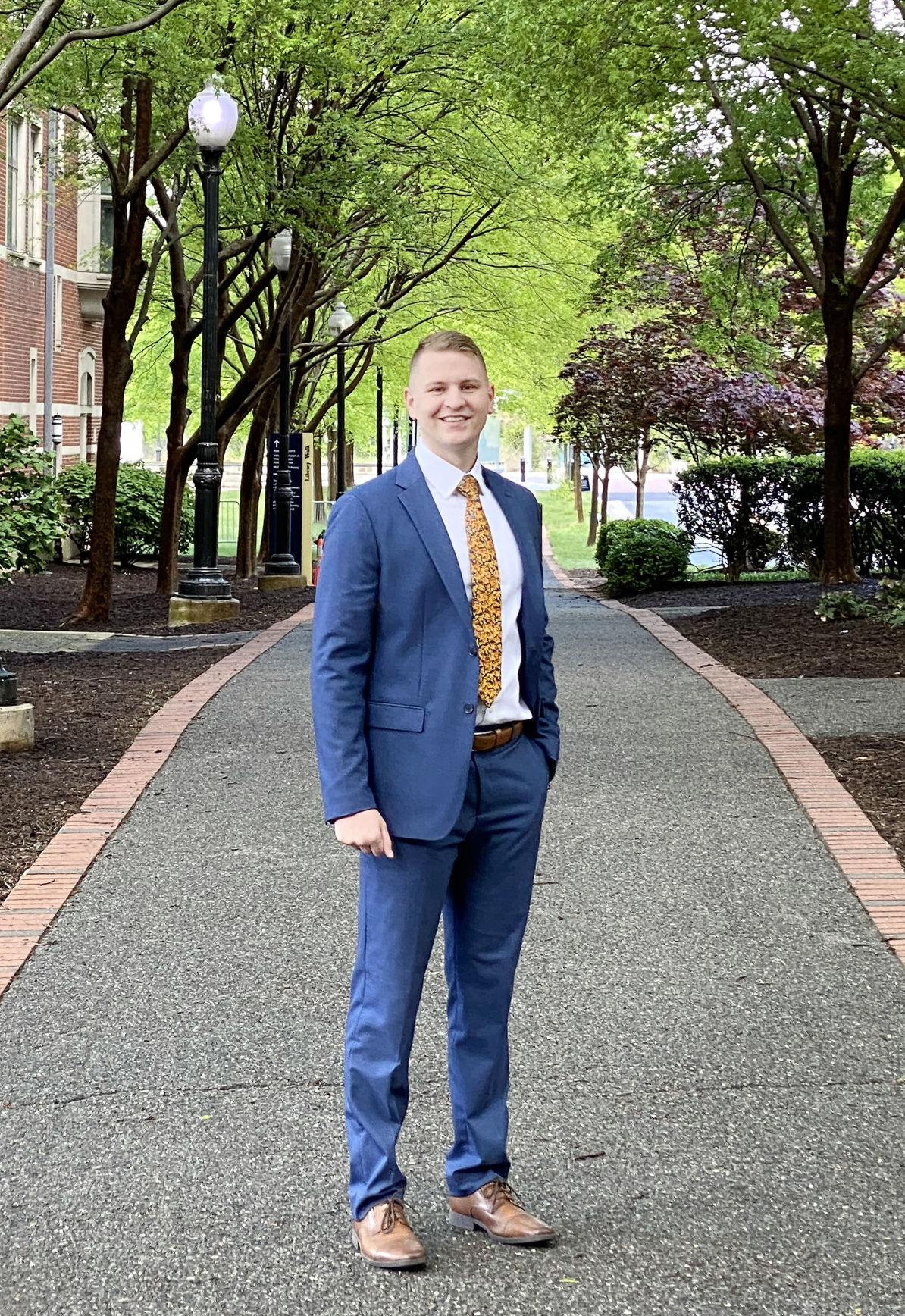 U.S. Army veteran Thor Manson stands during ‘The Star-Spangled Banner’ at a Veterans Day ceremony at UW-Whitewater in 2018. Manson is was one of 62 students from across the country to win the Truman Scholarship and the first from UW-Whitewater.

Thor Manson holds one of the drones used in the GIS research lab at UW-Whitewater.

One of Thor Manson’s advisers from UW-Whitewater asked him to jump on a Zoom call one April night to talk about revising some requirements for the major.

The geography student, who graduated in December, was happy to help out.

They were sidetracked into a conversation about the political situation in Ethiopia, where Manson said the adviser’s wife is from, when another guest entered the video chat.

It was Chancellor Dwight Watson. But Manson said he “didn’t skip a beat” until Watson asked him about the Truman Scholarship for those interested in public service.

Manson was “kind of disappointed.” He had applied for that scholarship but expected to hear back by April 15, and it was already April 18.

“Yeah, I just feel like I’m pretty bummed out. I haven’t heard anything back from the foundation yet,” he remembered telling Watson.

“He gets this big grin on his face,” Manson said.

They surprised Manson and told him he was one of 62 students from across the country to win the scholarship named after the 33rd president. And Manson was the first from UW-Whitewater.

In the fall, Manson will be attending graduate school at Georgetown University. Currently, he’s a foreign policy analyst in Washington, D.C. The scholarship will be a minimum of $30,000, he said.

Dr. Terry Babcock-Lumish, the Harry S. Truman Scholarship Foundation’s executive secretary, said in a news release that the scholars “reflect our country’s sustained commitment to the future of public service.”

“This past year presented seemingly insurmountable challenges,” she said. “Now is precisely the time to reinvest in diverse public servants who reflect America’s resourcefulness, resilience and leadership.”

Manson, from Fall River, said he really wanted to study at Georgetown, but it wasn’t going to be cheap.

He said he joined the U.S. Army after high school in search of some “economic stability.”

He called himself a “child of the recession” because both of his parents—his mom at an office job for Waste Management and his dad at a printing press company—lost their jobs around 2008 when he was 12 years old.

“It was a very shocking experience,” he said. “I went to summer camp, like any normal middle-class kid would do. I was gone for three weeks. When I left, we lived in a house. When I came back, we were in a new apartment in a new city.

“Now we lived in a two-bedroom apartment with my three brothers and my two parents,” he continued. “I didn’t understand what was happening.”

Manson was eventually deployed to Iraq in 2016. He never saw combat, but he said he was part of a planning group for the United Nations UN-Habitat initiative as they tried to plan for the millions of refugees that would be leaving the formerly IS-captured city of Mosul.

Previously, he had thought about a marketing degree. Maybe he could get a “cool, fun job” with an advertising firm. But he said his experience overseas pushed him into pursuing public service.

His life for the previous two-and-a-half years had been devoted to the military. Coming home and going to school felt “very selfish.”

“That was a big struggle for me,” he said. “I know that a lot of other veterans face that. They feel like they’re wasting their potential or being selfish and not serving others. So that was a big thing I had to get over—to put myself first in this way because I had already given so much of myself.”

“College isn’t as easy as everybody wants it to be if you’re really trying,” he said.

He has worked in the public sector before. He said he was an intern with the city of Fort Atkinson, and he worked in Sauk County’s land records office.

“I’ve known the importance of government for a big portion of my life,” he said.