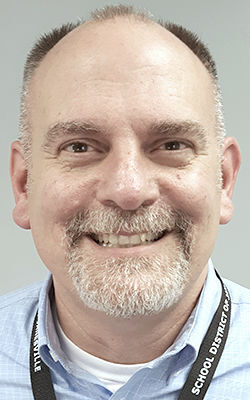 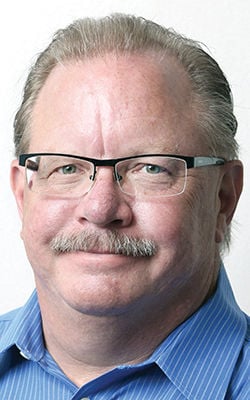 By taking out a line of credit worth up to $3 million, the Janesville School District will be able to cover its November expenses.

Dan McCrea, chief financial officer for the district, said the move is necessary.

The school board agreed Thursday, approving the line of credit on an 8-0 vote.

The district’s expenses are up this month, but the district won’t receive its next state aid payment until December. Those payments are sent to school districts across the state in five installments in September, December, March, June and July.

McCrea said a line of credit differs from a loan because it is paid back in a shorter period of time.

He called it a “backstop” until the district receives its next chunk of state aid next month.

The shortfall was predicted in the district’s 2020-21 budget, which was approved unanimously by the school board. McCrea said November is a notoriously thin month for school districts.

“The line of credit is really for a short period of time to bridge (between payments),” he said.

McCrea said the district expects to pull about $2 million Nov. 20 to cover costs and then repay the amount Dec. 8. The district will pay interest only on the amount of money it pulls and not the full $3 million, if unused. Interest will accrue until the money is paid back.

The district’s actual cost for the loan is not expected to exceed $10,000, including interest, he said.

No one item or reason caused the shortfall this year, but COVID-19-related grants made the decision necessary.

“We probably could have got by, but because of what we’ve been doling out in response to COVID is probably driving us to where for sure we need it,” McCrea said.

Both ESSR and GEER grants require the school district to buy items and then file for reimbursement after the purchase, and some of those claims have not been filed or completed yet. That creates some temporary strain but no long-term problems.

“What’s happening this year is when we look at the GEER and ESSR funding, we are expanding quicker than we are able to file claims,” he said.

“We didn’t know this was coming as part of our budget assumptions. We just knew November could be lean because it’s very common for school districts to have lean Novembers. … A line of credit is a 20-day period. We don’t need it throughout the year, so we’re just going to pay interest on the 20 days that we use it, and then we’re done.”

School board President Steve Huth said the proposal makes sense based on past district practices.

“School districts occasionally need to borrow money due to the cash flow from the state of Wisconsin. State aid does not come in regularly enough that it matches the expenses of most districts,” he said.

“In our case, we’re just preparing in case of something unexpected like storm damage or something along those lines … so we can continue to pay our bills on time.”

Huth said that while some school districts or nonprofits might choose to delay payment on a bill instead of borrow, Janesville officials decided this was the better option.

“We always pay our bills on time,” he said.

If necessary, the district would have until June 30 to use the leftover money for future shortfalls, but McCrea said district officials don’t expect to need it.

After a passionate and winding discussion that included several failed motions Thursday night, the Janesville School Board voted, 5-3, to postpone the start of winter sports competitions until Dec. 1.