But a member of the school board said Tuesday night he’s not sure the survey results are valid because a survey question about the cost of one referendum was not clear.

The survey was created by the Donovan Group and sent to residents during the final weeks of July. 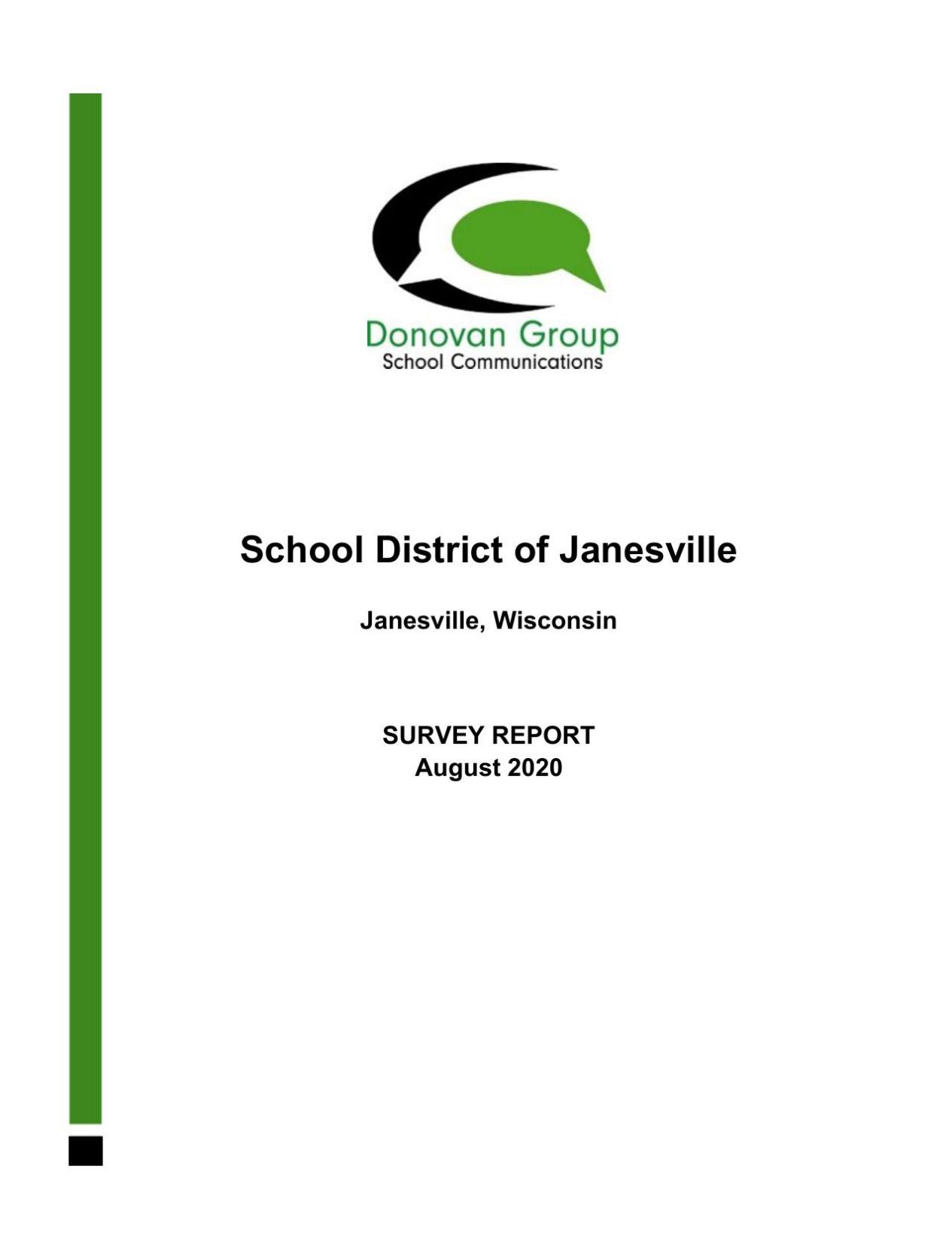 A $22.5 million capital referendum would add safety and security measures at school buildings and replace old boilers in multiple school buildings. If approved, the result would be a $5 increase per $100,000 of equalized property value every year until the debt is paid off. Chief financial officer Dan McCrea said the district’s estimate is the debt would last 20 years.

The $37 million operational referendum would address “urgent issues,” such as maintaining programs and services, salaries and other costs associated with daily operations in a school district. It would cost taxpayers an increasing amount each year over four years.

Superintendent Steven Pophal said similar to other districts, 78.5% of the budget is in salaries and benefits. If an operational referendum isn’t passed, staff would likely be laid off and class sizes would increase.

Results were shared with the Janesville School Board at a special meeting Tuesday. No action was taken, but the board needs to decide at its Tuesday, Aug. 11, meeting whether to put the referendums on the November ballot.

Board member Kevin Murray said he is unsure if the data from the survey is accurate or usable after receiving further explanation. He understood the survey to be asking for a flat $40 each year for four years for the $37 million operational referendum. Other board members said that was their understanding, too.

“I’m really concerned now with the new information I just learned today about the tax implication. That’s brand new, and in my opinion this survey didn’t explain that,” Murray said.

Murray did say the numbers make sense after further explanation and when he considers graphs that show an escalating shortfall over time, but the community needs that to be clear before the board chooses to go to referendum.

Board member Lisa Hurda asked that the district consider other ways to engage with the community to further explain the numbers and help residents understand, especially those who might be requesting mail-in ballots.

Board member Dale Thompson asked what would happen if the operational referendum isn’t passed.

“When you say operational, that’s just a bowl of Jell-O to me,” he said.

To add referendum questions to the November ballot, the district must notify the county clerk by the end of business Aug. 25.

An estimated 32,000 households received the survey through the mail, and it was completed by 1,870 people for a response rate of 5.8%. While the response rate was lower than expected, it is comparable to other similar surveys, according to the report.

“It is important to note that, for most items, there was a high level of clarity in terms of the preferences of the survey takers,” the report reads. “As such, it is very unlikely that more responses would have dramatically changed the survey’s results.”

After outlining that declining enrollment gives the district a lower revenue limit than many area school districts but bills that still need to be paid, the survey asked respondents if they believe this is an issue.

Nearly 81% of respondents agreed or strongly agreed the district’s operational needs should be addressed now.

Other items outlined in the report include:

Board president Steve Huth said Tuesday he believes the district’s ask of $22.5 million in capital projects is justified considering the more than $100 million in previously outlined facility needs across the district. By addressing the urgent needs and the top priorities residents outlined in the survey, the board would be doing right by voters, he said.

The Janesville School Board will re-visit the topic at its Aug. 11 meeting, when it will decide whether or not to go to referendum in November. The district must inform the county clerk's office by Aug. 25.