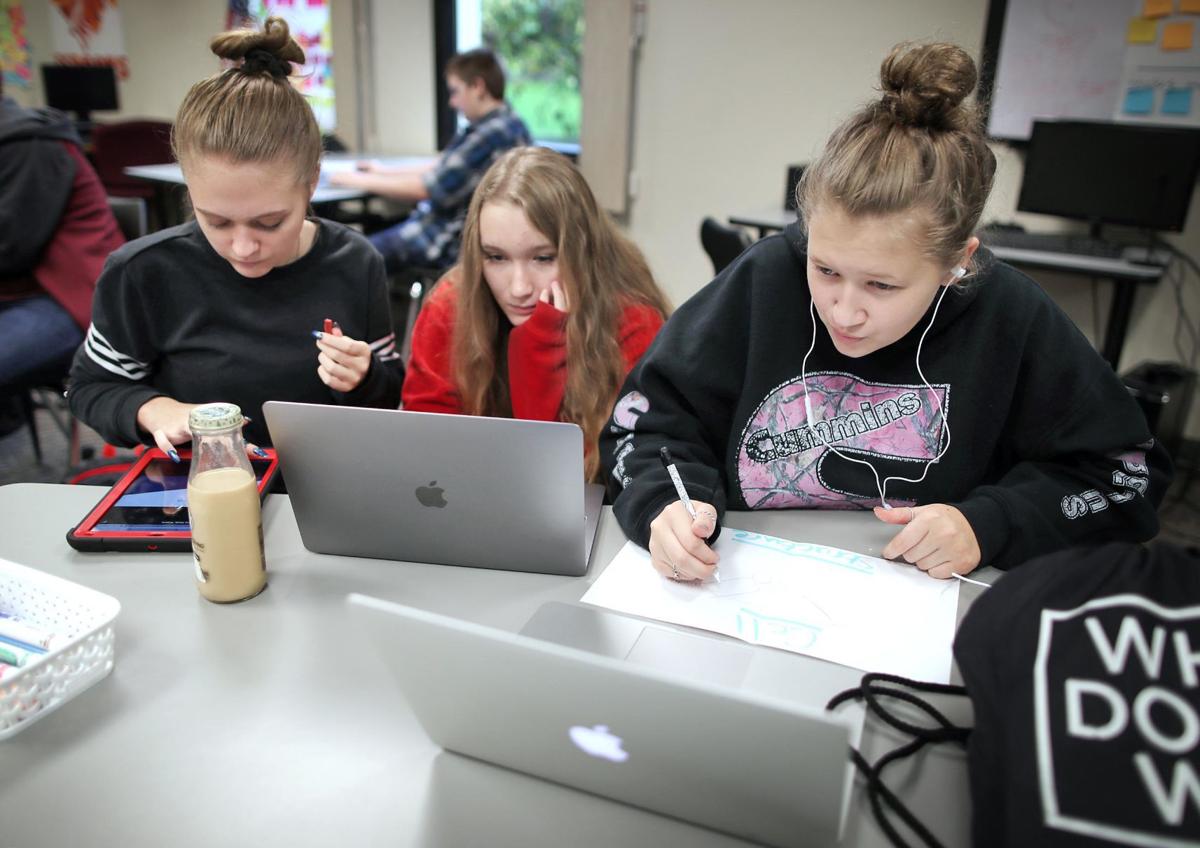 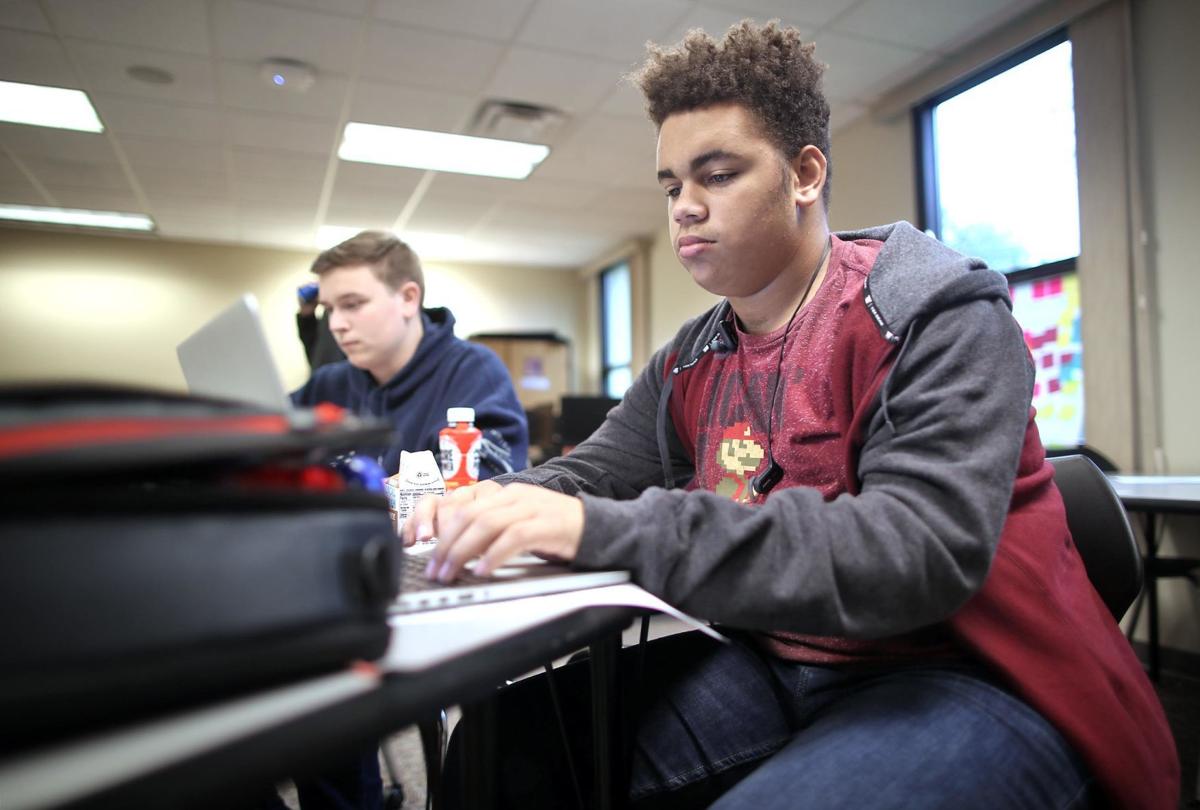 The room was filled with the chatter of young adults.

Occasionally, an explosion of laughter or a random exclamation emerged from the noise of learning.

On that day, students were discussing, debating and generally kicking around ideas about what they would need to survive on the moon, but they were allowed to pick only a handful of items. It was an exercise that required a little math, a lot of science and the ability to solve a complex problem while working with others.

That kind of learning environment and those kinds of debates are typical of Rock University. The school is located inside Blackhawk Technical College and has close ties to that institution.

The addition of ninth grade will make it easier for Rock University High School students to graduate in four years with a high school degree plus an associate degree from Blackhawk Technical College.

The double degree is a a crucial part of Rock University’s mission, but the school’s small size and format make it attractive for other reasons. With 73 students, no one gets overlooked. It’s less likely a student would be bullied, and there’s more room for difference, students said.

Meadow Szok, 14, chose Rock University High School because her brother attended the school and because she is really, really driven to get both her high school and associate degrees in four years.

But she recognizes that the setting has other advantages.

“The teachers are so much more one-on-one,” Szok said. “It’s a very inclusive and welcoming environment.”

For students who have been in the anxiety-inducing social environments of traditional high schools or middle schools, the culture is a relief.

Students come to the school because they want to excel, and they come because they feel like they need more academic support, Szok said.

“We also have students who want both, too,” Szok said.

How does that work, exactly?

To begin with, many of the students want to be at Rock University. They’ve made that choice with the help of their parents, said Angie Kerr, dean of students and teachers. That’s going to make a difference in their motivation.

The pursuit of the double degree means students are going to have to focus on their studies—and they know that coming in.

“I think it is kind of a more mature, responsible choice,” Szok said.

Parents often want to know how students will get what amounts to six years of learning—high school and associate degrees—in four years.

“The integration happens in the freshman and sophomore years,” Principal Kolleen Onsrud wrote in an email to The Gazette. “This is primarily in the humanities. Students are learning history while focusing on the English standards.”

Those standards emphasize the skills of reading, writing, speaking and listening, she wrote.

For example, the class Great World Text is a collaborative venture with UW-Madison. The university selects what the students will read and then provides the professional development on the text for students.

In past years, texts have been associated with 16th century China, ancient Greece and contemporary India. An annual student conference allows students from participating schools to share their interpretations of the text, Onsrud wrote.

Math and the sciences are taught separately. In their junior and senior years, students take college level English and history courses at Blackhawk Technical College. Those classes cover both high school and college credits.

The partnership that started in fall 2016 between Rock University High School and Blackhawk Technical College has solidified into what officials at both schools say is a permanent partnership.

The Blackhawk Technical College Board approved remodeling a short wing of Blackhawk Tech to give Rock University High School a separate entrance and parking area.

The Janesville School District plans to spend $133,000 to remodel space for bathrooms.