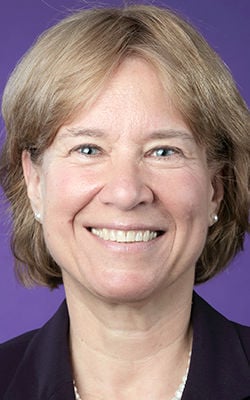 Before retiring, former UW-Whitewater Chancellor Beverly Kopper spent most of the fall semester on paid leave under the Family and Medical Leave Act, according to records the university released Tuesday.

Tuesday marked five months since The Gazette filed an open records request with UW-W for information on Kopper’s leave during the fall semester, when she previously had plans to teach.

After The Gazette notified the university this week about a pending story on the unfulfilled request and sought comment, the UW-W’s public records custodian, Alexandra Stokes, sent the records.

The federal Family and Medical Leave Act (FMLA) and the Wisconsin Family and Medical Leave Act (WFMLA) provide the right to take leave with medical benefits, “when you need time off from work to care for yourself or a family member who is seriously ill, to care for a newborn or newly adopted child, or to attend to the affairs of a family member who is called to active duty in the military,” according to the records.

The specific reason for Kopper taking the leave was redacted in the records because Stokes wrote that she was, “protecting the confidentiality and privacy of personal medical information.”

Although Kopper resigned from the chancellor position Dec. 31, 2018, she officially retired from the university Jan. 5, 2020.

She resigned about six months after UW System President Ray Cross ordered her husband, Alan “Pete” Hill, who has been accused numerous times of sexual harassment, not to be on campus.

Investigators: Kopper not knowing about husband’s sexual harassment was a ‘blindspot’

There were plans for Kopper to spend eight months on paid leave with her chancellor salary of $242,760 and then to return after August 2019 to start teaching in the psychology department—where her nine-month salary of $118,308 would have been 50% more than the department’s chairwoman.

But it does not appear Kopper taught in the fall, and her retirement came before the start of the spring semester. Her classes were reassigned.

Kopper’s leave, which was approved Aug. 19, ran from Sept. 1 to Nov. 24, according to the records. There was discussion about how she should spend the time after that.

On Aug. 20, Frank Goza, dean of the College of Letters and Sciences, wrote to Tomas Stafford, legal counsel with the UW System, that Kopper would be removed as the instructor of record for the classes she was set to teach.

He then wrote that they would have to create a “project for her to work on the last four weeks of the semester,” the records show.

Stafford responded that, “it seems that so long as the project is defined and includes a specific deliverable, we should be fine.”

But Stafford also said it was possible Kopper could extend her leave beyond the 12 weeks she got under the FMLA—negating the need for such a project.

Also in the records were a set of questions from a UW-W human resources official sent Oct. 21 to a UW System official, clarifying if an employee was required to return to work after an FMLA leave and what happens if an employee resigns or retires during or immediately following an FMLA leave.

It was not immediately clear how Kopper rounded out the rest of the fall semester. Jeff Angileri, a university spokesman, did not immediately respond late Tuesday to that clarifying question and a request for comment on the timing of the records’ release.

Meanwhile, the university is in the middle of restructuring to reach $12 million in budget cuts over the next two years to deal with declining revenue related to dropping enrollment.

Chancellor Dwight Watson in a budget listening session said, “Over the past year or more, UW-W has suffered from news stories that might have negatively affected our reputation.”

Throughout his speaking time, Watson called for the university audience to help in “shaping and shepherding” the university’s message because a bad reputation could scare some people away.

The Gazette on Sept. 4 requested the records, asking for “access to and copies of any and all documents, correspondence, emails or other written communications regarding and related to Beverly Kopper’s paid leave that resulted in her not teaching her scheduled Fall 2019 classes.”

Stokes confirmed receipt of the request later that day.

On Dec. 6, she said in an email that the records she compiled were being reviewed by the UW System’s legal services.

A Gazette reporter inquired about the request Monday and sought comment for an upcoming story. The records came at 4:39 p.m. Tuesday.

UW-W’s public records law page on its website links to the state law governing such requests.

“Each authority, upon request for any record, shall, as soon as practicable and without delay, either fill the request or notify the requester of the authority’s determination to deny the request in whole or in part and the reasons therefor,” according to state statute.

Beverly Kopper was on paid leave for eight months last year with her chancellor’s salary before again being on paid leave this fall. Meanwhile, UW-Whitewater is planning for layoffs and budget cuts.