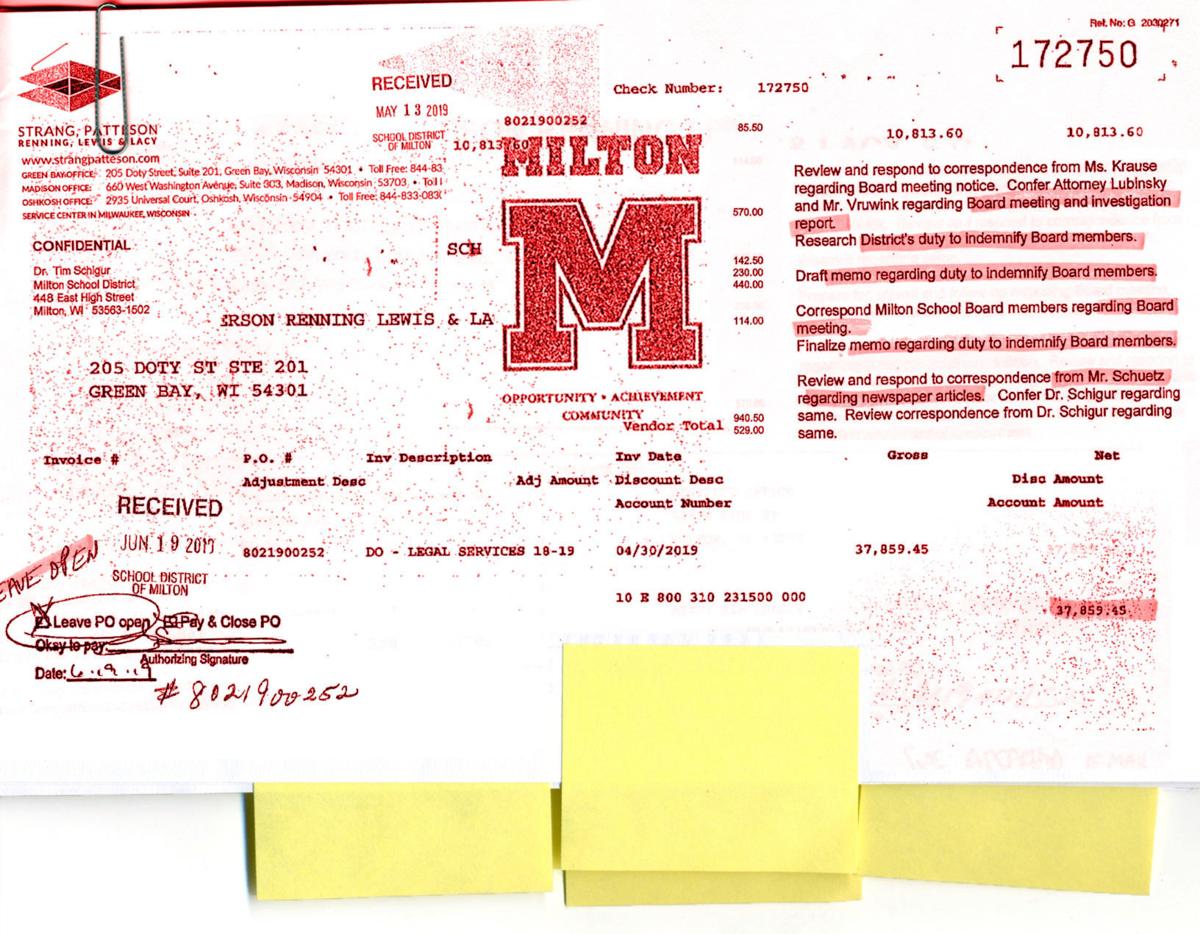 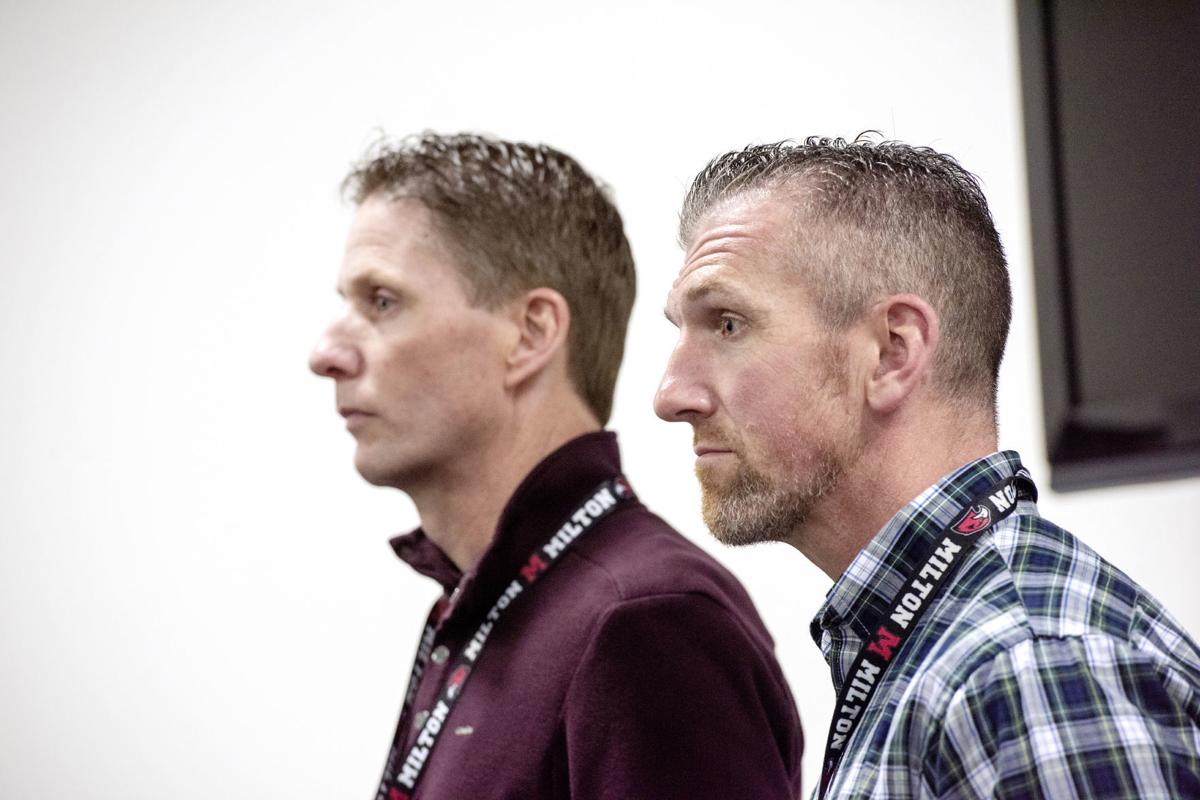 Milton Superintendent Tim Schigur, left, and Director of Administrative Operations Jerry Schuetz, right, stand at the front of a meeting where their voluntary resignations were announced.

As it grappled with a variety of legal issues, including questions about stipends paid to several employees, the Milton School District in the first six months of 2019 racked up more legal fees than it did in some entire years.

The Madison law firm Strang, Patteson, Renning, Lewis and Lacy charged the district $72,620 between Jan. 1 and June 30, according to documents obtained by The Gazette through the Wisconsin open records law.

The firm employs district legal counsel Shana Lewis who was present at many school board meetings this year.

This year has included a slew of challenges for the school district including:

EMC Insurance paid $421,385 in claims for the school district in 2018-19 related to the investigation and resignations of Schuetz and Schigur.

The district spent more than budgeted on legal fees in 2018-19, but that was offset by lower spending in other areas of the budget, Dahman said.

The school district has budgeted the following amounts in the last four school years:

When Schuetz and Schigur announced their resignations in April, the district said its insurance carrier would pay most of the cost for the duo’s resignation agreements, leaving the district to pick up less than $80,000 of the $447,000 bill.

Payments made by the district’s insurance carrier prove that to be true, according to documents.

The district was left to cover $77,500 of the $447,000 guaranteed to the former administrators by their resignation agreements, according to insurance payments.

EMC Insurance paid the entirety of Schuetz’s and Schigur’s compensatory damages and attorney fees, which totaled $223,500, according to the agreements.

The insurance company paid $73,000 to each of the men for severance pay.

The district’s general fund will cover the remaining $75,500 for Schigur and $2,000 for Schuetz, Dahman said.

In exchange for the payments, Schigur and Schuetz agreed to waive any legal claims against the district and school board, with the exception of claims made against board member Brian Kvapil in a March 21 cease-and-desist letter from Schuetz’s attorney.

The Gazette after multiple interviews and open records requests was not able to determine what legal claims Schigur and Schuetz might have been able to make against the district.

The district has no record of any legal claims filed between Jan. 1 and June 6, 2019, according to a Sept. 19 letter from Human Resources Director Chris Tukiendorf.

In June, school board President Joe Martin said the district had racked up $16,000 in legal bills related to open records requests since Jan. 1.

Martin said records requests were becoming a burden to staff and were a considerable cost to the district.

Lewis said in June a government entity can be sued if records are disclosed without following procedures and that other districts involve legal counsel for complex requests.

The Gazette was unable to discern how much the district spent on legal fees for open records requests because invoices reviewed by The Gazette were outlined by hourly pay with multiple topics being covered in the same line items.

Invoices reviewed by The Gazette show the district frequently relies on its attorneys to review open records requests.

Lewis told the community in February that EMC Insurance would cover the costs of the investigation into employee compensation and the release of public records.

The district will not know how its insurance rates might be affected by the claims filed this year until it renews its policy. The district is part of a multidistrict pool for insurance, Dahman said.