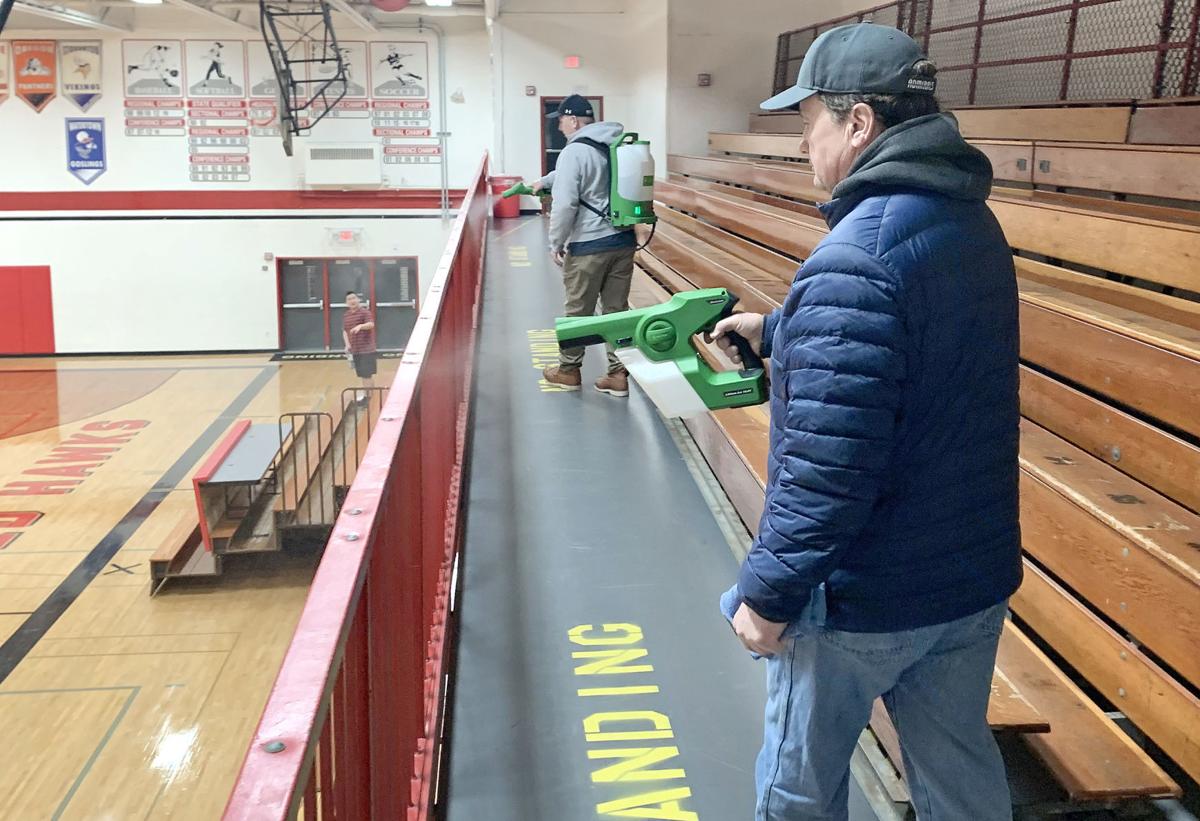 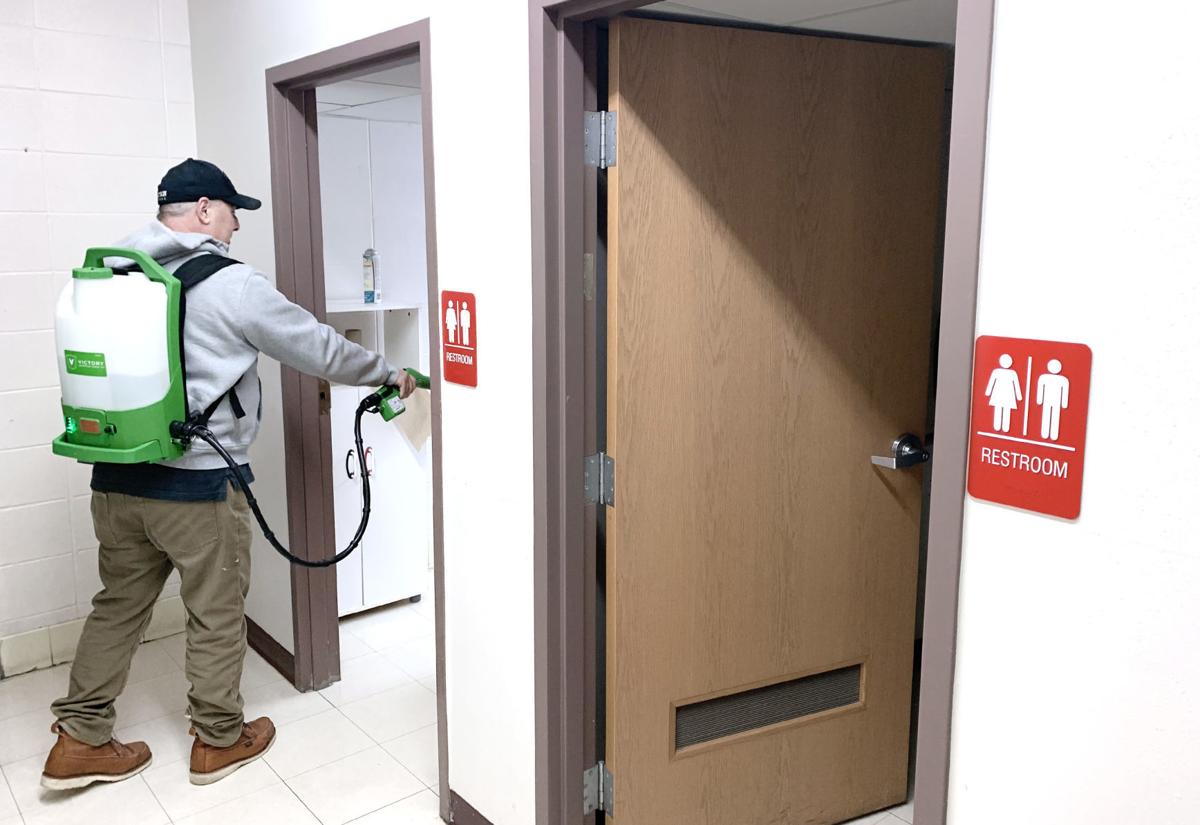 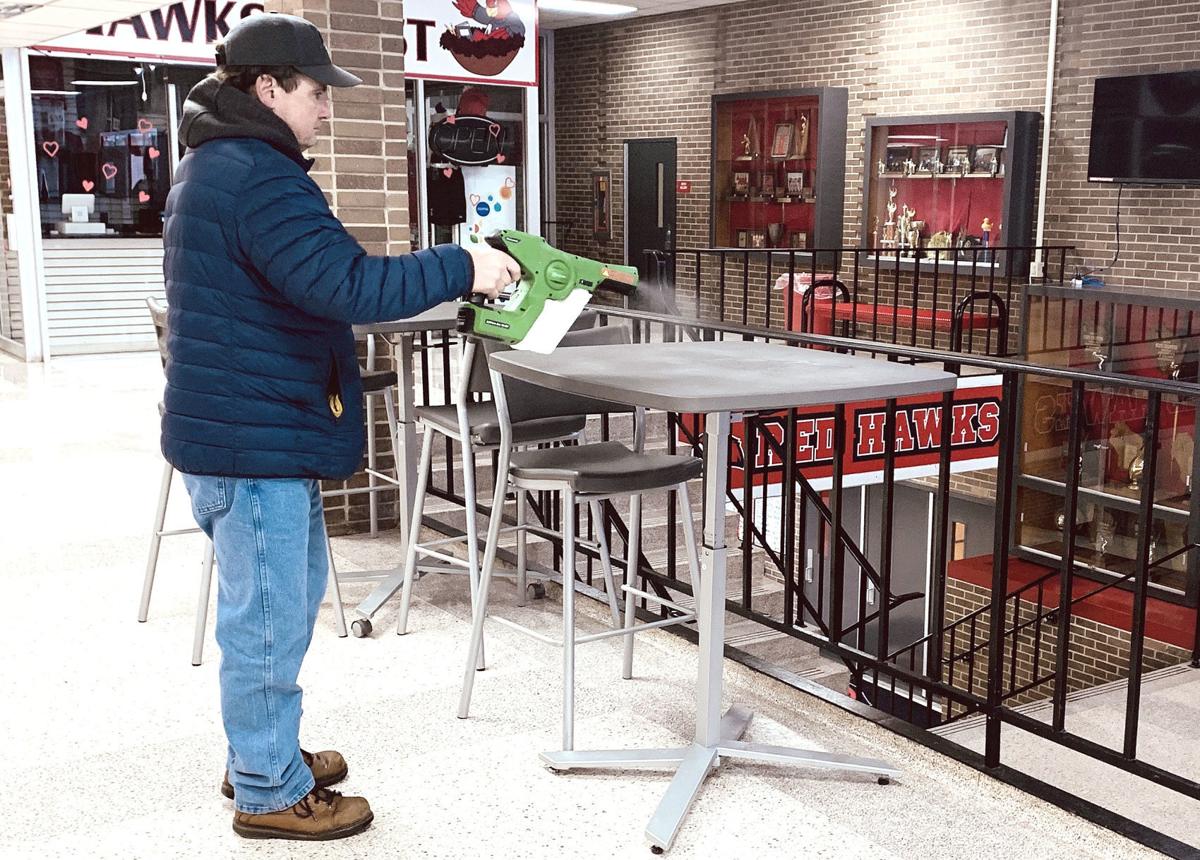 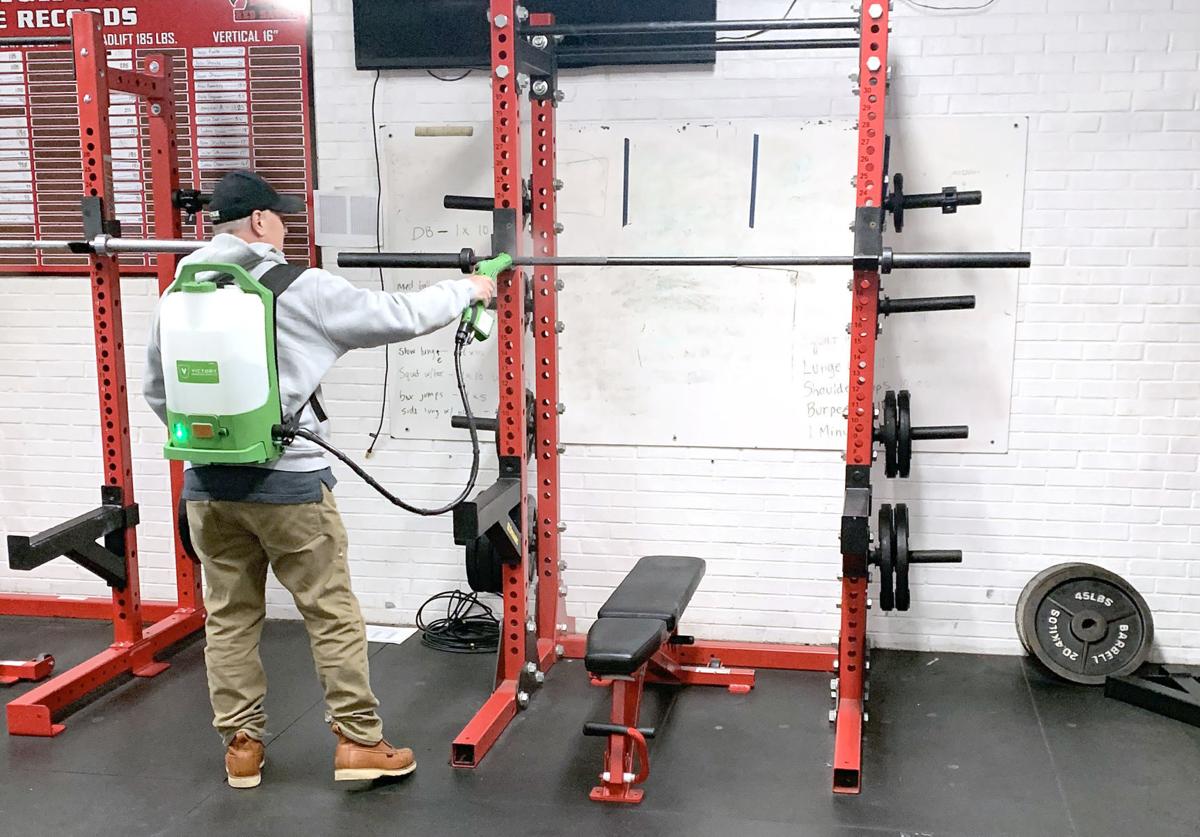 Look out, flu and other viruses: The Milton School District is armed with new surface-disinfecting technology to kick you out of its illness-weary schools.

The district’s buildings and grounds team bought three Victory Innovations cordless electrostatic sprayers from OfficePro/Elkhorn Chemical in Janesville earlier in the school year, before demand for them was high.

The sprayers, available as handhelds or backpacks, place a positive charge on a disinfectant solution, which is then sprayed at negatively charged surfaces.

“When you spray, that mist naturally wants to cling to the entire surface you’re spraying on,” said Jamin Arn, president and owner of OfficePro/Elkhorn Chemical, who first saw the technology about two years ago at a trade show.

If a worker sprays a student’s desk, Arn said, “it’s going to not just hit the surface of the desk, but the seat, the back and the legs, things like that. It wraps itself around.”

The sprayers distribute a green, quick-drying disinfectant that kills all flu strains and norovirus and even works as a fungicide.

Demand for the sprayers is currently “through the roof,” Arn said, and more won’t be available until about mid-March.

“This isn’t a replacement for our standard nightly cleaning methods,” said Stephen Schantz, district director of buildings and grounds. “But it’s another step that we can take to kill a variety of sickness-causing germs and viruses.”

One benefit of the disinfectant is that it does not contain bleach but is “effective against many microorganisms we deal with on a daily basis,” she said.

The school district is working closely with the Rock County Public Health Department to minimize the spread of viruses in Milton schools.

Kari Klebba, the district’s communications and community outreach coordinator, said Monday that high school student absences have hovered around 10% lately—although not all of them are because of the flu.

When a confirmed case of influenza is reported to Kotthaus, she coordinates with the custodial team to ensure workers pay special attention to common surface areas. After a thorough, conventional cleaning of the affected rooms, the team follows up with the electrostatic sprayers.

Kotthaus told The Gazette that while the total number of confirmed influenza cases has remained steady over the last three years, they were diagnosed in a much shorter time span this year.

“The last two years, we had students being diagnosed as early as November and continuing through March,” Kotthaus said. “This year, it seems the bulk of our influenza cases have been diagnosed over the last four to eight weeks.”

The number of cases is based solely on what parents and guardians share with the district, she said.

Kotthaus encourages parents and guardians to share such information so communicable illnesses can be tracked more accurately.

“This information helps us to monitor and educate about these illnesses in a more effective manner,” she said. “The ultimate goal is to decrease further transmission of these illnesses, thus keeping students, families and staff healthier.”

To help stem the spread of influenza and other viruses, the Rock County Public Health Department recommends frequent hand-washing, thorough cleaning and flu shots for everyone ages 6 months and older.

For more information about the flu, visit the department's community resources page at www.co.rock.wi.us/publichealth-familycommunity/publichealth-communicabledisease/publichealth-influenza.