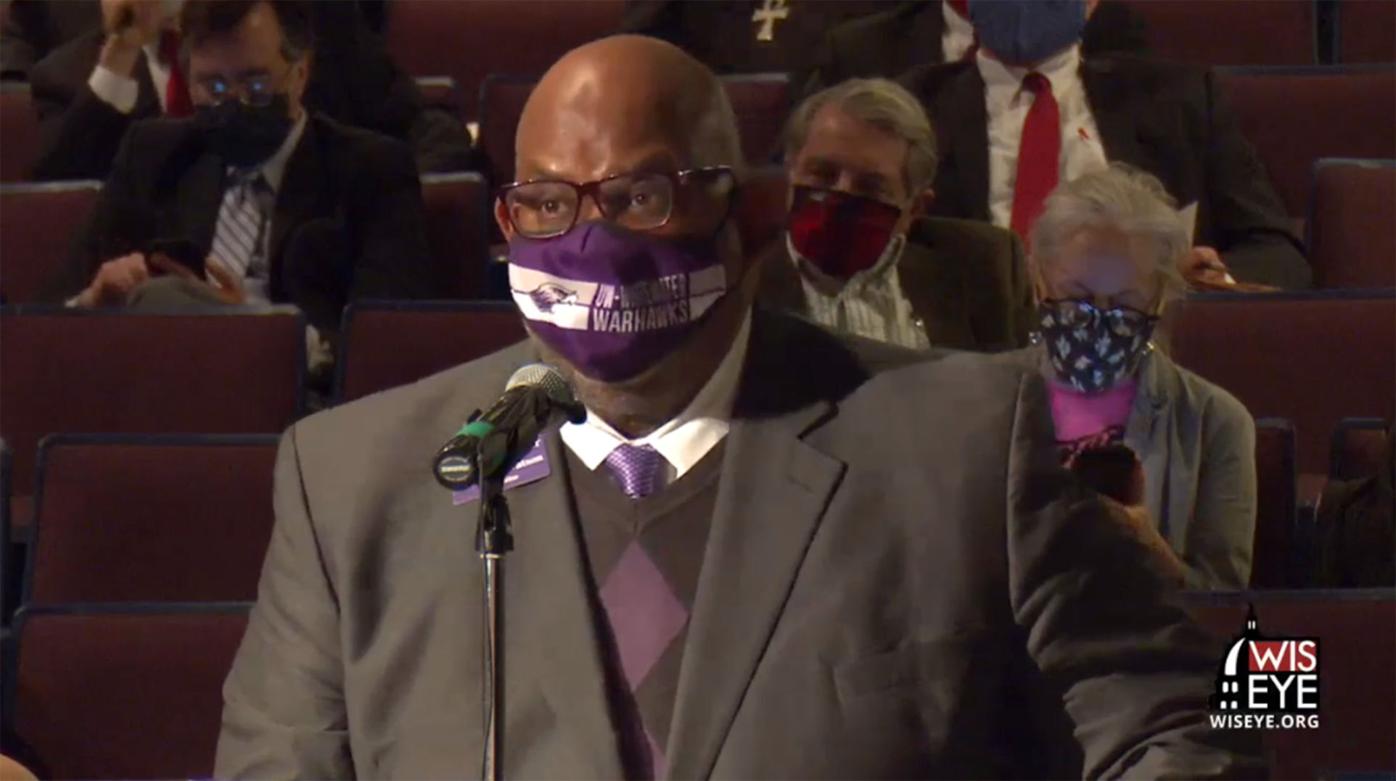 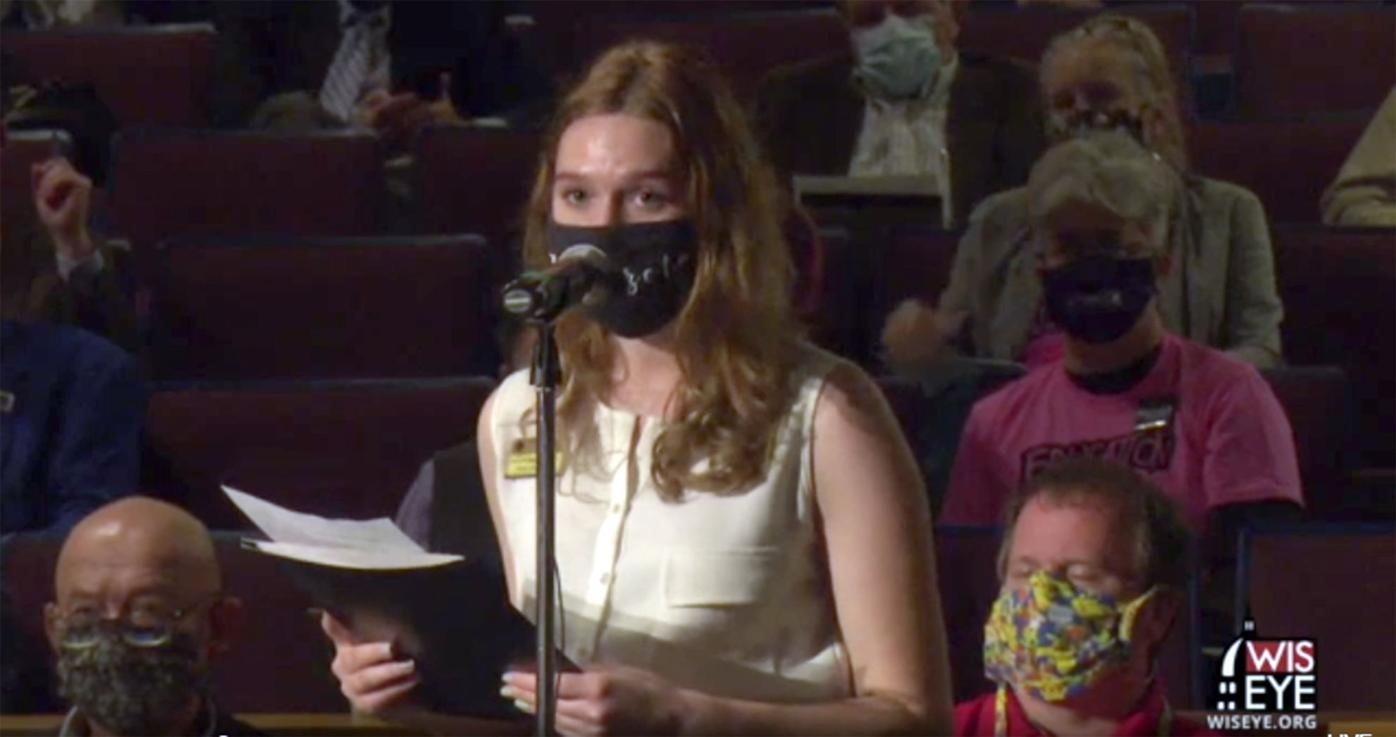 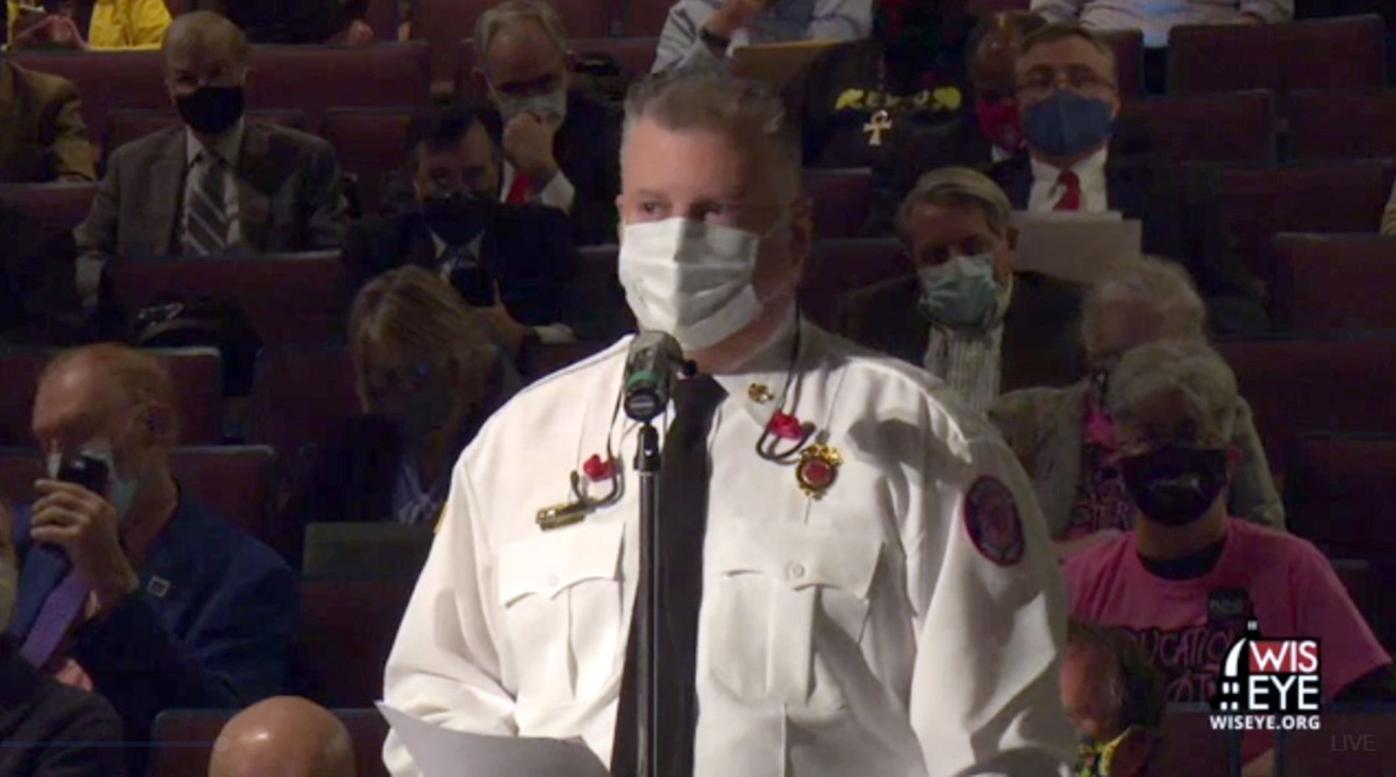 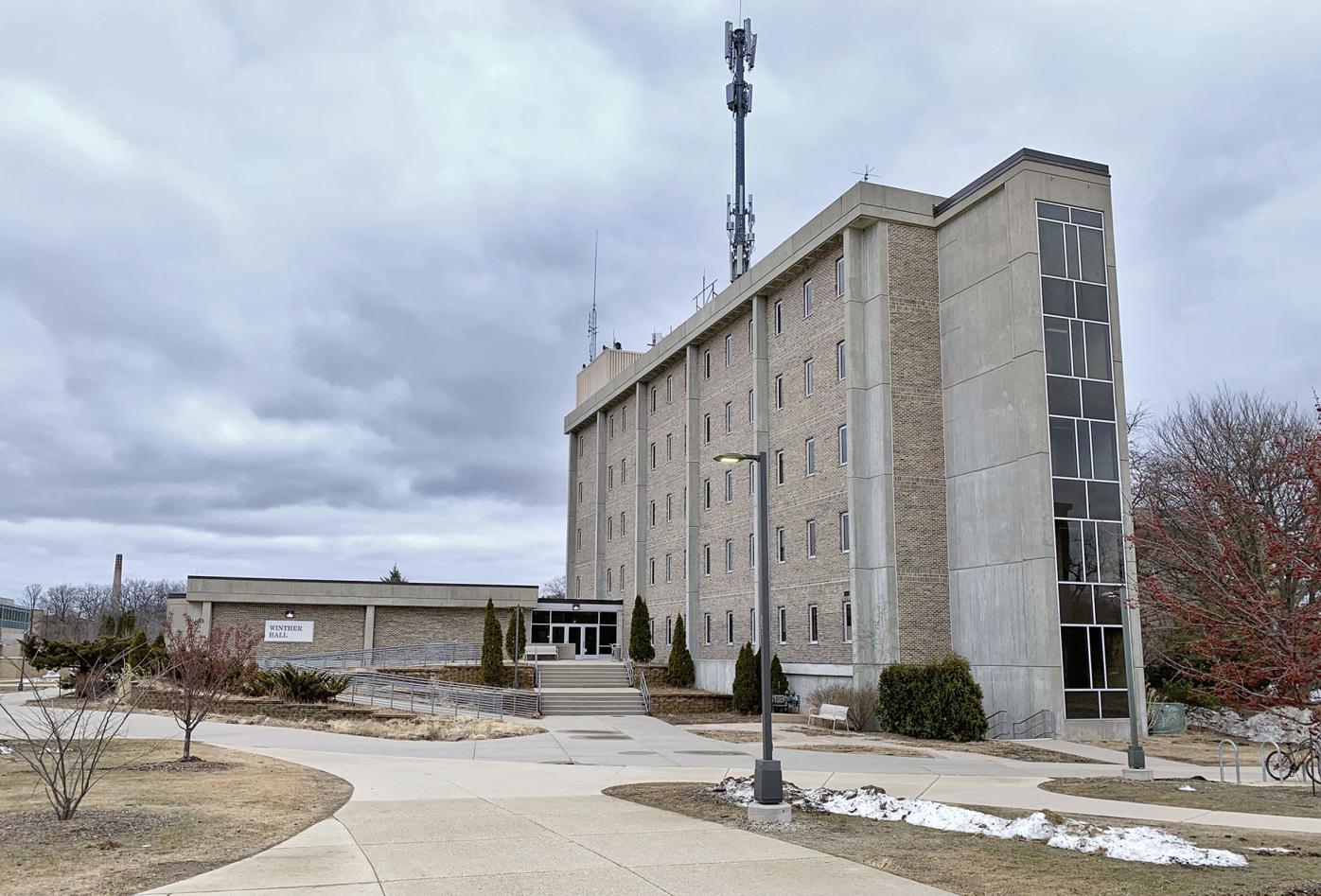 Winther Hall on the UW-Whitewater campus in 2019.

When the Legislature’s Joint Finance Committee held its first public hearing on the biennial budget at UW-Whitewater on Friday, state Sen. Howard Marklein was in familiar territory.

The Republican from Spring Green sat inside the Irvin L. Young Auditorium with other legislators and members of the public from across the state.

Before speaking on the importance of $59.44 million in proposed renovations to Winther Hall and Heide Hall on campus, local banking CEO Jim Caldwell mentioned Marklein’s “great roots” in the community.

Caldwell said the state senator got his accounting degree from UW-W and eventually served on the UW-Whitewater Foundation as president.

“Under his regime, this building was actually funded and created,” Caldwell said of Young Auditorium. “Howard, thank you for all those past contributions. We still enjoy the benefits today.”

Before the hearing began, Marklein thanked UW-W Chancellor Dwight Watson for hosting it and giving him a university- themed face mask, a sign of the hearings happening during the coronavirus pandemic.

Some members of the committee and the public wore masks while speaking; some did not.

Marklein also said this was the first time the committee came to Whitewater for a public hearing.

Topics varied greatly, but several people from Whitewater—affiliated with the university and not—shared their thoughts on the state budget within the hearing’s first few hours.

The budget item that most directly affects UW-W is the planned renovations to Winther Hall and Heide Hall, built in 1969 and 1965, respectively.

Speakers went beyond talking about an old building, however. They also pointed out what upgrades to Winther Hall, which houses the College of Education and Professional Studies, would mean to Whitewater and the state’s teaching force.

Lisa Dawsey Smith, president of the Whitewater Area Chamber of Commerce, said she supports the renovations because they are an “investment in Whitewater” that will help recruit and retain students, which in turn will help businesses.

“When you invest in making sure that campus facilities are accessible, safe and current, you send a very powerful message to the students, staff and greater community that you believe in them,” she said.

In his introductory remarks, Watson mentioned the university’s founding as a teacher’s college before adding that UW-W “continues to provide the most new teacher licensures in the state.”

“The building needs extensive renovation to meet the space and infrastructure needs of the modern college,” he said.

Other concerns from Whitewater

Jody Wentworth, the group’s president, knows the importance of programs such as the UW System’s Tuition Promise program, a scholarship for students that could be extended beyond UW-Madison.

She said UW-W has more than 2,900 students who meet the eligibility requirements, and she is one of them.

Her parents are certified organic dairy farmers. They work hard, but she said they only make $20,000 a year. She said they can’t pay for her college, so she had to work in a foundry.

“The bottom line is it’s too difficult for these students to cover college,” she said.

Other student government officials spoke on topics such as a $500 stipend for student teachers, more funds for counseling services and the teacher loan program.

Speakers from Whitewater also delved into needs beyond the university.

City Manager Cameron Clapper said Whitewater, like 360 other Wisconsin municipalities, has a large amount of property value dedicated to a state institution. These communities receive repayment, he said, but it is often not the full payment they deserve.

Last year, Whitewater lost out on $527,000 that the state said the city was entitled to, he said.

Watson touted the economic impact of the university on the region—an estimated $500 million annually.

“UW-Whitewater would not be the exceptional university it is today without the tremendous support of the people of Wisconsin and those who have strongly advocated for us over the years,” Watson said.

Correction: This article was updated Monday to correct that the estimated economic impact of the university was about $500 million.

Other officials and members of the public flocked to Friday's public budget hearing in Whitewater to speak on topics that are important to them. Some included:

But Dimassis made an exception for the man because he had been coming in and using the library to build a resume and apply for jobs. He needed the laptop for a Zoom interview.

Ultimately, the man started a new job. He then sent staff at the library Jimmy John’s sandwiches to say thanks.

“Lastly, I checked in with him just the other day to say I was coming here, and he also wants to thank you for all the support you provide libraries and library systems,” Dimassis told the committee. “It wouldn’t have happened without you.”

Tens of millions of dollars would be spent at UW-Whitewater and the School for the Deaf in Delavan if the state Legislature agrees with Gov. Tony Evers' plans.