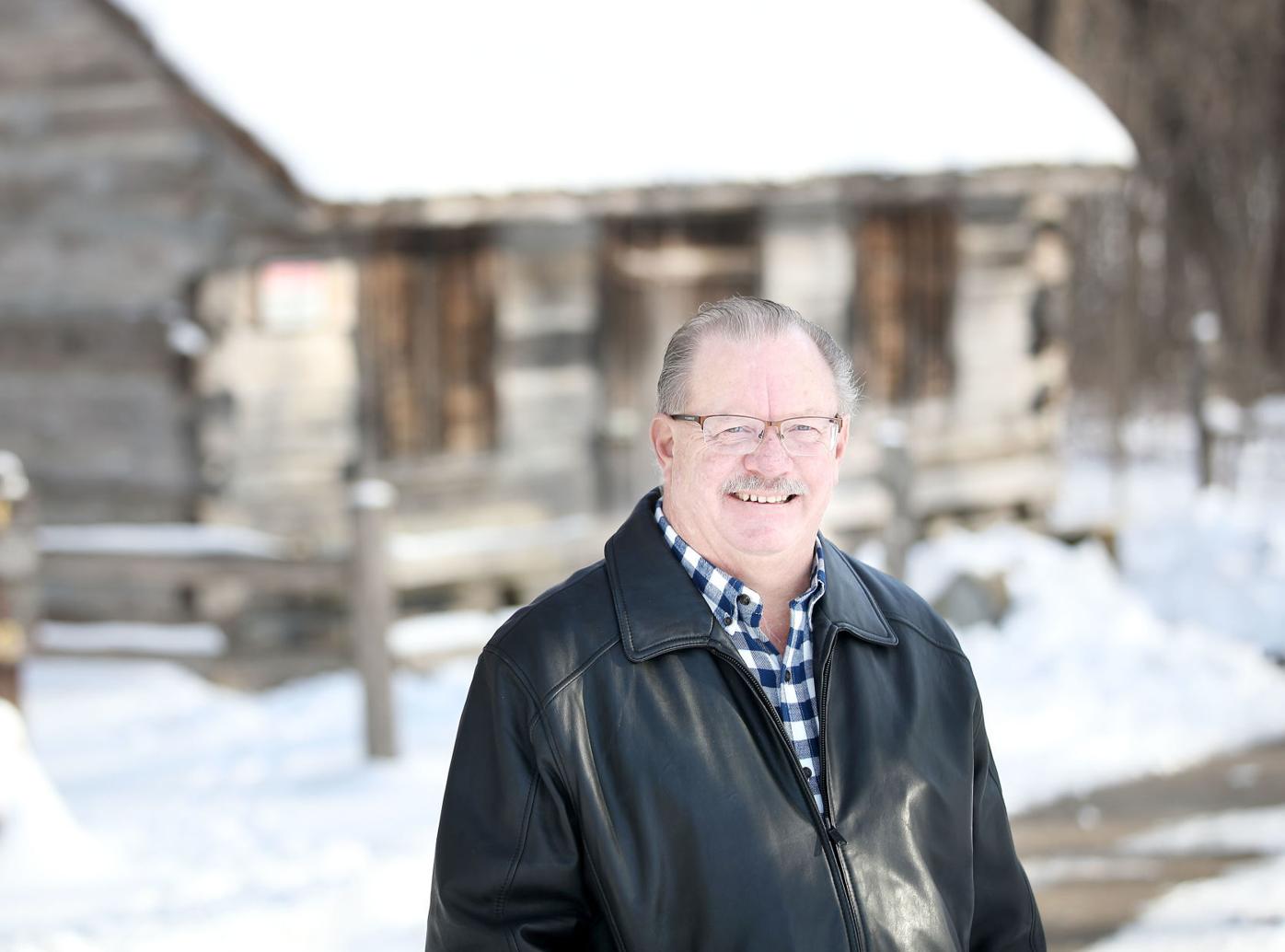 Janesville School Board President Steve Huth won’t seek reelection to the board in April. Janesville Superintendent Steve Pophal calls him a ‘tremendous’ leader who has made an impact in the school district. 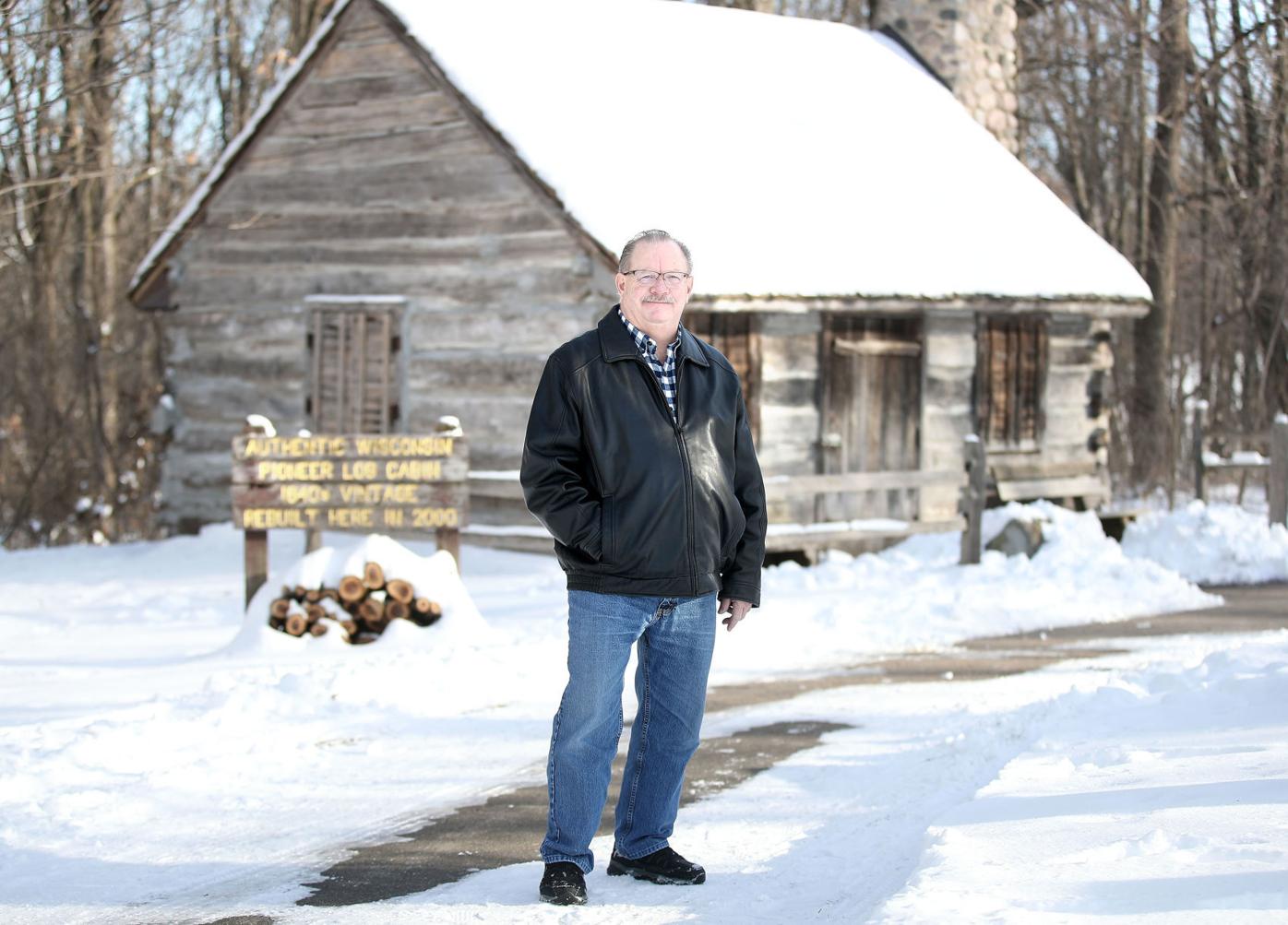 Steve Huth poses for a portrait at the Janesville Schools Outdoor Laboratory, which he managed as the district’s career technical education coordinator and summer school director.

Janesville School Board President Steve Huth won’t seek reelection to the board in April. Janesville Superintendent Steve Pophal calls him a ‘tremendous’ leader who has made an impact in the school district.

Steve Huth poses for a portrait at the Janesville Schools Outdoor Laboratory, which he managed as the district’s career technical education coordinator and summer school director.

If someone stopped Janesville School Board President Steve Huth on the street to thank him for his years of public service, he likely would steer the conversation to put others in the spotlight.

But as Huth, 61, closes in on his final months as board president ahead of April’s election, people around him are giving him credit for making an immeasurable impact on Janesville and its schools.

Huth announced in December that he will not seek reelection to the board after nearly 30 years of service to the school district.

“He has been monumental, really, in his influence in the district, both as a past employee and now for so many years as a board member,” Superintendent Steve Pophal said.

Pophal said Huth has been a “tremendous” leader, especially this past year.

“There’s no way we’re going to all agree on everything right now, particularly under these unusual circumstances,” said Pophal, referring to the pandemic. “But yet, under Steve’s watch, we have found a way to behave in a way that I would hold up as a shining example, frankly, of what good governance should look like.”

Huth first served on the board during the 1993-94 school year. The school district then hired him as its career technical education coordinator and summer school director.

Don Mrdjenovich, the superintendent who hired Huth in 1994, said it was a decision that made sense—both then and now.

“He had been on the school board, so I had an opportunity to kind of make judgments about the person. He always asked good questions; he seemed to be very knowledgeable, and I just thought there was a lot of potential there,” Mrdjenovich said.

“He had a good background, as well, so when he applied for the position, I thought, ‘Well, I think this person has some special knowledge and some special ability.’ And that proved to be right.”

Huth worked for the district for 20 years, retiring in 2014. A year later, he decided to run for school board as a write-in candidate and earned a seat, which he has held since.

Huth, who was named board president in 2019, said he is proud to have been involved in the district and is impressed by the way people work together.

“I think it’s led to tremendous opportunities for kids in our community to be successful, and it’s helped us build a strong workforce for now and for the future for Janesville and Rock County,” he said.

“I think everybody I’ve ever served with really gives back to the community and is committed to Janesville and tries to do the best they can for all of the kids, all the teachers and all the business people so everybody can work together.”

“His contributions were many, and he was very loyal to the district,” Mrdjenovich said. “I thought he inspired others to do well, and that’s always the important thing. That’s leadership. Doing something well yourself is one thing, but getting other people to work with you and do things well, that’s leadership, and that’s what Steve Huth did.”

Huth said one of his proudest memories is overseeing the growth of the district’s advanced construction program, which gives high school students hands-on experience building homes through a partnership with the South Central Wisconsin Builders Association, and formerly Habitat for Humanity.

Pushing for the recent school referendums also is on his list of exciting moments.

This spring, however, it will be time to focus on what matters most, and that’s his family. Huth will soon have a fifth grandchild, and he’s looking forward to traveling and seeing his grandkids more.

But Huth isn’t moving anywhere. He hints that he’s leading a big project to help the Janesville Noon Lions Club celebrate its 100th anniversary in 2022.

“I will still be very involved in the community,” he said. “We’re not moving. We love Janesville, and I want to help any way I can with the district and the community moving forward.”

“He’s somebody who has a heart of gold, and a really unique skill set in terms of relationships with people, knowledge about public education and systems-approached thinking. When you bring that love of community and that love specifically of the school district to bear on those two things, it can only help us to be better.”