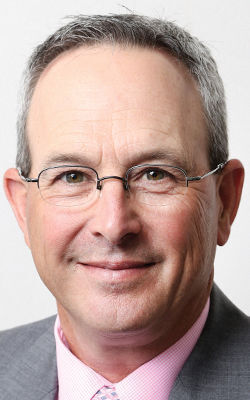 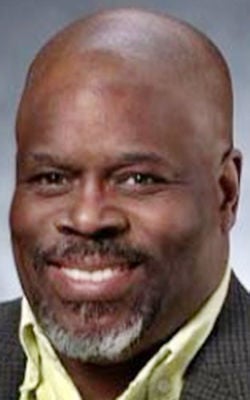 After a passionate and winding discussion that included several failed motions Thursday night, the Janesville School Board voted, 5-3, to postpone the start of winter sports competitions until Dec. 1.

“We haven’t had a meeting like that in a long time; 2020 has been a real beauty,” board member Kevin Murray said. “This current board, we get along so well. The decision to go to school face-to-face (to start the school year) was intense. And this was, too. I love these people, but there was certainly disagreement.

“At least the kids, in the end, starting Dec. 1, will play some games if we can get there.”

The Wisconsin Interscholastic Athletic Association’s official competition start dates for winter sports range from Nov. 24 to Dec. 10, depending on the sport. Janesville’s board voted previously to postpone all fall sports because of COVID-19 concerns and to accept the WIAA’s modified “alternate fall” season set to take place in spring 2021.

Twice on Thursday the board voted on motions to proceed with winter sports as originally scheduled, with some teams beginning practice Monday and able to begin officially playing games Nov. 23.

Both times the vote was deadlocked, 4-4, with Jim Millard, Michelle Haworth, Kevin Murray and Dale Thompson voting in favor and Greg Ardrey, Karl Dommershausen, Cathy Myers and Lisa Hurda voting against. Board President Steve Huth was absent. A tie meant the motions failed.

“It seems contradicting and not logical,” Hurda said. “My son is a sophomore, and he loves basketball. He does not want to play basketball this year because of the virus.”

“I’m watching kids in my classroom drop like flies,” said Myers, who is a teacher. “I was a four-sport athlete myself. I believe in sports. I don’t want to see sports canceled.

“But Option 1 (to proceed with sports as scheduled) suggests we’re in a normal situation.”

Dommershausen said he keeps close tabs on COVID-19 data and is worried it is going to get worse before it gets better. Ardrey appeared to be on the fence and asked for COVID-19 numbers among Janesville staff and students before deciding to vote against starting sports on time.

Craig High School Athletic Director Ben McCormick noted while answering a question by a board member that starting Jan. 18 could leave a sport such as wrestling without any regular season because the WIAA tournament is set to begin Jan. 25.

Murray then proposed an amendment to Myers’ motion that would change the date from Jan. 18 to Dec. 1. That amendment passed, 5-3, with Ardrey joining Murray, Haworth, Thompson and Millard in voting “yes.”

Those same five then also voted “yes” on the motion, bringing an end to the whirlwind affair.

“Essentially it was kind of Option 1, but not its entirety,” Murray said. “It’s not all co-curriculars at this point, and athletics can start competing Dec. 1 with (safety) guidelines in place.”

There was confusion from the beginning of the discussion as to whether the board was discussing all extracurricular activities or just sports. The final motion included sports only, which was a tipping point for Ardrey, he said.

“Every vote was very difficult for me,” Ardrey said. “I know that the coaches have worked through protocols and the WIAA has given guidance, so I feel better from a sports standpoint. But the original motion involved all co-curriculars. I felt that those hadn’t been looked at.

“It was far less about sports and more about other things included in the initial motion.”

For sports programs such as boys basketball, the decision has little to no effect. Per the WIAA’s official calendar, the first date a game can be played was already Dec. 1.

Assistant Superintendent Scott Garner, who presented the district’s plans and options to the board remotely, said there were enough area teams moving ahead with sports to be able to put together a nonconference schedule. The Big Eight and Badger conferences have already announced they will not conduct league seasons, but Janesville’s high schools in the Big Eight now join more than half of the Badger—including Milton—in attempting winter sports, with other area teams such as Edgerton, Evansville or Turner—who also approved sports this week—potential options.

Games will be played without fans, but they will be livestreamed so fans can watch remotely.

The board also voted that sports will be suspended if either Craig or Parker pivots to all-virtual learning or if the district goes virtual entirely.

“Many of us have dreamed of our senior year since we were freshmen. However, there is no longer anything to dream about,” Parker senior girls basketball player Alli Rosga said. “Missing out on another sports season will impact kids’ lives more than you know, especially the seniors.”

As of Thursday, Rosga and her teammates officially have a start date to their season.

A district official says the move is necessary because while expenses are up this month, the district won’t receive its next round of state aid until December. The district will pay the money back, with about $10,000 in interest, within 20 days.