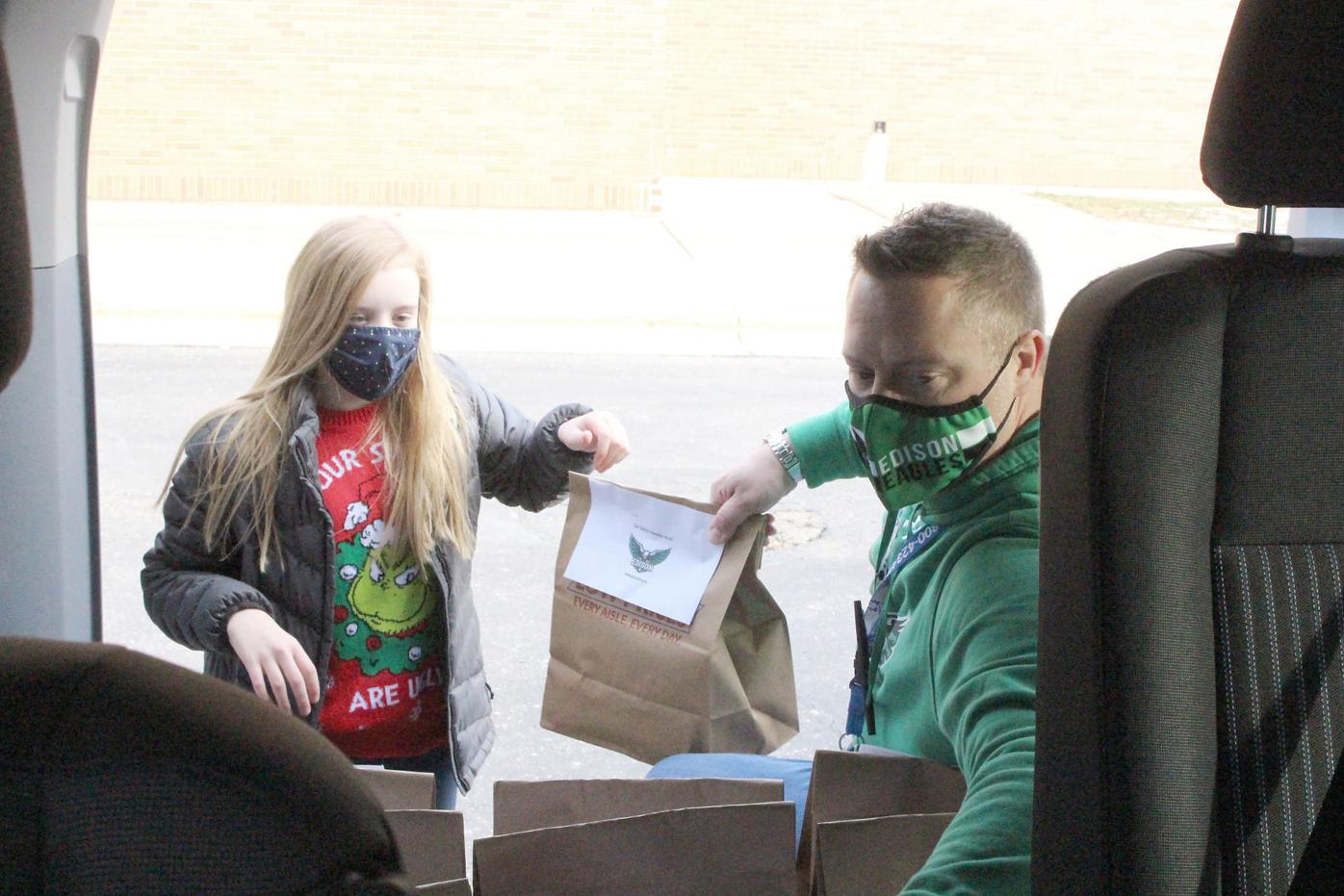 Nick Jones, assistant principal at Edison Middle School in Janesville, and his daughter, Riley, load gift bags into a school district van to deliver to Edison students’ homes Thursday. He and the school’s staff wanted to show students they missed them while students were learning virtually from their homes. 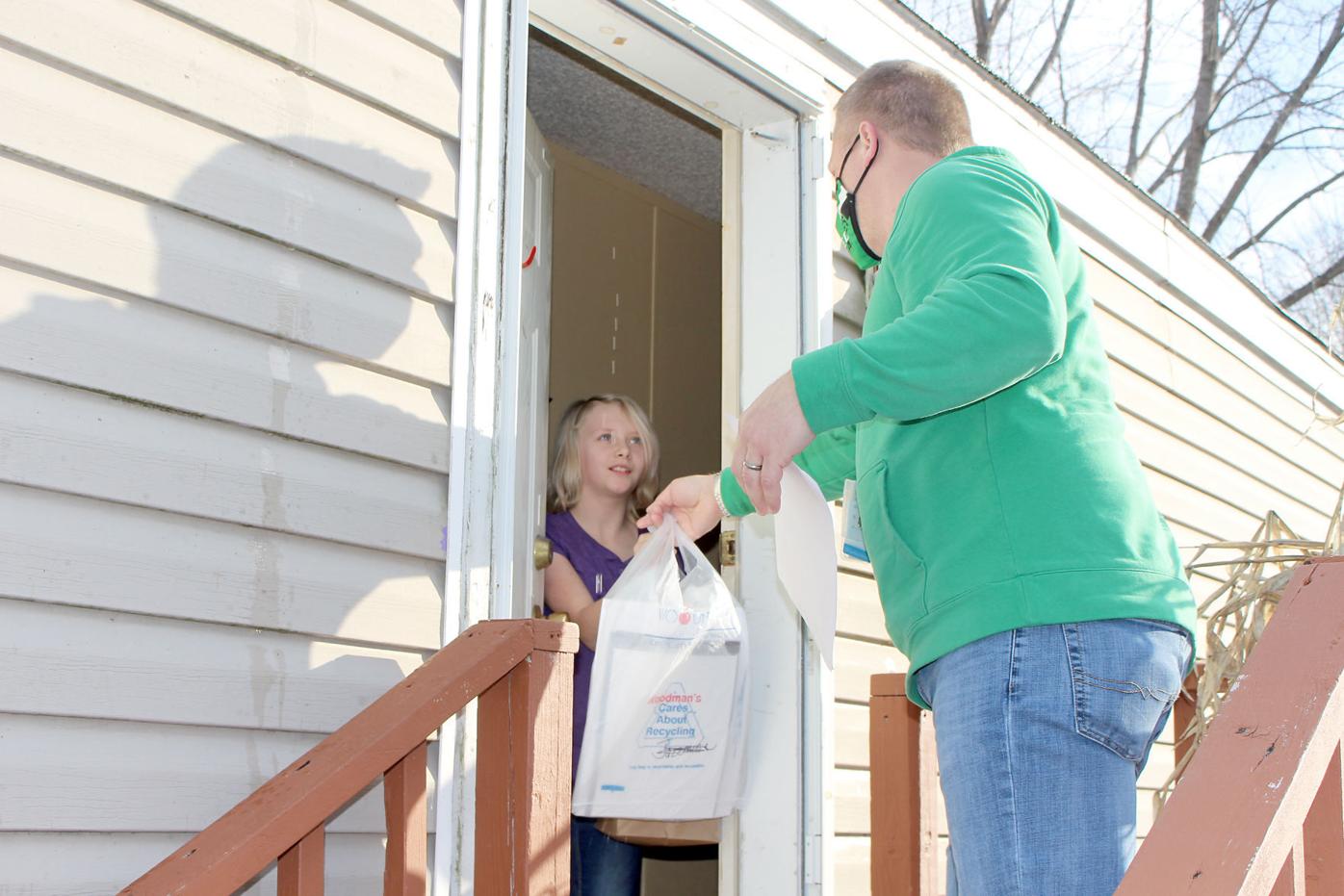 Nick Jones, assistant principal at Edison Middle School in Janesville, and his daughter, Riley, load gift bags into a school district van to deliver to Edison students’ homes Thursday. He and the school’s staff wanted to show students they missed them while students were learning virtually from their homes.

Butler smiled as she read the note on the outside of the gift bag Jones handed her and said she had been waiting for the moment all day.

Staff at Edison packed 545 bags full of surprises—one for each family at the school—and are delivering them to students Thursday and today.

They want to remind students that they care about them and miss them while the students are learning virtually at home.

“The reason this came about is because some of that (connection) has been missing at times, essentially since we’ve been virtual. We naturally drift apart,” Jones said. “So I think we need to have our students look at us as people they can look up to and that we’re not just the person in the class or in the office.”

The bags contain activities for families to do together, including a recipe for peanut butter cookies, a scavenger hunt and a picture frame art project. They also hold popcorn, candy and a bookmark with resources from Hedberg Public Library.

Some items were donated by area businesses, and the school also spent money from its community budget on the project.

Every staff member in the school signed up to deliver the gift bags.

The idea was born during an Edison Leadership Committee meeting as staff considered ways to stay connected to the kids. Jeanine Pankhurst, a paraprofessional at Edison, oversaw the project.

“I just feel at this time we need to connect with our families, and it’s so hard sometimes to reach out to them because we’re so limited on meeting up with them. But we want them to know that we’re here for them, that we care about them and that we’re thinking of them all the time,” she said.

The effort meant a lot to Butler.

“I knew they were coming, so I’ve been running back and forth between the window and the door hoping to see them. It’s my baby,” she said as she hugged the bag.

It’s excitement such as Butler’s that makes the effort to reach out special, Jones said.

“It’s hopefully going to serve to show each other that we’re still there, and we’re still human, and we’re still breathing. It’s just a different time, but they need to know that somebody out there is thinking about them because it can get pretty isolating in some of our students’ homes,” he said.

“We aren’t just their math or science teacher. We’re not just their English teacher or band teacher. We are part of this community. We’re there for them; we’re here to serve them and their families and just make things a little bit easier for them.”