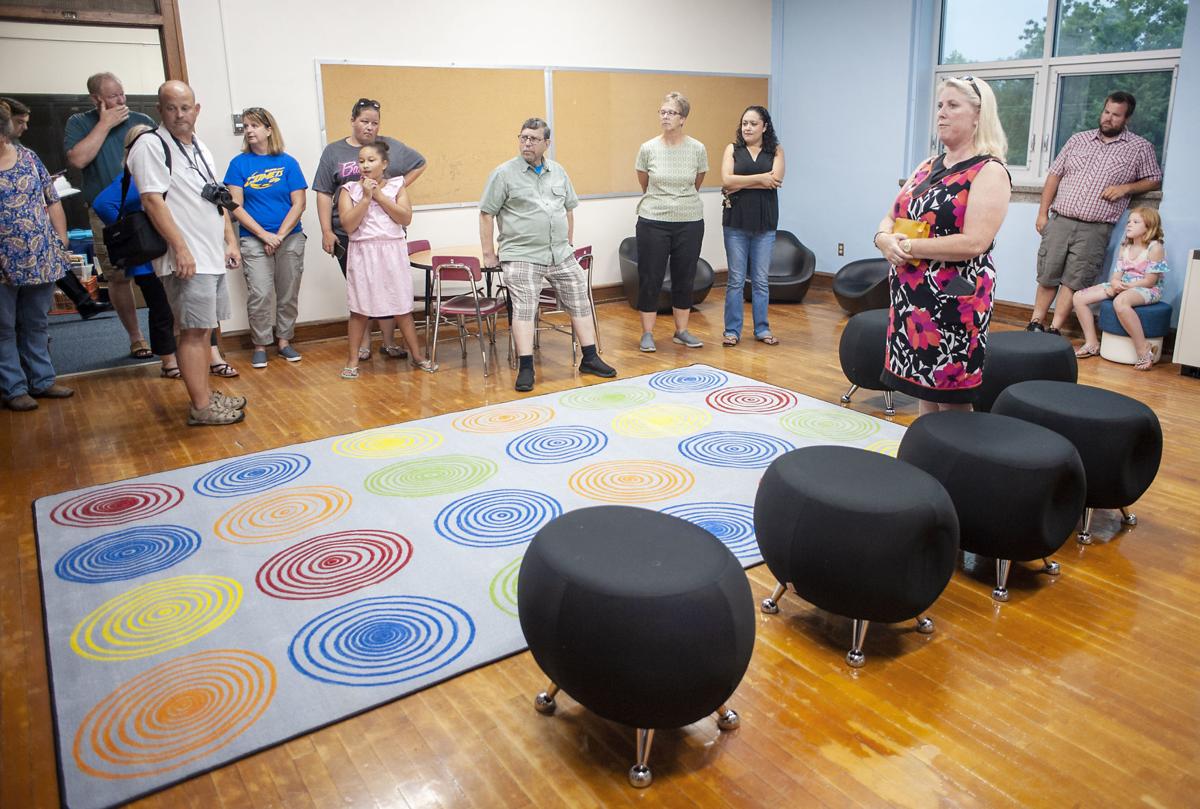 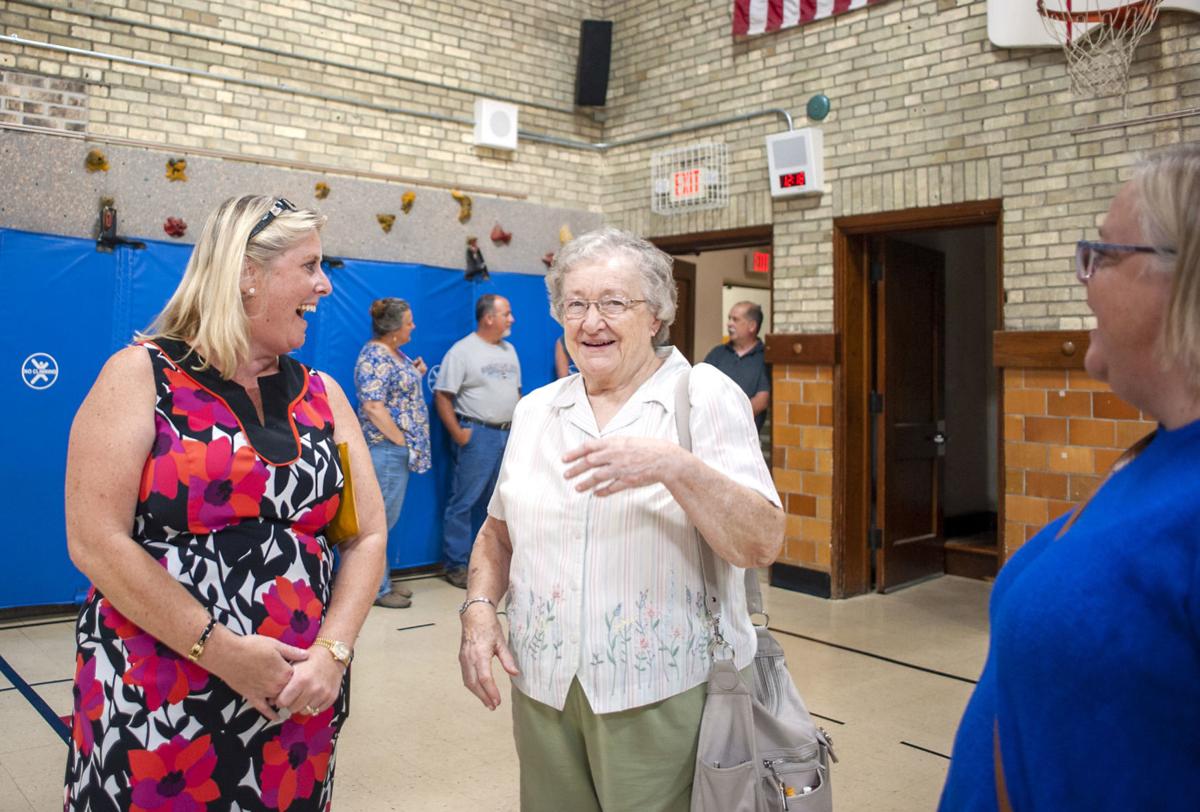 Shirley Sisk, center, who attended school in Darien in the 1940s, speaks to Superintendent Jill Sorbie, left, during a tour of Darien Elementary School on Monday. The school, which was closed last year, is being reopened for the 2019-20 school year. 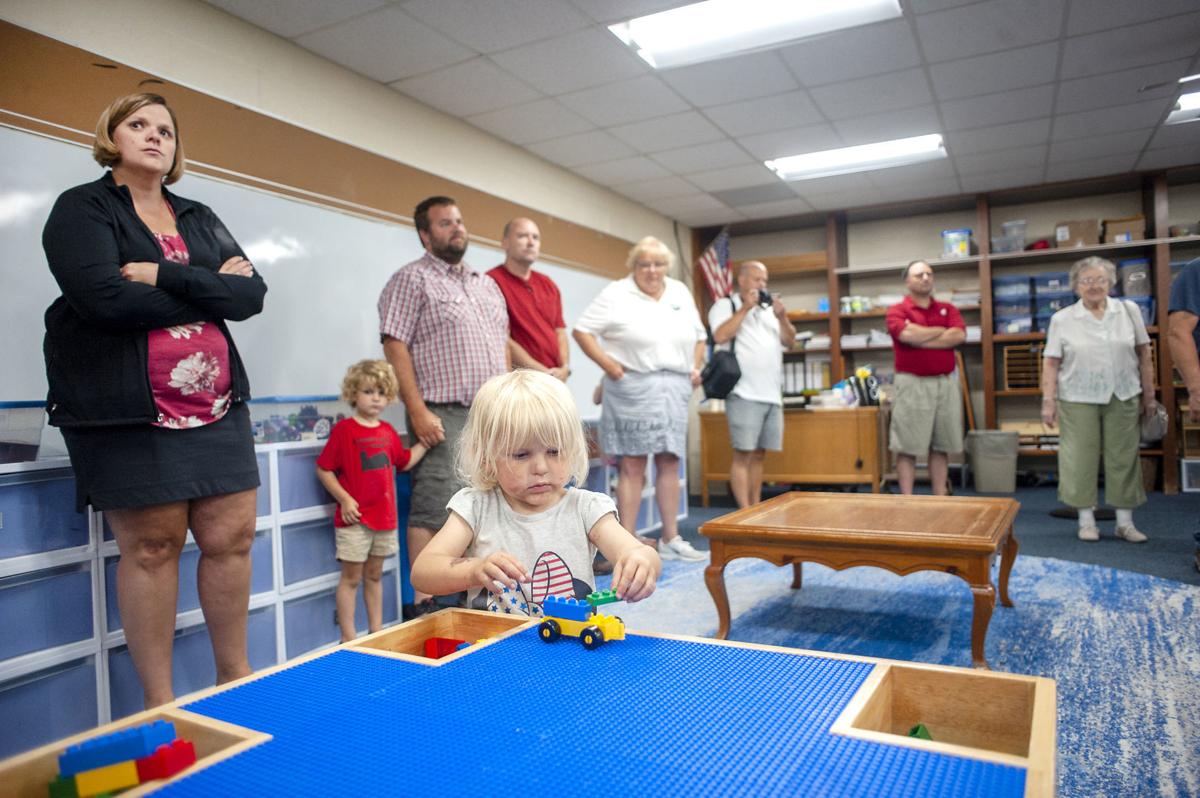 Eleanor Schutt, 2, plays with Legos during a tour of Darien Elementary School on Monday. 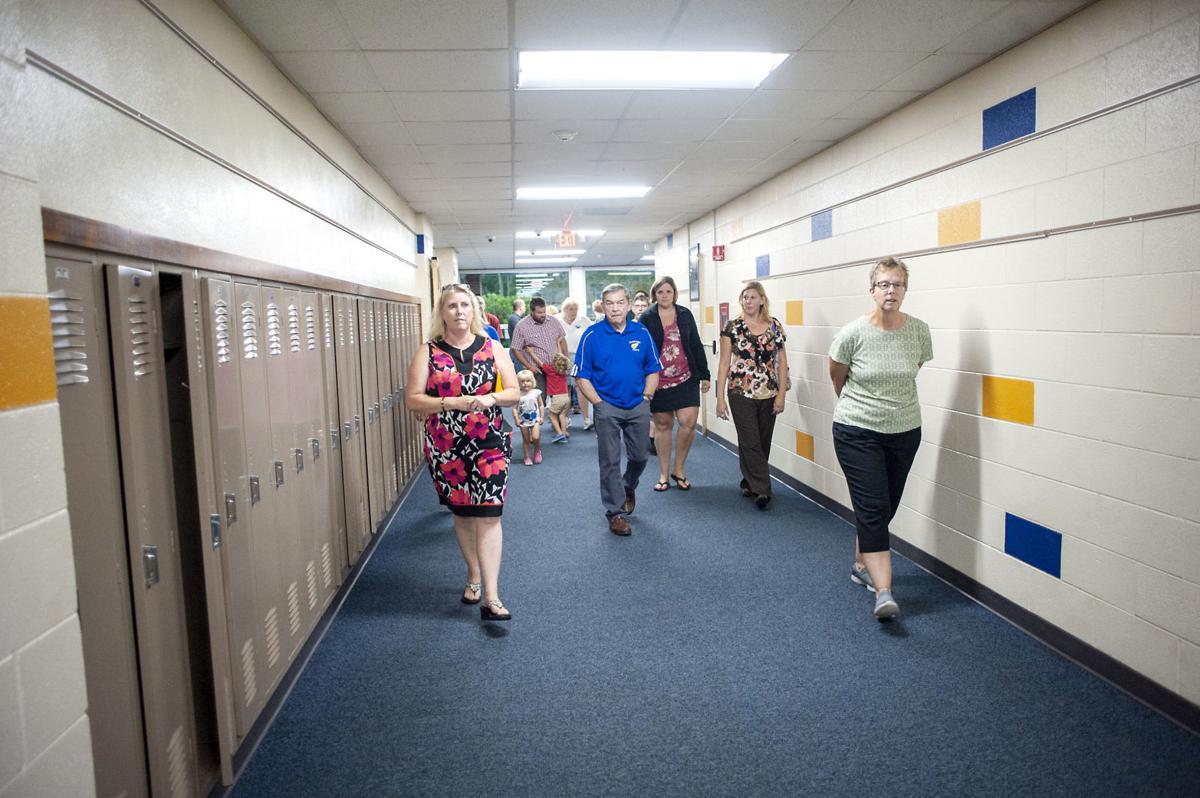 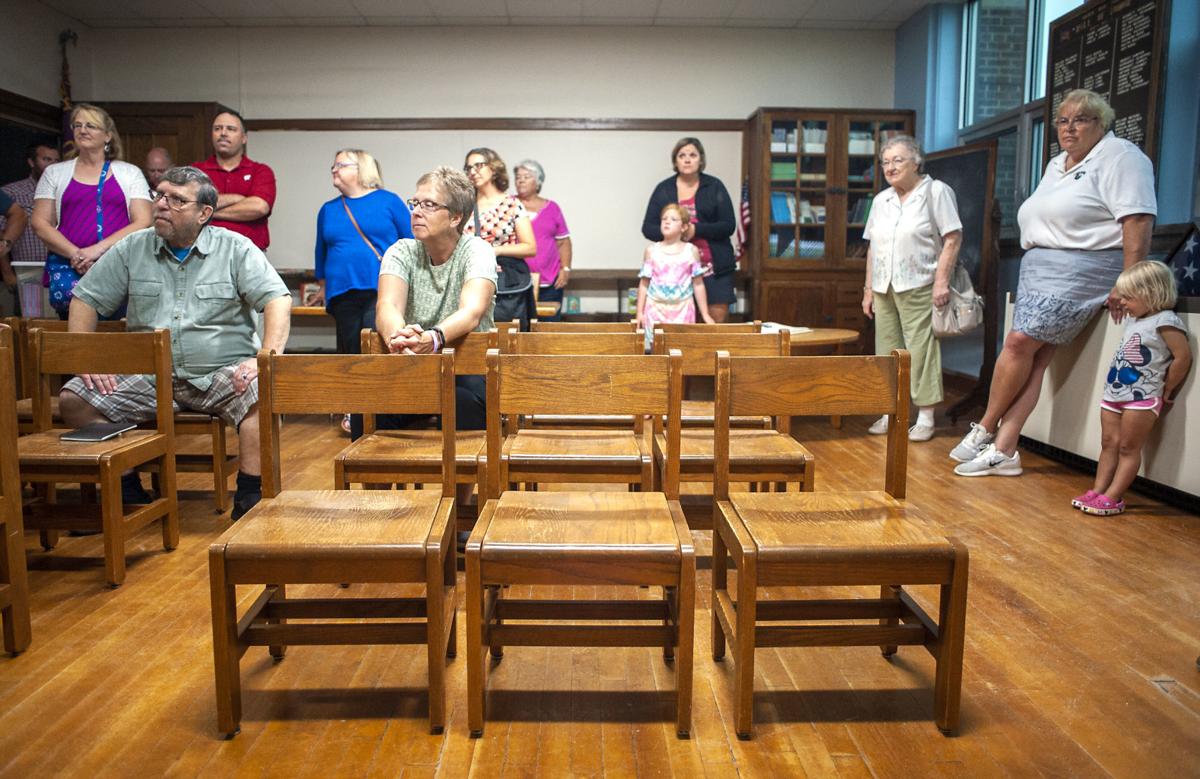 A group of residents gathers in a historical-themed room at Darien Elementary School on Monday. The school building is more than 100 years old. 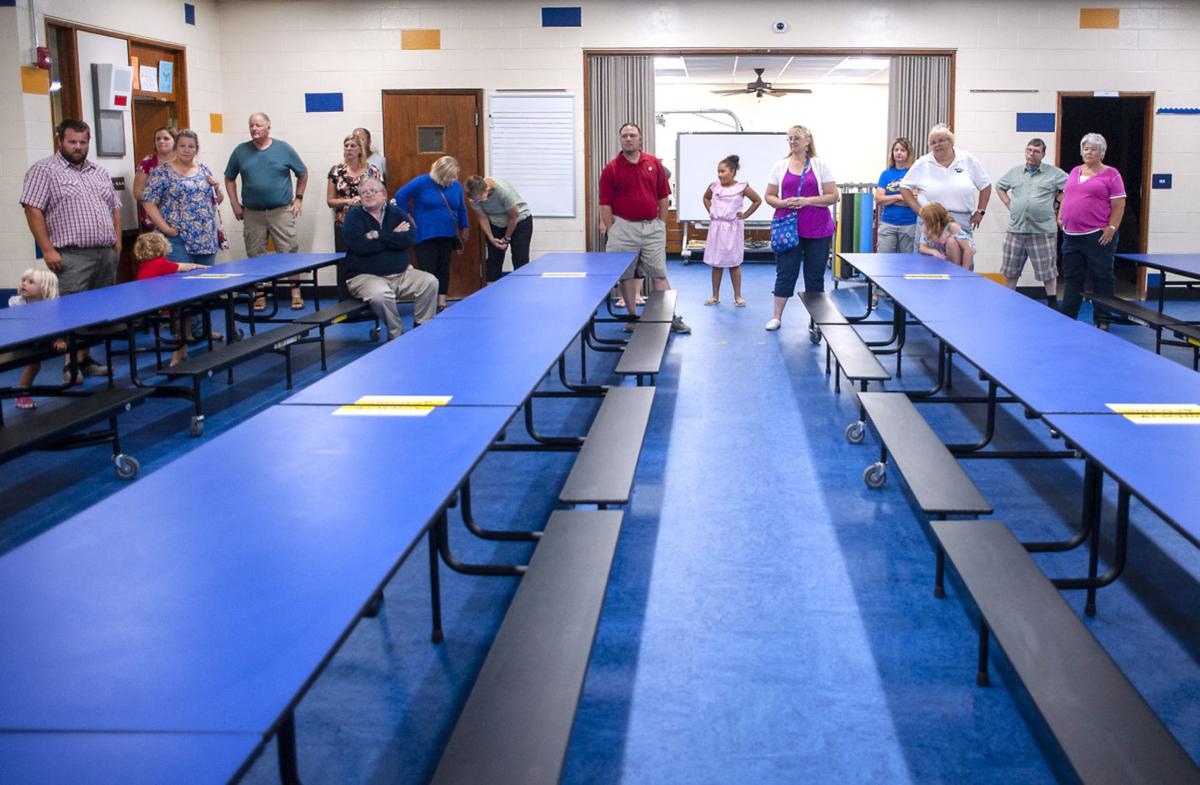 The Darien Elementary School cafeteria has been outfitted with new tables for the start of the 2019-20 school year. 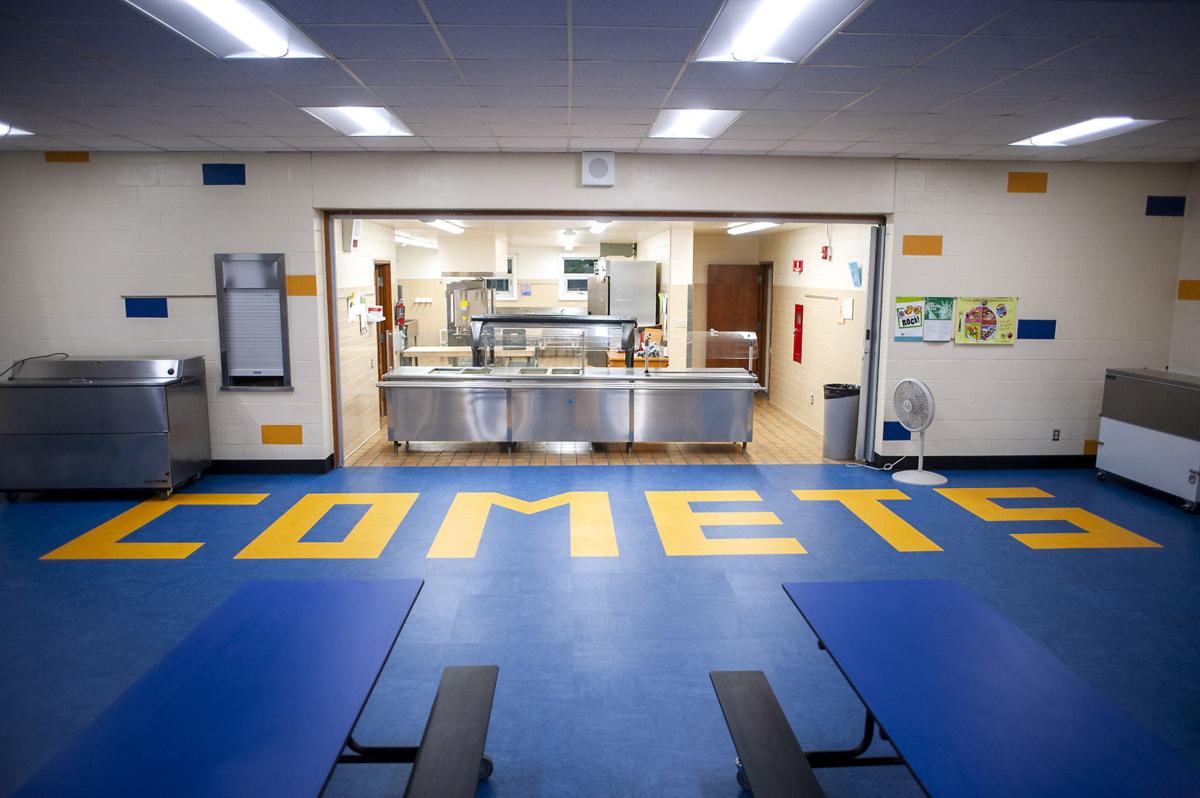 A new floor in the Darien Elementary School cafeteria has been added.

Eleanor Schutt, 2, plays with Legos during a tour of Darien Elementary School on Monday.

A group of residents gathers in a historical-themed room at Darien Elementary School on Monday. The school building is more than 100 years old.

A new floor in the Darien Elementary School cafeteria has been added.

Last school year, a big piece of the town and village of Darien’s history went on hiatus. A tour Monday celebrated its return.

The classrooms at Darien Elementary School were empty during the 2018-19 school year. A failed referendum in April 2018 led to the closure, turning the century-old building into storage space.

But the school at 125 S. Walworth St. will be back in service with some new features after the Delavan-Darien School Board voted in February to realign the district’s elementary schools.

“We’re the Delavan-Darien School District, and as I heard from community members and as I felt myself, we were taking Darien out of the district, and it just felt wrong,” said Darien Elementary Principal Kelly Pickel.

During the closure, Pickel worked at Delavan-Darien High School as the career and technical education coordinator. She said Monday that she is ready to be back at Darien Elementary.

“It feels good to be back with the elementary kids and working with them again and a teaching staff that is also very excited about coming back,” Pickel said.

Shirley Sisk graduated from Darien High School in 1949. She said she was saddened when Darien Elementary closed last year, but she smiled Monday as she walked around her former school.

“I love that we’re going to have students back here,” she said.

Sisk’s four children went to grade school in the building, and her father was on the school board when the Delavan-Darien School District was created. As she walked up the school stairs Monday, the memories flooded back.

“Things aren’t quite the same, but the classrooms upstairs? Yeah, they’re the same. My locker is still there,” she said with a smile.

Renovations included new furniture in some classrooms, exterior work to the rear of the building where kids walk every morning, a new library layout and a new lunchroom.

The district began implementing the changes in March after the decision to reopen.

“I appreciate the partnership with the community of Darien, and I want them to know that we value them,” Sorbie said. “Just having the kids coming back into this building that has been a school for over 100 years, it’s just going to be great.”

The building, which will house 220-250 kids this year, is an important part of the district’s future, she said.