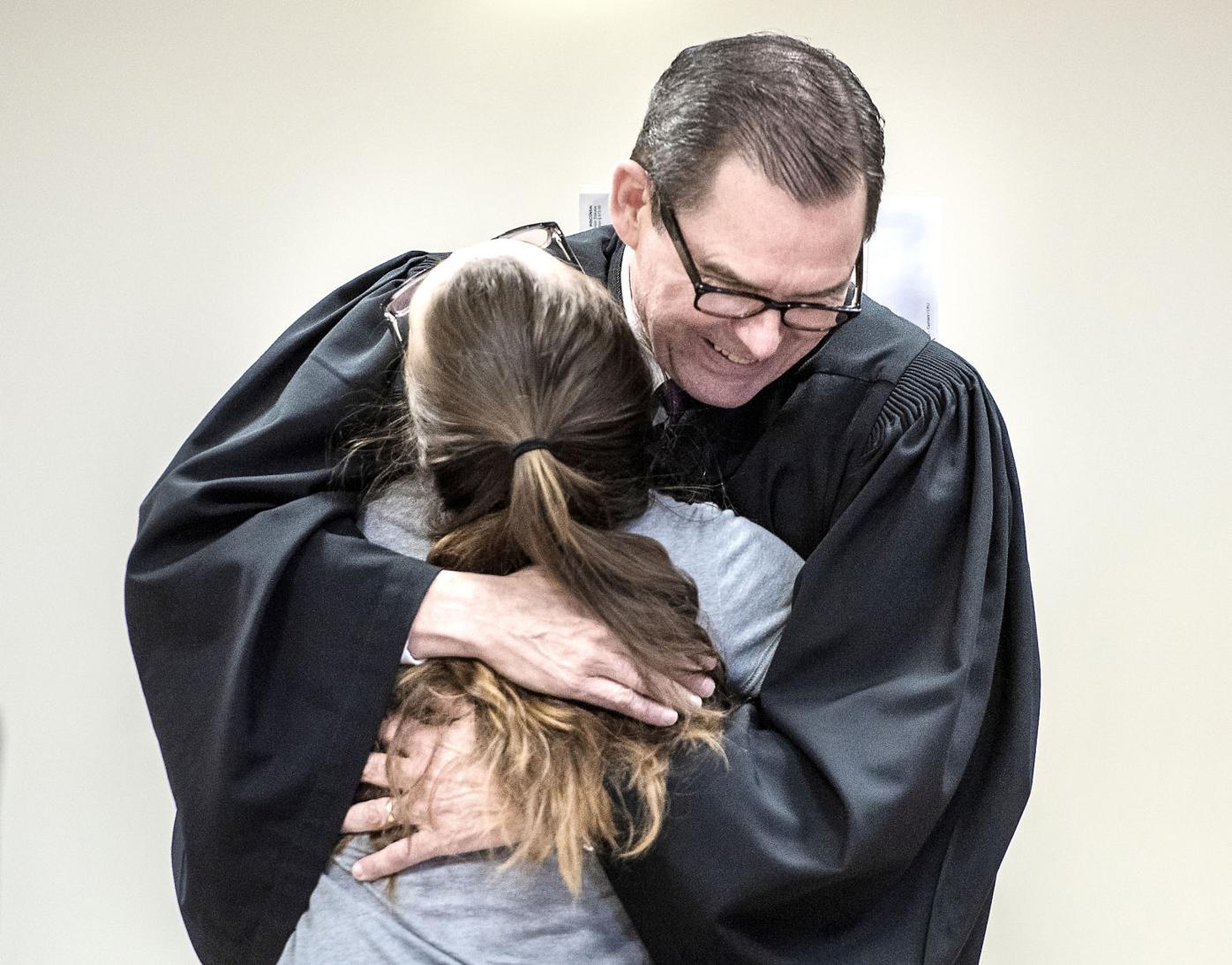 Walworth County Judge David Reddy hugs Hailey Beles during her graduation from drug court in August 2019 at the Walworth County Judicial Center in Elkhorn. Reddy shared his concerns at a recent meeting that District Attorney Zeke Wiedenfeld’s stance on drug court could end the program. 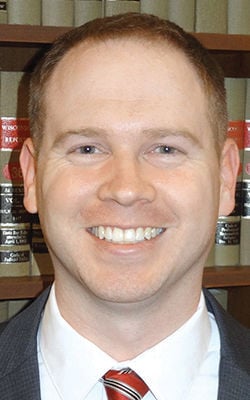 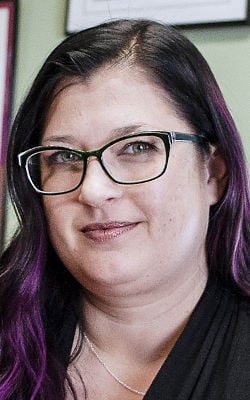 Walworth County’s district attorney has taken plea deals off the table for defendants who are screened for treatment court, a move that one judge said likely puts the program in peril.

At an April 14 meeting, Judge David Reddy said the “roadblocks” put up by District Attorney Zeke Wiedenfeld against drug court—one type of treatment court—also could have drastic effects on other programs, such as the pretrial services diversion program and OWI treatment court for intoxicated drivers.

“I think it’s a shame,” Reddy said. “I’ve been passionate about treatment courts from the beginning. I ran on, that was my platform that I ran on almost 12 years ago. And it’s just sad, the situation that we’re in.

“And really, Zeke, I put it on your shoulders.”

Wiedenfeld’s stance on the currently grant-funded drug court has frustrated other Walworth County Court officials for years. Those officials have praised the program’s ability to help defendants most in need of addiction treatment, while also saving the county money by keeping them from incarceration.

The county’s top prosecutor has said before that his concerns stem from wanting more explicit criteria for who can and cannot be a part of drug court.

He also has raised public safety as a reason for his stance, but others have argued that many who have been turned away from drug court eventually were given probation, which is less restrictive than the program.

Members of the county’s Criminal Justice Coordinating Committee mentioned at their April 14 meeting that Wiedenfeld withdrew the DA’s office from treatment courts back in September.

But his office’s withdrawal does not mean it is not still having an effect on enrollment.

At the meeting, Reddy said he had a “very dire warning” for drug court, saying the program has only six participants. In the past, enrollment has been over 20.

The judge pointed to Wiedenfeld’s recent position on plea negotiations as a reason more people aren’t entering the program because “everything is off the table.”

One plea deal offer Wiedenfeld sent April 12 to Mackenzie Renner, the head of public defenders for the county, includes this note:

In response, Wiedenfeld said that language was included because defense attorneys were negotiating and “at the last minute” brought up their intentions to argue at sentencing for treatment court.

“The language in the offer letters is really to encourage up-front negotiating with defense attorneys,” he said, adding that “after the DA’s was removed” there was no clear eligibility on who could and could not be in the program.

“Now we’re more on the defensive in terms of how we negotiate cases because we don’t know who will be accepted or what incentives will be offered as part of a sentence,” he continued. “That’s where that language comes from. I don’t know if that’s an acceptable answer or not, but that’s how that came about.”

Reddy fired back, saying, “I interpret your response to say you don’t have control anymore, and this is how you’re maintaining control.”

“In terms of negotiating with defense attorneys, yes,” Wiedenfeld said.

“No, in terms of negotiating,” Wiedenfeld said, clarifying that he was speaking more to the discussions around plea agreements.

But Reddy said Renner, the public defender, was shaking her head.

“I think that Mr. Wiedenfeld is not being completely honest,” Renner said, adding that the language in the offers speaks for itself. “That does not open a door to negotiations. It shuts them down.”

She also said it was not true that treatment court was being brought up at the last minute, pointing to a recent case of her own in which it was mentioned repeatedly throughout the process.

Even if the judges broadly signal their support for treatment courts, Renner said it is “terrifying” for defendants to go into a sentencing feeling like they are rolling dice over whether they get into the program or go to prison.

That is true especially for high-risk and high-need defendants that treatment courts are designed to target because they likely are facing long prison sentences, she added.

Funding for the program this year was “basically guaranteed,” Reddy said. But next year, it is not.

“I don’t believe that the current state of the program would qualify for (the grant),” he said.

Reddy said the committee originally started to address overcrowding at the jail in the hope of avoiding spending millions of dollars to expand the facility. Treatment courts were one method to achieve that goal.

Clerk of Courts Kristina Secord said her rough estimate showed it would cost about $75,000 to continue the drug and alcohol testing that comes with these programs for six months after funding might end.

Walworth County Administrator Mark Luberda said if the program lost its grant funding, he expects that the county and county board could find funds to help those in the program finish it. He was cautious not to make any guarantees.

“I always say I’d rather spend somebody else’s money before mine,” he said. “So if we could keep the grant going, I think that’s a good thing.”

“I’m putting everybody on notice,” Reddy said. “This is crunch time in terms of keeping the program together.”

After flying in national drug court experts to give a training and mediate a discussion, some Walworth County officials wanted to leave Wednesday knowing if drug treatment court will continue or not. There was no such resolution.