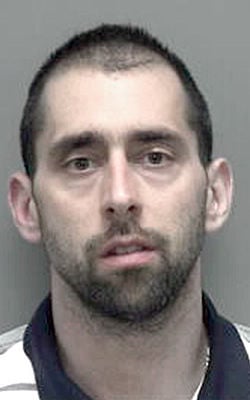 Several speakers at Branko Jovanovic’s sentencing hearing in Rock County Court on Friday know what it’s like to lose a father.

After he lost his own dad, Jovanovic, 30, moved from Serbia to the United States about 10 years ago so he could be the new provider for his family as a truck driver.

Aleksandar Perovic, who has known Jovanovic since he was 10 or 11 years old, said the Illinois man was like an older brother he never had.

Perovic said his father died in his arms.

He knows how hard it can be, even though he acknowledged that he can’t fully be in the shoes of Michael L. Bacon’s family, who are still grieving the death of the 59-year-old father, grandfather and motorcyclist from Whitewater who died after Jovanovic ran a red light and struck him with a semitrailer truck in September 2019.

Judge Karl Hanson did not believe Jovanovic’s character—which was praised as selfless by his friends and family—was defined by this incident alone, nor did the judge think Jovanovic would reoffend in the future.

“I have no doubt in my mind, Mr. Jovanovic, that you will never again in your life run a red light,” Hanson said. “I am confident that anytime you are behind the wheel of a vehicle again, a red light is going to cause your heart to accelerate and your blood pressure to rise. And there is going to be a degree of fear that grows within you.”

Nonetheless, Hanson declined to sentence him to probation. His sentence was roughly in the middle of the state Department of Corrections’ recommendation of three to five years of prison—Hanson elected for a prison term of four years and three months, followed by eight years of extended supervision.

It was more than just taking a life, Hanson said. It was leaving the scene, too.

It appears that after the crash at the interchange at Interstate 90/39 and Highway 11/Avalon Road, Jovanovic pulled over and put on his hazard lights, said Assistant District Attorney Alex Goulart. But Jovanovic never got out of the truck.

He started to drive away but pulled over again, the prosecutor said. Still, he never got out, and he eventually drove away for good.

Goulart said Jovanovic, who the prosecutor said had other traffic violations in his recent history, chose to preserve his delivery time over stopping to see what had happened at the intersection.

“He was a risk on the roadway,” Goulart said.

One of Bacon’s children read a statement from his best friend, who wrote that he would have been defending Jovanovic had he stayed at the scene of the crash. Instead, the friend wrote that he “ran like a child.”

That friend wrote that he will never forgive Jovanovic, and the woman who read his statement said she also thought the incident was “unforgivable.”

She said Jovanovic deserves the death penalty, which she acknowledged was not in place in Wisconsin.

Goulart read another victim impact statement from another one of Bacon’s children, who wrote, “I hope once you’re done serving your sentence you get deported back to where you came from and never come back to the United States of America.”

Goulart later clarified to The Gazette that the statement “wasn’t based on any indication by immigration or any other federal agency stating he would be deported,” adding that his office has not heard anything about deportation.

But Bacon’s sister, who also shared thoughts from their mother who died a few months after the crash, struck a different tone.

About two weeks before he died, Bacon told his mom, who had been battling lung cancer, that he wasn’t afraid to die, his sister remembered. Their mom shouldn’t be afraid, either, because he said he had been saved by Jesus.

“I would like you to know that my mother, before she died, forgave you,” Bacon’s sister said. “My brothers and I, we forgive you, too. Mr. Jovanovic, ask for forgiveness, and God will forgive you, too.”

Jovanovic said his faith is also important to him, and it was before this case ever happened.

When he spoke Friday, he said he could not adequately express his anguish and guilt for causing Bacon’s death. He apologized to Bacon’s family and to the whole community.

“One more time, deep apologies and my prayers with Mr. Bacon, with his family,” he said. “God forgive me. May God help us all.”

This story was updated at 2:30 p.m. Friday with more scenes from the sentencing hearing.

Starting Feb. 1, Judge Karl Hanson (Branch 1) and Judge John Wood (Branch 6) will be streaming their court hearings on Dacast instead of YouTube. They are serving as some of the pilots on this site throughout the state, according to a news release shared Friday.

Participants in those hearings will continue to use Zoom. The public will still be able to view other branches proceedings on YouTube—it’s only these two branches that will be available for viewing on Dacast, the release states.

Links to the streams are available on the Wisconsin Court System website.

An Illinois man pleaded guilty in Rock County Court on Friday in connection with the death of a Whitewater motorcyclist last year.