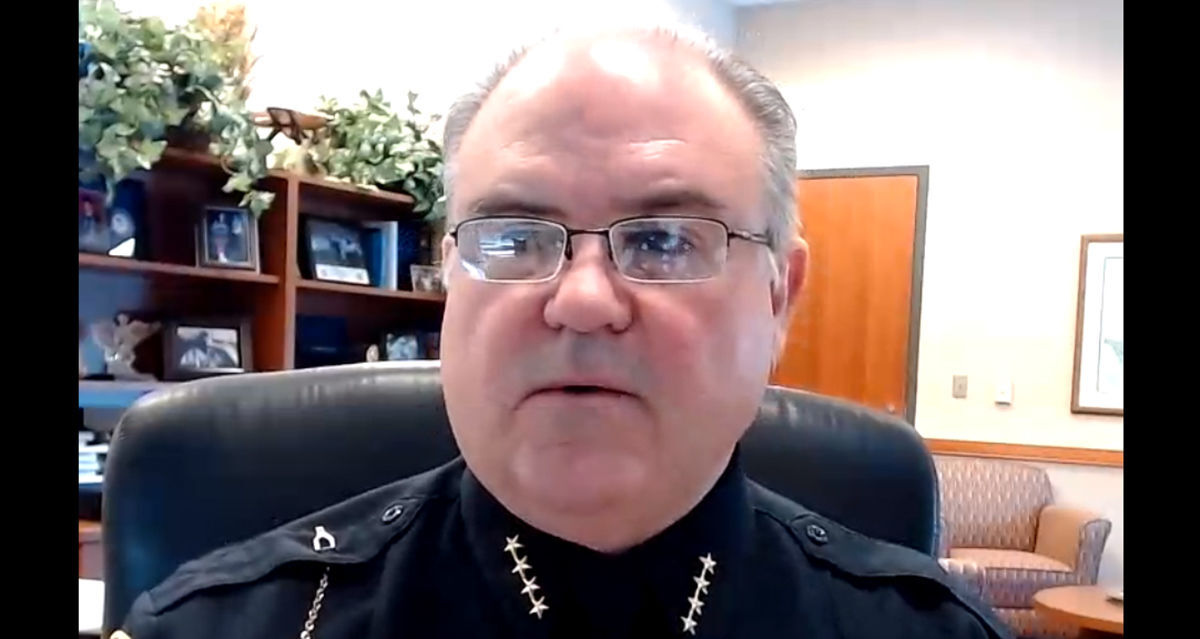 In 2020, a year dominated by COVID-19, the Janesville Police Department reported a 14.5% decrease in activity from its officers, the police chief shared during a press conference Tuesday.

Chief Dave Moore said a lot of the decreases the department saw for various matters could be attributed to the pandemic.

For example, he said there were fewer traffic stops because fewer cars were on the roads. And with some bars being closed at times over the past year, officers have responded to fewer intoxicated-driving reports.

The total figure for “police activity,” which includes everything from car accidents to burglaries to drug offenses to ordinance violations, dropped from 66,680 in 2019 to 57,012 in 2020, according to the department.

“Janesville continues to be a very safe community,” Moore said. “I have to tell you, this is the community’s crime rate. And while the police department shares the statistics, it really takes an entire community to drive down crime.”

Police arrested fewer adults and kids in 2020 when compared to 2019. There was a 25% decrease in adult arrests and a 45% decrease for children.

Those figures are down from 2018’s tally of 172 total violent crimes, which includes homicides, rapes, robberies and aggravated assaults that fit federal Uniform Crime Reporting definitions.

Four people died in homicide cases in 2020, which Moore said was “abnormally high” for Janesville. He said the city typically sees between zero and two homicides in a year.

He said police have made arrests in all of those 2020 homicide cases, one of which was a double homicide.

A little more than half of those violent crimes (57%) were “cleared,” according to the department. Only six of the 31 reported rapes were deemed cleared—about 19%.

“There’s always victims behind these numbers,” Moore said. “And we continue to work to reduce (the number of) victims and help our victims.”

One of the data points that did increase from 2019 to 2020 was fireworks complaints. Janesville police accounted for 350 such complaints in 2020, compared to 196 the year before.

Another topic that came up repeatedly during the year was the intersection of race and policing. The data shared Tuesday, however, is not broken down by race.

When asked why, Moore said for the city’s annual crime statistics presentation, police “tend to replicate what we’ve done” because the new data can compare smoothly to that from previous years.

“Those are just points that we haven’t tracked over the years,” he said.

The pandemic has forced the Janesville Police Department, much like other organizations, to change how it operated in the name of safety.

Moore said some changes could become the operating norm after the worst stages of the pandemic are over. For example, he pointed to potential efficiencies of meeting over video rather than having everyone come to the same place.

“We learned as a department that we could change quickly,” he said.

This story was updated at 1:23 p.m. Tuesday with more information from the press conference. It was further updated at 3:23 p.m. with information about the year’s homicides and again at 4:39 p.m. with overtime figures.