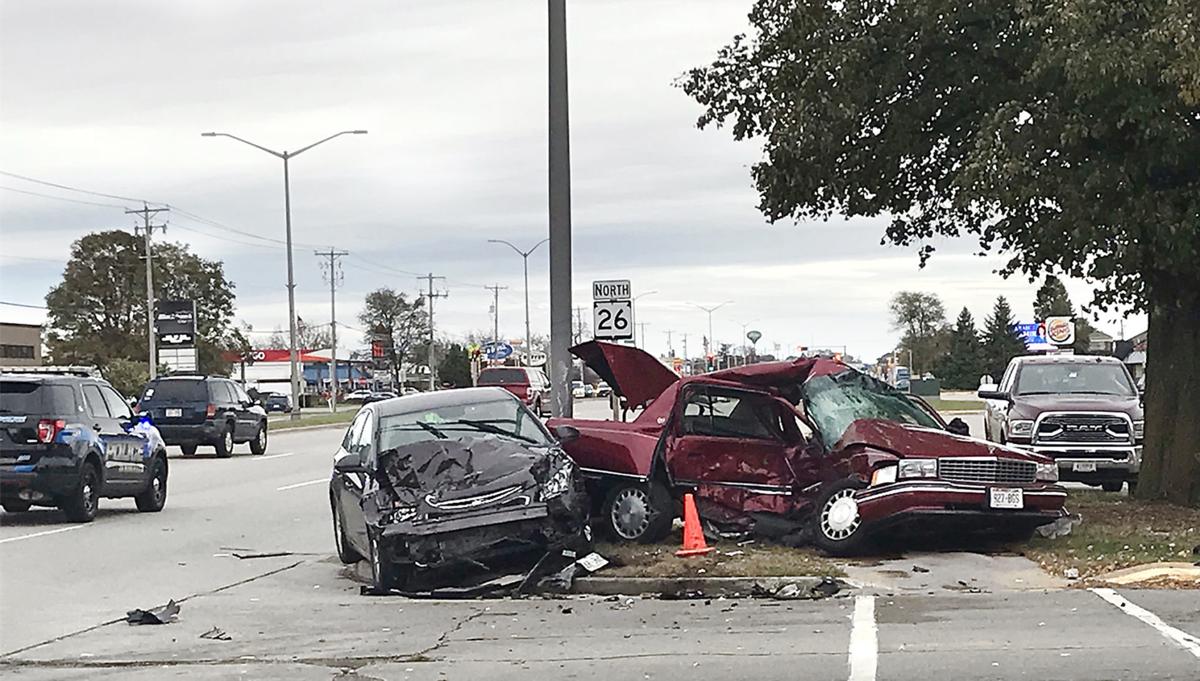 This Oct. 19, 2018, photo shows the two-vehicle crash on Milton Avenue at Refset Drive that killed 74-year-old Merilyn Mitchell. Ty Matijevich, now 18, the driver who crashed into Mitchell’s car, was sentenced Friday in Rock County Court to five years of probation, one to be served in the Rock County Jail. 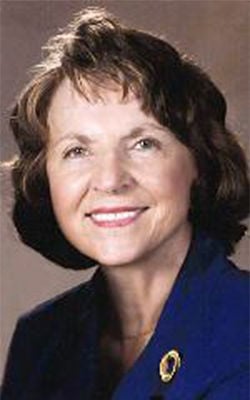 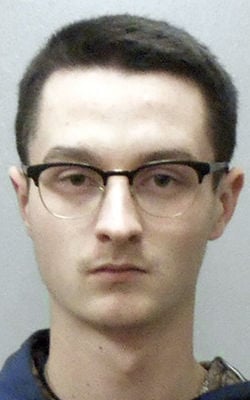 Merilyn Mitchell and her husband, Phillip, were enjoying retirement.

They had celebrated their 57th wedding anniversary. They danced frequently. They had recently returned from trips to Merilyn’s native England and to see the pyramids and the Nile River in Egypt.

Then a 17-year-old high school student driving 76 mph slammed into Marilyn’s Cadillac in the middle of the day Oct. 19.

Friday, Ty M. Matijevich, now 18, of 3743 Red Stone Drive, Janesville, sat in front of a judge at the Rock County Courthouse for sentencing

“Merilyn was the love of my life,” Phillip wrote in his victim-impact statement, which Assistant District Attorney Katharine Buker read in court. “… She was in excellent health, and we would go swing dancing almost every weekend. Between that and participating in World War II reenactments, we were having the time of our lives.

“We had so much more living to do. Many nights are filled with grief and sleeplessness. I am grateful to my family and friends, but to be honest, my life will never be the same.”

But the Mitchells did not ask for punishment.

Merilyn’s son Brent told the court that the family forgives.

“We don’t feel there was malice involved, but he just did stupid stuff that we all did when we were kids, and it ended badly,” Brent said. “We don’t want to see another life lost or ruined.

“So our hope for Ty is that he uses this as an opportunity to do good and that actually he would be a better person because this happened than if it wouldn’t have happened.”

Buker and defense attorney Jack Hoag recommended Matijevich be placed on probation for five years, the first year to be served in the Rock County Jail.

Buker said Matijevich had no prior record, did not intend to hurt anyone, has acknowledged his guilt and has led an otherwise good life.

“On the other hand, his conduct was outrageously reckless,” Buker said.

That day, Matijevich got out of class at 11:25 a.m. and drove a friend, who needed to pick up a paycheck at Famous Dave’s, into the heart of the Milton Avenue/Highway 14 business district, Buker said. They were going to have lunch before joining their house-construction class.

Matijevich told officers after the crash that he was going 40 to 45 mph in the 40-mph zone before the crash on Milton Avenue in front of the Janesville Mall. Then a car turned in front of him, and he couldn’t stop in time, Buker said.

One-half second before impact, the brake was applied, reducing the speed to 77 mph, Buker said.

Hoag thanked the Mitchells for their forgiveness, noting the pain they endure.

“You just can’t fathom that level of hurt,” Hoag said.

Hoag said he hoped young people in the community would see the hurt they can cause by speeding and slow down.

Matijevich was near tears at times during the hearing and apologized when it was his turn to speak. He had written a letter earlier in which he told of “hateful comments” after the crash from people he had known all his life, including “I hope you rot in jail.”

“Since this accident, I have completely changed my outlook on life. I strongly believe in God and pray every night for forgiveness,” he wrote. “I now understand that rules have been put in place for everyone’s safety. Life can change in a blink of an eye. … I wake in the middle of the night and ask myself why. Why I drove so fast? Why I didn’t drive the speed limit?”

Judge John Wood said he lost sleep over the decision but in the end went along with the plea agreement.

By all accounts, the driver, Matijevich, was a good kid from a good family, Wood said, noting letters of support from teachers and others who know him.

Wood also ruled Matijevich must maintain absolute sobriety during probation, even though intoxicants were not involved in the crash and there was no indication Matijevich had a problem with alcohol or drugs.

The rules, Wood said, were intended to make sure Matijevich will not stray.

Wood also ruled Matijevich must provide 100 hours of community service during each year of his probation.

Wood suggested Matijevich could speak to young people about his experience.