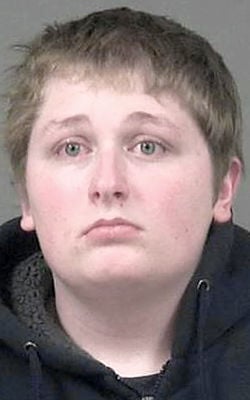 A teenager has pleaded guilty to spiking his stepfather’s drinks with a cow sedative, but if he successfully completes his probation his felony charge could be dropped in the future, court records show.

As part of a hold-open agreement, Tyler S. Rabenhorst-Malone, 19, was sentenced Aug. 5 to serve three years of probation and 100 hours of community service, according to online court records.

In his court case, Rabenhorst-Malone lists a Madison address, but WCLO radio reported that at his hearing he said he was homeless.

He pleaded guilty to felony placing foreign objects in edibles, and a judge convicted him on several other misdemeanor charges because he pleaded no contest to those, court records show. A second felony charge was dismissed and read into the record as part of the agreement.

The criminal complaint identified Rabenhorst-Malone’s stepfather as a Rock County dairy farmer who reported missing drugs from a barn in January 2018. He then said he felt weird symptoms.

The stepfather went to University Hospital in Madison and told them of his droopy face, slurred words, heavy breathing and stumbling, but the doctors told him it could have been from stress, lack of sleep and drinking energy drinks, the complaint states.

The symptoms reappeared in April of that year, around the time the stepfather started suspecting his stepson was “messing with him,” according to the complaint.

Rabenhorst-Malone admitted to a sheriff’s deputy that he thought it would be funny to spike the drinks and that he didn’t think it would actually hurt anyone, the complaint states.

He has until Oct. 9 to pay his court costs.

A teenager is accused of spiking his stepfather's energy drinks with a cow sedative.