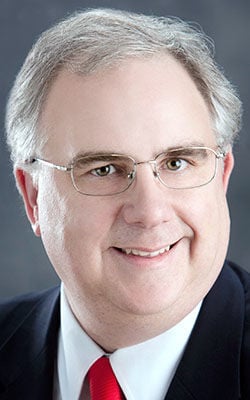 Rock County Judge Michael Haakenson has announced that he is running for his seat again in April.

County judges appointed him in 2012 to be a part-time family court commissioner, and he became a full-time commissioner in 2013, according to a news release. In 2015, he was elected to his current role as judge.

Haakenson presides over the county’s intoxicated-driving treatment court and the family recovery court, according to the release. He also works with the county’s Evidence-Based Decision Making Ad Hoc Committee.

He previously was in the criminal case rotation, but currently he is in the juvenile rotation and presides over matters such as delinquency, adoption cases, minor guardianship and Child in Need of Protective Services cases, also known as CHIPS.

He graduated from the University of Wisconsin Law School in 1988 and clerked with a state Supreme Court justice in 1988 and 1989, according to the release. He then joined the Janesville law firm that would become Haakenson & Haakenson.

Haakenson is married and has two adult children.