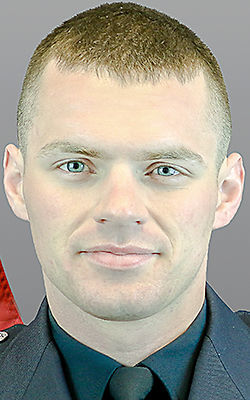 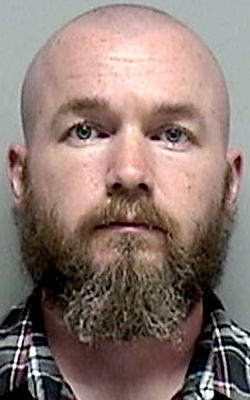 But with other officers responding to a car accident, Lake Geneva’s newest officer said he volunteered to meet with a man waiting in the lobby who wanted to speak with an officer.

That man, Keith Comfort, implicated himself in the murder of his wife, Megan N. Shultz, police have said. Comfort, now 37, reported her missing to Columbia, Missouri, police in 2006. Shultz was 24.

Comfort on Sunday “voluntarily reported disposing” of Shultz’s body in a dumpster, according to a Columbia Police Department news release Wednesday.

It’s a “rare circumstance” for any officer to have someone walk in and implicate himself in a murder, but Lt. Ed Gritzner said Springhorn handled it well.

The 25-year-old officer started with the department in March. It’s his first job as a police officer.

“Certainly (I was) mentally exhausted to some degree,” Springhorn said. “It was a long day of digging through all those details.

Gritzner said Comfort had been living in Lake Geneva for about two months. Court records list Comfort’s address in Lake Geneva as 903 S. Wells St., No. 29.

Comfort was employed in the area, but the lieutenant said Tuesday he did not know what the job was.

“He wasn’t on our radar for anything,” Gritzner said.

Comfort was pulled over for a “minor traffic infraction” in 2017, when he listed what appeared to be a town of Geneva address, Gritzner said.

It was not clear what prompted Comfort to turn himself in, but Sunday was exactly 13 years after Comfort reported Shultz missing.

Comfort was held on a $1 million cash bond, according to police.

At a Monday appearance in Walworth County Court, Comfort waived his right to an extradition hearing.

While he was at one point in the Walworth County Jail, it is not clear if he is still in Wisconsin or in Missouri. A spokesman for Columbia police did not immediately respond Wednesday to clarify that point.

Gritzner said Lake Geneva will defer to Columbia police and only help with more interviews or investigating if they are requested.