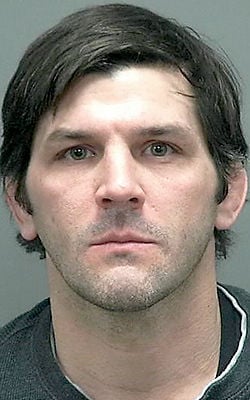 A Rock County Court commissioner entered not guilty pleas for a former Clinton High School wrestling coach after the man stood mute Tuesday on criminal charges that he acted inappropriately with two wrestlers.

Tyler W. Clark, 36, of Beloit was charged in late January with two counts each of child abuse and disorderly conduct.

Prosecutors accused Clark of grabbing the crotch of a female wrestler and punching a male wrestler at a practice where he was shirtless and appeared intoxicated, according to the criminal complaint.

Court Commissioner Stephen Meyer adopted an agreement from both sides to modify Clark’s bond, allowing him to have supervised contact with his fiancée’s two children.

The bond previously disallowed him from having contact with any minors outside his family, with those children being deemed as not his family.

Clark’s next court date after signing his new bond, which is expected to happen today, was not scheduled during Tuesday’s hearing.

A former Clinton High School wrestling coach was acting "weird" and appeared intoxicated at practice Dec. 27, when he is accused of biting and grabbing a female wrestler and punching a male wrestler.