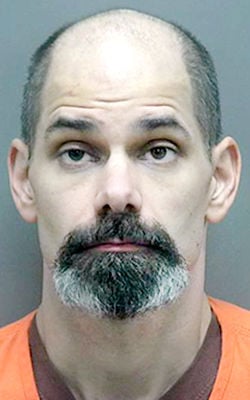 A man accused of trying to rob a Janesville bank before speeding through the city on a motorcycle in January 2019 has been sentenced to four years in prison on top of time he’s already serving, court records show.

In January, Landis pleaded guilty to a single count of second-degree recklessly endangering safety and had other charges dismissed and read into the record. WCLO reported that the endangering safety charge came from the high-speed motorcycle chase.

About a year before his guilty plea, Landis entered Wisconsin River Bank, 1101 N. Parker Drive, on Jan. 4, 2019, wearing sunglasses and a gray scarf or mask, according to the criminal complaint. He went behind the counter and tried unsuccessfully to open drawers.

He then left the bank and drove away on a motorcycle as police pursued him, the complaint states. The chase exceeded speeds of 50 mph through the city, including on Main Street and through the Fourth Ward, where Landis drove into backyards on South Jackson Street.

The incident occurred just three months after he was released from prison for another bank robbery.

A man accused of trying to rob a Janesville bank on Friday was released from prison in October after serving a sentence for bank robbery.