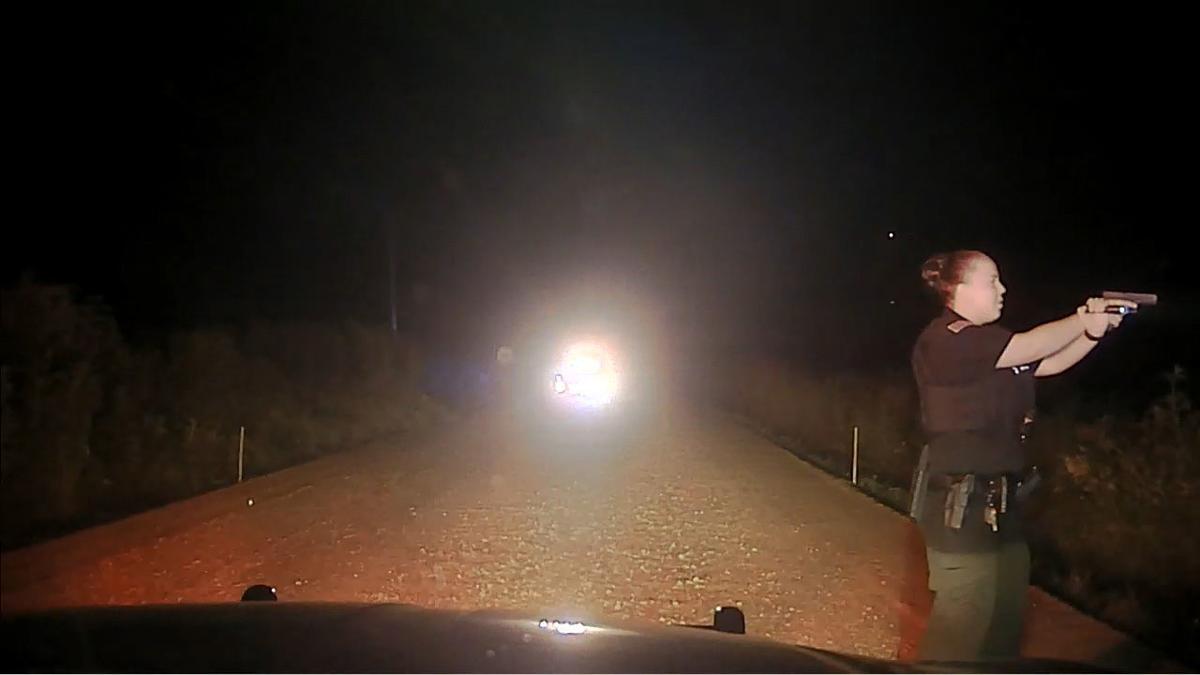 This image from a Rock County squad car camera shows a deputy pointing her gun toward a field off Consolidated School Road as she searches for the driver of an SUV after a high-speed chase Aug. 1. 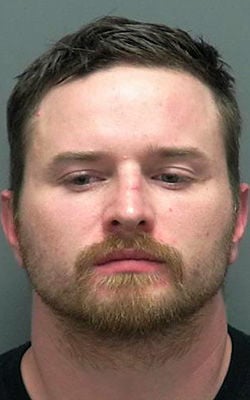 A man accused of leading Rock County sheriff’s deputies on a chase with speeds of up to 112 mph and ending in his SUV bursting into flames Aug. 1 is facing charges of fleeing and second-degree recklessly endangering safety.

Jeffrey P. Tuescher, 33, of 3631 W. Bass Creek Road, fled from a deputy who tried to stop him for an expired registration near the corner of highways 51 and 14 in Janesville at 9:51 p.m. that Thursday, according to the criminal complaint.

Tuescher sped north on Highway 51 before turning onto Consolidated School Road. The SUV then lost a side mirror by hitting a tree in the lawn of a residence, continued south on Consolidated School Road, ignored the stop sign at Cox Road, passed a road-closed sign and continued onto a gravel portion of the road before going into a cornfield, crossing back over the road and stopping in a hayfield, according to the complaint.

Video from a squad-car camera shows the pursuing officer pointing her sidearm toward a field. Rock County sheriff’s deputies do not wear body cameras.

Tuescher and a passenger fled on foot, and the SUV, which was leaking fluid, burst into flames, according to another criminal complaint. The Edgerton Fire Department put out the fire.

Tuescher’s passenger, Christopher C. Winchester, 31, of 819 Benton Ave., Janesville, was arrested the next morning as he was walking down Highway 51, according to the criminal complaint.

Winchester told police Tuescher is his brother and was giving him a ride from Janesville to the gas station at highways 51 and 14 when the squad car appeared. He said Tuescher “kept going as fast as he could. I thought I was going to die,” according to the complaint.

Winchester told police he hid in a field while officers searched, and he did not know where Tuescher was, according to the complaint.

A deputy Aug. 16 spotted Tuescher on Benton Avenue in Janesville, and Janesville police soon arrested him at a gas station at Racine and Main streets, said Capt. Jude Maurer of the sheriff’s office.

A preliminary hearing in Tuescher’s case is Tuesday.