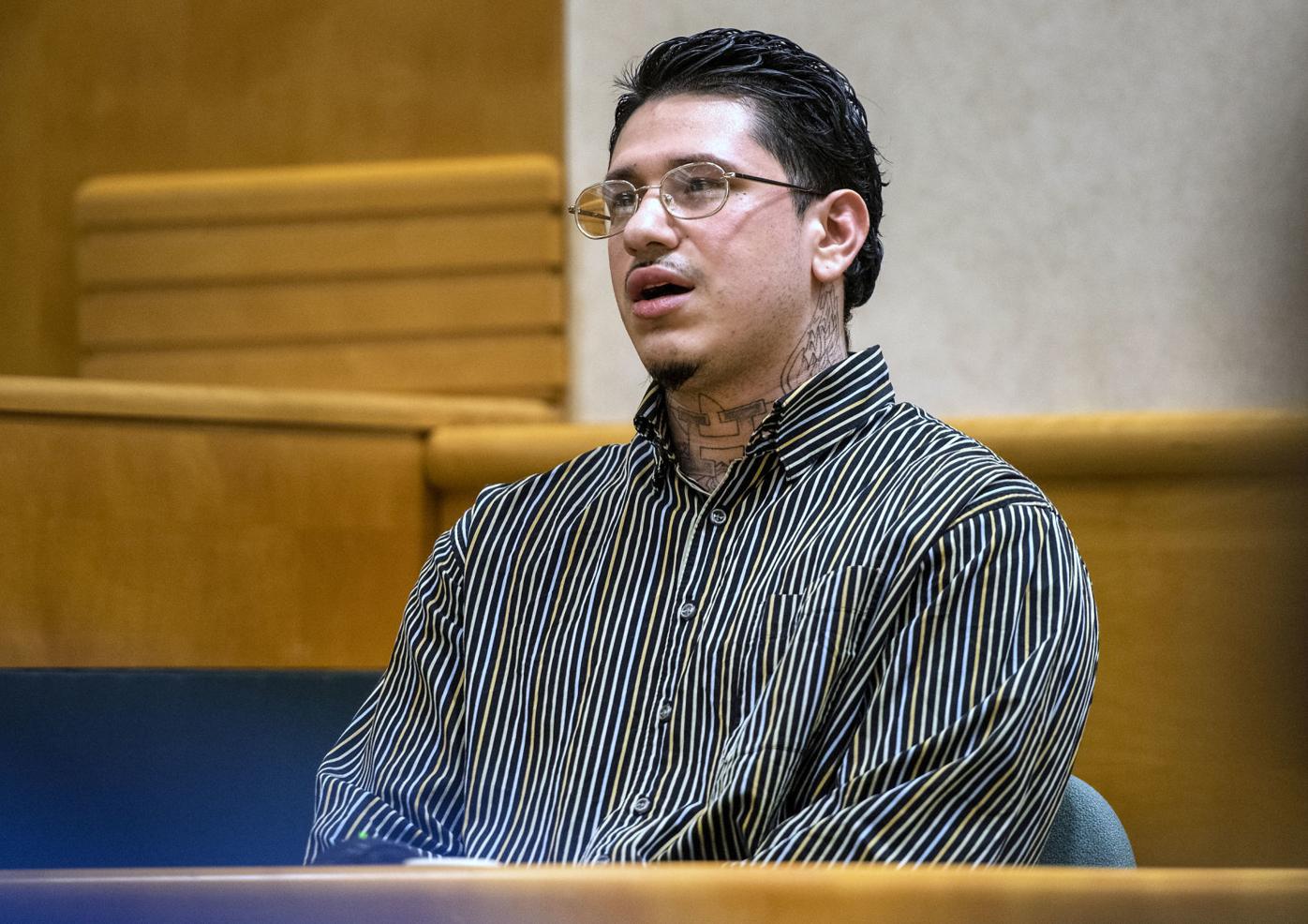 Julian Collazo testifies at the Rock County Courthouse in Janesville during his trial last fall, which resulted in a mistrial. A new trial is scheduled for September.

Members of the jury in a Janesville murder case will be sequestered and have their phones confiscated when the case is tried in September, a Rock County judge decided Friday.

Judge Barbara McCrory agreed to the motions from the prosecution without any objection from the defense attorney for Julian D. Collazo, 23.

Jurors also will be ordered to avoid news about the trial while it is going on.

The trial, which was delayed because of the coronavirus pandemic, is scheduled for five days starting Sept. 14.

Collazo is accused of fatally stabbing Christine Scaccia-Lubeck, 43, at her Janesville home in December 2017.

He was tried in October, but the jury could not reach a unanimous verdict, and McCrory declared a mistrial.

Defense attorney Jeff Jensen has filed a motion requesting the trial be moved to a different county or that a jury be selected outside Rock County because of extensive publicity in the case.

McCrory said she will rule on that motion at a hearing tentatively scheduled for July 27. The judge and attorneys agreed that the decision should not be made until Rock County courts’ COVID-19 safety precautions are known.

McCrory sits on a committee that is working to finalize those precautions for jury trials.

The Collazo trial could be the first jury trial to be held under the new precautions. The courts have been conducting most of their hearings with online conferencing applications for more than two months.

Proposed precautions include a 6-foot distance between jurors, which would require a bigger courtroom than those currently being used by the criminal court judges.

McCrory said Friday that the trial will be held in Courtroom H, a much larger and older courtroom that currently is used for Rock County Board meetings.