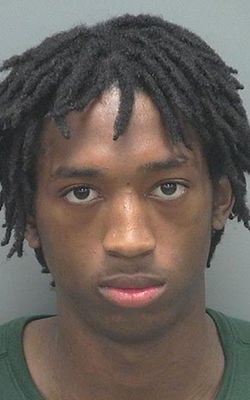 A victim in a summer shooting that occurred after a reported bike theft said Thursday during a hearing to schedule trial dates that the case has been “really hard on me and my family.”

“I would just like this to be done as soon as possible,” the man said. “This is a big issue for me. It’s been mentally, physically—it’s draining me. I’m down to nothing, pretty much just waiting for this to happen.”

Thursday’s hearing was for Kenan L. Clemons, 18, who pleaded not guilty to the four charges he faces, including attempted first-degree intentional homicide.

The prosecution and the defense agreed to schedule a trial for October, although no specific dates were shared Thursday.

Authorities previously identified Trenton Strommen of Janesville as the man they say Clemons shot after a struggle over a bike the Janesville teen is charged with stealing from Strommen’s garage June 6.

But the man who spoke Thursday was identified only as a victim in the case. It was not immediately clear that the man was Strommen.

Rock County prosecutors have said in the criminal complaint that after the bike was stolen, Strommen chased after Clemons. That’s when the teen said Strommen threw another boy who was with Clemons to the ground.

Clemons then shot Strommen multiple times, according to the complaint.

Strommen had several surgeries after the shooting, a Janesville detective said in the summer.

Judge Karl Hanson responded to the victim’s request by saying, “Justice should move expeditiously.” But he has to weigh the due process rights of Clemons as well as the rights of any victim.

Still, he said he would be “very reluctant” to postpone the trial beyond October “given what has been presented here today.”

He also said this trial will be designated as the priority to go forward when it is scheduled.

“This is going to be circled in red and marked as the No. 1 trial,” he said. “Once those dates are out there, I’m counting on them being firm. And it’s going to be exceptional circumstances under which I would grant a continuance.”

A Janesville teen charged with shooting a man after a reported bike theft and related struggle in June agreed Thursday that he was competent to proceed with court matters.