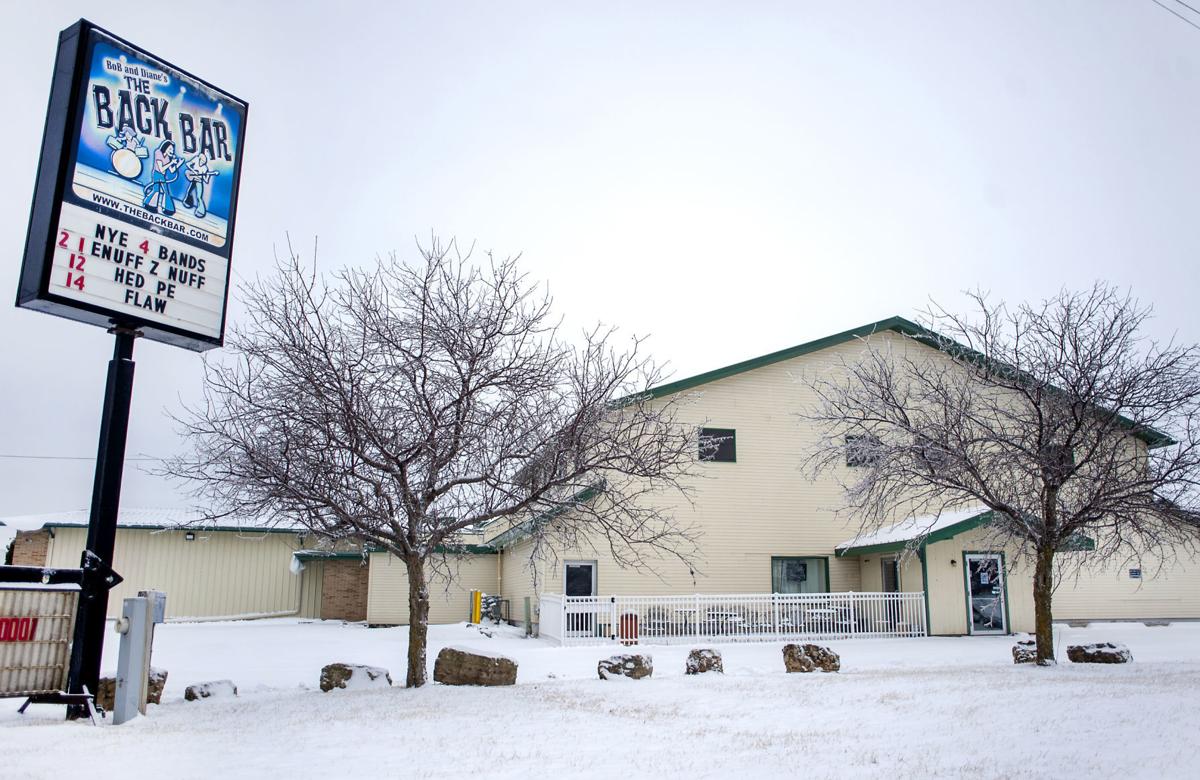 Janesville police and owners of The Back Bar, 1900 Beloit Ave., have come to an agreement on a liquor-license suspension.

The owners of The Back Bar could lose their liquor license over a shots-fired incident last fall.

Police Chief Dave Moore said the incident at the music venue is concerning enough that he is taking the information to the city’s Alcohol License Advisory Committee.

Moore is asking the committee to recommend revocation of the venue’s liquor license or suspension “for a substantial period of time,” according to a statement to the committee by Moore’s attorney.

The committee meets Friday. If it recommends revocation or suspension, the action would go to the city council for a decision.

The Back Bar, 1900 Beloit Ave., was hosting a private birthday party for an out-of-town man Nov. 23. As the party broke up shortly before 2 a.m., someone fired shots out the window of an SUV, Kerman said.

Kerman said he called 911 right away. Moore acknowledged Kerman made the call.

Moore said no injuries were reported and no arrest was made, although the incident remains under investigation.

Robert Kerman said his wife checked the person’s background, so he knew about it, but he didn’t expect any trouble for a semi-private event. Kerman said he could have done more checking, but “I thought it was going to be a simple, harmless night.”

Kerman said he has a good relationship with local police, who help him when he is scheduling events, sometimes even checking the backgrounds of the acts. Moore agreed.

“We had a good working relationship with Mr. Kerman of The Back Bar, and he has sought our assistance and advice,” Moore said.

Kerman said he didn’t ask for police to check the person’s background this time because it was just a birthday party with a DJ. About 100 friends were supposed to show up.

Kerman said it appeared the man fired the shots into the air in celebration with no hostile intent. Moore said police have not determined a motive or determined the shots’ trajectories.

Kerman said he was outside thanking patrons leaving the bar when he heard four “pops” and immediately called 911.

Kerman said the shots were fired from a vehicle on Kellogg Avenue, not in his parking lot, and surveillance video he supplied to police will show that. Moore said the incident happened on Back Bar property.

“I can’t control a crowd on Kellogg Avenue after an event. After everybody’s out, that’s not on me,” Kerman said.

Police arrived after receiving a call at 1:59 a.m. and saw many people yelling “Cops! Cops!” and trying to leave the parking lot, according to Moore’s statement.

Some vehicles jumped the curb, some sped away and one almost hit an arriving squad car, Moore reported.

Kerman said people were afraid and trying to flee while staying away from the place the shots were fired.

“The officers will describe the scene as absolute chaos,” the statement reads.

Officers said Kerman and his staff cooperated but only in a “limited fashion,” and officers smelled marijuana in the premises.

Kerman says he cooperated fully, and he asked a bartender if anyone was smoking, and she said only one cigar, which she confiscated and extinguished because smoking is not allowed.

Perhaps people lit up on their way out, Kerman said.

Video shows that soon after the shots, two men stood in the patio doorways with handguns drawn, Moore’s statement says.

“Each (man) appears to yell and direct other patrons for a brief while. One man re-enters the bar with the handgun still in hand and at his side, whereas the other exits the patio area into the parking lot,” the statement reads.

Carrying firearms in places where alcohol is sold violates state law, according to the statement.

“Given that something as serious as this did happen, it places significant doubt on The Back Bar’s ability to ensure its patrons’ and the community’s safety while hosting future events,” Moore’s statement reads. “A revocation or substantial suspension of The Back Bar’s license is the only appropriate sanction that would not unduly depreciate the seriousness of these violations.”

Moore said he wants to continue his department’s success in keeping gun crime out of the city. Kerman said he supports that effort.

Kerman said the venue is closed in January, which would give time for him and police to work things out. He said he has seven nationally touring acts booked in February, and he would lose tens of thousands of dollars if he had to cancel.

Kerman said The Back Bar was open for about 100 music events last year, plus 160 days during its summer softball games, and police were called only eight times, some of those only walk-throughs.

The Janesville Alcohol License Advisory Committee will consider a police request to take action against The Back Bar when it meets at 1 p.m. Friday in Council Chambers, fourth floor of City Hall, 18 N. Jackson St.

The advisory committee that provides input on liquor licensing in the city of Janesville recommended Friday that The Back Bar's liquor license be suspended.