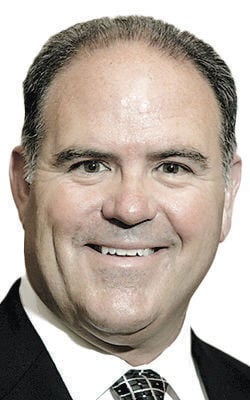 Janesville police this month started training all staff members on recognizing and responding to people with autism, a type of training the police chief said the department hasn’t done for a few years.

The training is a nearly 21-minute video presentation titled “Encountering People with Autism: A First Responders’ Training,” posted online by the Allegheny County Chiefs of Police Association in Pennsylvania.

Moore said he expects everyone on staff to finish the training within 30 days. It takes time to get everyone trained because some staff members are working at every hour of the day.

“When we see important issues like this, we like to train everybody in the department—from the newest hired records clerk up to me,” he said. “And that causes systemic change and systemic understanding.”

Autism is included in the department’s “mental health awareness flag,” which Moore said is a records system that can give officers context and guidance on responding to calls involving certain people who give their permission to be in the system.

It’s important for officers to pick up on cues—perhaps a lack of eye contact or silence—and think that they could be talking with someone who is autistic rather than someone who is just not cooperating, he added.

“We can change our approach accordingly,” he said.

Moore said the last time the staff was trained on this topic was around 2018, but the department has brought on new hires since then.

Additionally, the department has a Rock County social worker who can respond to calls that involve mental health.

Wisteria Gunnink told The Gazette last year about one incident involving a child on the autism spectrum and how she helped develop a plan for the department’s system with help from the child’s family.

A program that allows a Rock County social worker to respond to incidents involving mental health crises along with Janesville police officers will be mostly funded by a grant through 2021.