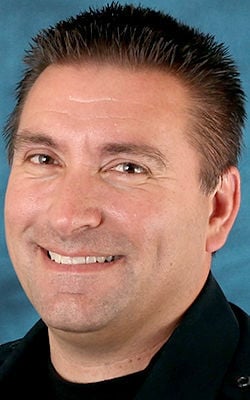 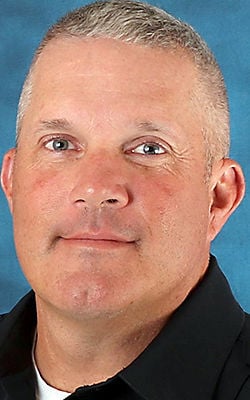 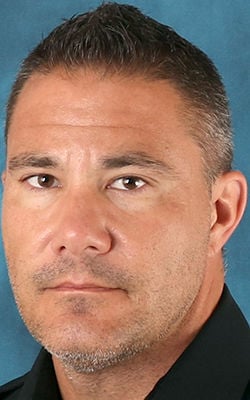 Janesville’s police chief on Monday recognized a sergeant and two officers for how they took a man accused of arson and threatening to kill police into custody without incident last month.

The three letters of commendation were for Sgt. Dean Sukus, officer Bryan Naber and officer Mario Vitaioli in connection with the arrest of Alexander Logue, 29, of Janesville, who was charged Oct. 29 with arson, carrying a concealed weapon and eight counts of possessing Molotov cocktails.

Police on Oct. 26 responded to Ruger Avenue for suspected arson at the home of someone Logue knows, and they learned Logue had threatened to send police officers “to the morgue,” according to the criminal complaint.

Sukus confirmed Logue was scheduled to work at noon and created a plan to watch his home instead of going directly to the front door, according to the letter. Sukus directed Naber and Vitaioli to wait for Logue to leave for work.

That decision to wait “proved essential in keeping officers and citizens in the area safe,” the letter states. They were able to avoid Logue barricading himself in his home while armed.

“Your quick thinking and teamwork with Officers Naber and Vitaioli brought a safe resolution to a potentially dangerous situation,” the letter states.

When officers saw Logue on the street, Naber ordered him to the ground, and Vitaioli came up from behind and tackled him when he originally did not stop, according to those officers’ letters.

Logue had a revolver on him, according to police.

Chief Dave Moore said Monday that older policing styles that were more direct and immediate could have led to more danger for the community and officers.

But he said they patiently took a step back and worked out the safest way to resolve the matter.

“Your performance is deeply appreciated and respected by the police department and the Janesville community,” the letter states. “Your dedicated efforts have a direct relationship to the level of safety in the city of Janesville.”

Janesville man accused of arson, threatening to send police ‘to the morgue’

A Janesville man charged with arson and possessing Molotov cocktails had previously pulled a gun on the man whose home he tried to ignite last month, and he also threatened to send police officers “to the morgue,” according to a criminal complaint