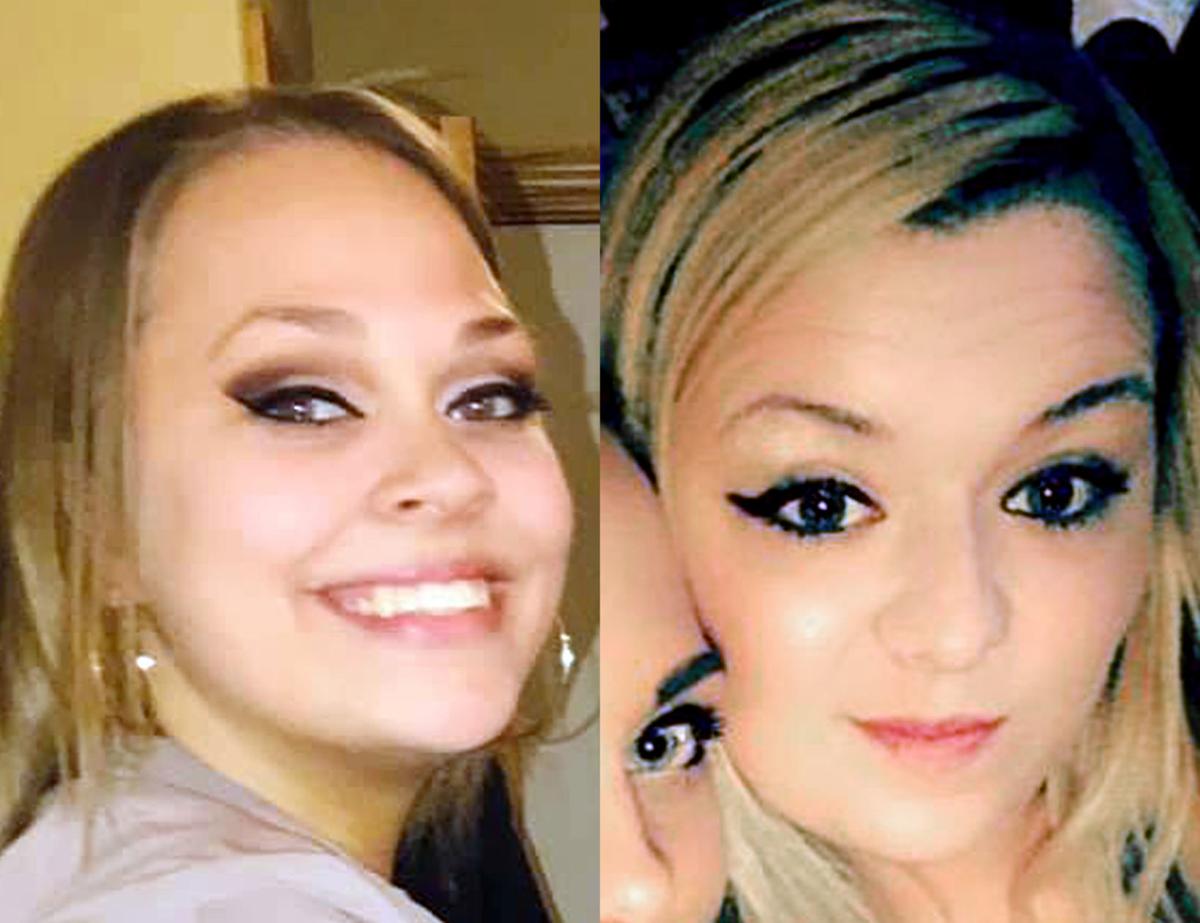 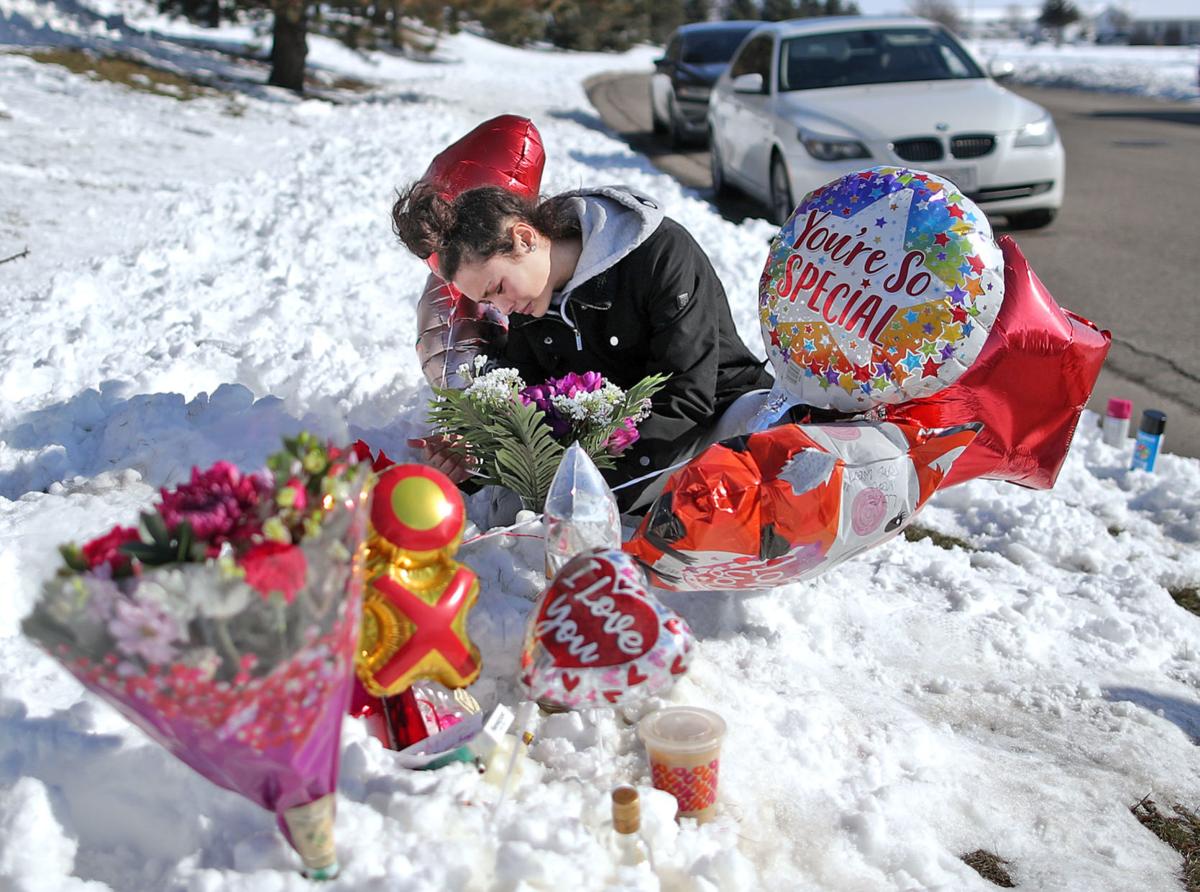 An emotional Kiara Mcadory, 18, secures a vase of flowers in the snow next to a roadside memorial for her cousin Brittany N. Mcadory, 27, and Seairaha J. Winchester, 30, who were shot and killed early Monday on Midvale Drive in Janesville.

Police have a suspect in the double homicide of two young women early Monday morning.

The announcement came two days after a 911 call that led police to find the women, wounded by gunfire, in the 3200 block of Midvale Drive on Janesville’s east side.

Lt. Charles Aagaard of the police detectives unit would not identify the suspect and would not give his or her gender or age.

The suspect was not in custody, Aagaard said Wednesday evening.

Police believe the killings were not a random act, which eases concern about a threat to public safety, Aagaard said.

Aagaard said police have gathered enough evidence to focus on one person as the suspect but not enough to issue an arrest warrant.

In a news release, police characterized the investigation as still in its early stages.

Aagaard said police are trying to discover where the suspect is, and law enforcement agencies in the region have been asked to help in that effort.

Aagaard said there’s still not enough evidence to be able to say for certain what the motive was.

Aagaard said he could not name the suspect because investigators must be sure they have collected all the evidence needed to ensure they don’t name the wrong person.

No suspect yet in double homicide, Janesville police say

A Jeep SUV belonging to one of the women was found at 4:30 a.m. along Interstate 90 in Hoffman Estates, Illinois.

Police said earlier that the two women were in the Jeep at the TA Express Travel Center at 3222 Humes Road at 2 a.m. Monday and stayed 10 to 15 minutes.

The truck stop/convenience store is just around the corner from the scene of the shootings.

Police said Tuesday they were working to find out where the women were for the hour between leaving the TA Express and being shot.

Police said in the news release that officers have interviewed numerous witnesses, reviewed video footage and collected other evidence in the ongoing investigation.

McAdory and Winchester were friends, and both were mothers. More than 100 people turned out for a vigil at the crime scene Tuesday night.

McAdory had recently moved to Joliet, Illinois, and had plans to go back to school and become a nurse, loved ones said.

Janesville police are focusing on a suspect in the shooting deaths of two women Monday, but they still haven't named the person publicly.