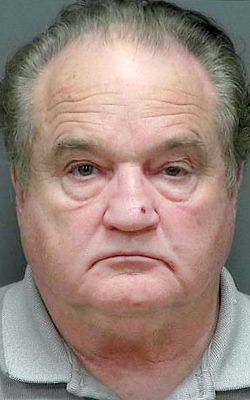 A teenage girl told a Rock County judge she doesn’t feel like justice was served against the 71-year-old Janesville man she knows who secretly put a camera in her bedroom and in that of her mother.

She called the punishment for Jack D. Fleming, “insulting,” adding that “the justice system failed me.”

“I went through a tremendous amount of stress that not only took a toll on my mental health but my physical health as well,” she said. “It’s crazy how our bodies react to stress. For me, my hair started falling out, and I developed two herniated discs in my spine, which hurt 24/7.”

But Assistant District Attorney Richard Sullivan said Fleming, a Vietnam War veteran who has been a plumber for about 50 years, was an extremely low risk to reoffend.

Despite being older than most other defendants who appear in court on criminal cases, Fleming’s criminal record before this incident was nonexistent. Officials were appreciative of his level of remorse, too.

Fleming needed punishment for his actions, which the prosecutor said he got. There’s prison time hanging over his head if he fails during probation. But punishment isn’t the only factor that goes into these decisions.

Fleming on Tuesday reached an agreement with the district attorney’s office to plead no contest to three misdemeanors—two counts of disorderly conduct as acts of domestic abuse and one count of invading privacy by using a surveillance device.

Fleming also pleaded guilty to a single felony count of invading privacy of someone younger than 18, but that conviction will be held open if he is able to successfully complete three years of probation, a term that includes 120 days of jail with work-release privileges.

Judge John Wood also ordered Fleming to complete sex offender treatment, which was part of the plea agreement. Sullivan added that there is no sex offender registration available under the charges in this case.

On March 9, the girl and her mother showed police two iPhone charging docks that had cameras in them, according to the criminal complaint. Fleming had bought new iPhones in September 2019, and the charging docks came the next month.

Fleming put one of the docks on the girl’s bedroom desk, where it could capture video of her dressing and undressing, the complaint states.

Wood said holding open the felony charge, which is an incentive for Fleming to behave, is striking a “delicate balance between punishment and rehabilitation.”

“I’ve sentenced a number of people over the years that I’ve been the judge on … sex-offense-related charges, and I think this is a proportionate sentence based upon all the facts and circumstances that I’m aware of here,” he said.

Sullivan said he believes in the scientifically tested risk assessments they use. Even if they can’t predict with 100% certainty, they’re reliable, he said.

“She (the evaluator) gave the defendant one of the lowest scores I’ve ever seen,” he said of Fleming, adding that simply being caught is often a sufficient deterrent for such low-risk offenders, especially in sex crimes.

None of this is to take away from the pain and suffering the girl and her mother have been through, the judge and the prosecutor emphasized.

Nonetheless, the girl and her mother expressed frustration that their claims weren’t adequately or completely investigated.

Responding later, Sullivan said: “Certainly, if there is more criminal activity that needs to be investigated, we certainly will do that if we know about that.”

The mother’s statement, which someone else read in court, said she is both “depressed and under constant stress.”

“My daughter hasn’t kissed a boy, yet, but was already exploited by a pervert,” she wrote.

The girl, who said she didn’t want to take the case to trial because she’s exhausted and couldn’t risk him being found not guilty, said it would not be fair to call what Fleming did a “mistake or an accident.”

“A ‘mistake’ is forgetting your wallet at home. A ‘mistake’ is putting your shirt inside out,” the girl said. “You know what’s not a ‘mistake?’ Buying a camera disguised as a phone charger, setting it up in a teenage girl’s bedroom and then watching her God knows how many times, both dressed and undressed.”

Fleming said Tuesday he was “very, very sorry” for his actions.

“If I could, I would take it all back. But I can’t,” he said, appearing via video from his lawyer’s office. “I want to help them in any way I can.”

One avenue to provide help could come in the form of restitution for some of the girl’s and her mother’s ongoing counseling needs. How much Fleming should pay will be determined at a hearing in about three months.

“It breaks my heart to hear them say that they’ve gone through all this,” he said. “I can tell you it hurts me deeply that I’ve hurt them in this way. I’m so sorry for my behavior, and I can assure you this is never going to happen again to anybody else.”