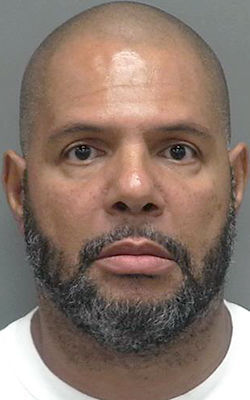 A Janesville man who pleaded guilty Tuesday to raping a girl he knows is expected to serve time in prison because of how his Rock County case interacts with a federal court matter.

Quince D. Wright, 55, of 3205 Vold Court, No. 8, pleaded guilty to a reduced charge of third-degree sexual assault as part of a plea agreement.

Judge Barbara McCrory on Tuesday adopted the agreement, which also called for Wright to serve five years of probation and one year in the Rock County Jail. He also must register as a sex offender for 15 years.

Wright has been in custody for slightly less than one year already. During his upcoming year in jail, he will be allowed to participate in RECAP, known as the Rock County Education and Criminal Addictions Program, and leave the jail for medical purposes.

McCrory said she felt comfortable moving forward with the agreement that didn’t call for a prison term ordered by her, at least in part, because Wright likely will serve at least three years and perhaps more in federal prison because of this incident.

Assistant District Attorney Rich Sullivan said Wright was in federal prison from 2004 until 2018 for delivering a large amount of methamphetamine. The local rape case was a violation of his parole.

While there were logistics to work out to craft a sentence, Tuesday’s hearing still got into the lasting emotional trauma from the rape case.

The criminal complaint says Wright gave the girl he raped money like she was a prostitute, something that made her mad.

“The only thing I would like to say is that, Judge, I’m begging you. Please, impose the harshest consequences that you can for this piece of s---,” the girl’s mother said during the hearing. “That’s all I want. That’s it.”

Sullivan said Wright groomed the girl, and the effects of the assaults are lasting.

“This is a tragedy for them,” he said of the girl and her family.

One positive note, Sullivan said, was that Wright pleaded guilty and avoided forcing the girl to endure the additional trauma of testifying during a trial.

Defense attorney Frank Raff said the sex-offender registry is a punishment itself because it changes the options Wright has after his sentence, such as where he can live or work.

Raff also said his sentence, crafted with consideration of the likely federal prison term, is more than the maximum sentence possible on the sexual assault charge alone.

McCrory said the assault will be part of the girl’s history forever, but she hopes the girl is a survivor and not a victim.

“I want to apologize for my behavior. I made a mistake and a terrible decision, and I hope that I can find forgiveness (with) the family,” he said. “And I hope to just proceed in a positive manner going forward.”

A Janesville man was charged Friday with raping a girl he knows and at times giving her money like she was a prostitute, something the girl said made her mad, according to a criminal complaint.