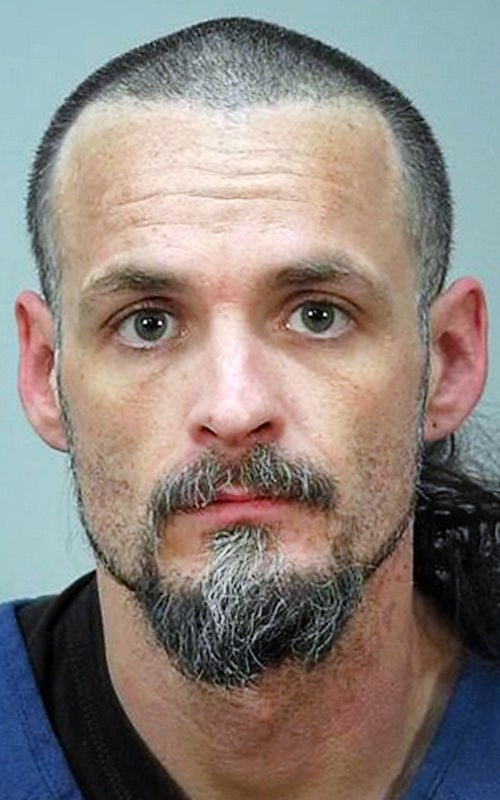 Dane and Rock county law enforcement agencies on Thursday announced the arrest of a Footville man accused of a wide-ranging burglary spree.

Raymond M. Sanchez III, 37, was arrested on multiple charges of burglary after an extensive investigation resulted in the recovery of thousands of dollars in stolen property, according to a Dane County Sheriff’s Office news release.

An investigation linked Sanchez to 21 burglaries of construction sites, UW-Madison fraternity houses, retail businesses and storage lockers, and detectives are expecting to find more links, according to the release.

Sanchez was taken into custody after a short pursuit April 6 after he crashed a stolen vehicle he was driving, according to the release.

Moments before the crash, Sanchez had driven through a locked garage door in a burglary attempt at a Gander Outdoors location near DeForest, according to the release.

Detectives later recovered numerous stolen items and other evidence at Sanchez’s Footville residence linking him to multiple burglaries, according to the release.

The Dane and Rock county sheriff’s offices and police from UW-Madison, Sun Prairie, Madison, Fitchburg, the state Capitol, Janesville and Albany formed a task force that connected Sanchez to burglaries around southern Wisconsin, according to the release.

More stolen items were discovered in the town of Sun Prairie and at a residence of an associate of Sanchez in Tooele, Utah, the release states.

Sanchez stood mute to charges May 11 in Dane County Court, and a not-guilty plea was entered on his behalf, online court records indicate. He was held on a $3,000 bond.

An arraignment is set for May 28.

Anyone with information about this case is asked to call the Dane County tip line, 608-284-6900. Or, submit a tip online at danesheriff.com/CrimeTips/Other.