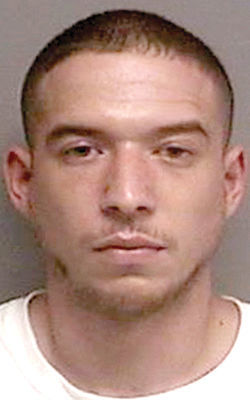 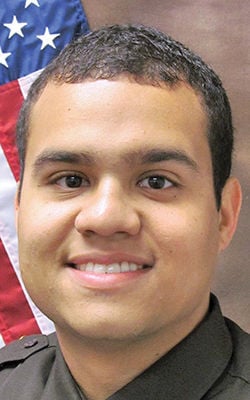 The man accused of driving a getaway car was charged Wednesday with recklessly causing the death of a passenger shot by a Walworth County sheriff’s deputy.

Jose G. Lara, 32, of Milwaukee is charged with second-degree reckless homicide in the death of Christopher J. Davis, 21, also of Milwaukee, according to a criminal complaint filed Wednesday.

Deputy Juan Ortiz fired two shots into the car as it sped toward him Feb. 24, 2016, in the parking lot of Roma’s Ristorante and Lounge in East Troy, according to a letter written by then-District Attorney Dan Necci, who said the shooting was justified.

One of Ortiz’s bullets hit Davis in the head.

Police were on the scene for a drug investigation, where an informant was supposed to buy cocaine in the village of East Troy, according to the complaint.

A man who was in the car with Lara and Davis told police Lara drove off because he had a “weird feeling,” according to the complaint. Officers approached the car, and Lara started to drive away as officers ordered him to stop.

Ortiz entered the parking lot and reported seeing another officer with his weapon drawn, according to Necci’s July 2016 written decision.

Lara drove the car toward Ortiz, who said he fired two shots as he got out of the way, according to the decision. Ortiz said he had heard the car’s tires squeal and engine rev, and he thought his life was in danger.

After hearing the gunshots, the third man in the car said he saw one bullet come through the windshield and hit Davis, according to the complaint.

Lara later told investigators he was not trying to run over Ortiz, but he could see how Ortiz would have believed that, Necci wrote.

After Lara left the parking lot, he accelerated to speeds exceeding 100 mph, according to the complaint. Police pursued the car into Muskego, where Lara and the man fled on foot before being caught by police.

Davis was found in the car but died an hour later at Froedtert Hospital in Wauwatosa, according to the state Division of Criminal Investigation report.

The third man told police Davis was an “innocent person,” according to the complaint. The man said he saw a lot of blood on Davis’ head before dumping water on it.

According to state statutes, someone is guilty of second-degree reckless homicide if he “recklessly causes the death of another human being.”

Case law from a 1970s state Supreme Court case argues someone who commits a crime is also responsible for other crimes that come “as a natural and probable consequence of the intended criminal acts.”

Ortiz is now a detective for the sheriff’s office.

Lara’s attorney could not be immediately reached for comment Wednesday afternoon.

Assistant District Attorney Haley Johnson—when asked why the homicide charge came nearly two years after the incident—said in an email she could not provide any more information.

Lara already faces charges in the incident. On July 11, 2016, he pleaded not guilty to felony counts of conspiracy to deliver cocaine and attempting to flee a traffic officer.

Lara is scheduled for a final pretrial hearing at 2:30 p.m. Thursday on his drug and eluding officer charges. Online court records say that is also scheduled as his initial appearance on the homicide charge.

It was not immediately clear how the new charge will affect Lara’s jury trial scheduled to start Monday, Feb. 19.

The case against an alleged getaway driver charged with recklessly causing the death of a passenger, who was shot by a Walworth County sheriff’s deputy in 2016, will move forward with the new homicide charge, a Walworth County Court official ruled Friday.