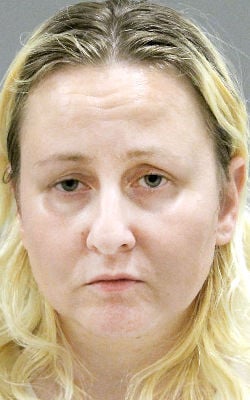 A former tennis standout from Belarus who came to the United States to pursue collegiate tennis has pleaded guilty to a 2018 armed robbery of opioids, court records show.

Yuliya Kuznets, 39, of Rockford, Illinois, pleaded guilty Sept. 30 to a single count of party to armed robbery of a Walgreens pharmacy on Milton Avenue in Janesville on June 26, 2018, according to online court records.

She pleaded guilty at her initial appearance in Rock County Court after court matters took place in Illinois, where she and James B. Akerman, 52, also of Rockford, were accused of robbing a Walgreens in Hoffman Estates and a Van Galder bus depot in Rockford.

Rock County Judge John Wood agreed to sentence Kuznets to seven years and six months of prison followed by eight years of extended supervision, but this sentence will run concurrently with a sentence she is serving in Illinois, court records show.

The length of the Illinois sentence was not immediately clear. She has more than two years of sentence credit.

Kuznets appeared for her hearing via video from the Logan Correctional Center in Lincoln, Illinois.

Kuznets told Janesville police that she was given medication for pain from her tennis-playing days. She was the No. 10 tennis player in Belarus, and she went on to play for Lewis University in Illinois in 2003-04, when the school’s website says she was ranked No. 28 nationally.

“She said the doctor kept prescribing the pills to her and eventually increased the number of pills, as she was acquiring a tolerance for them,” the complaint states.

A woman who immigrated to the United States to play tennis ended up with a gun in her hand at a Janesville drugstore last June.