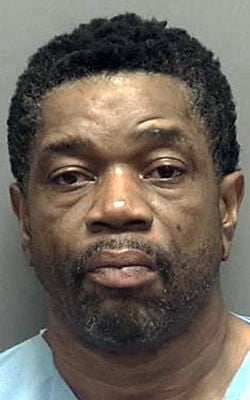 A former Janesville man pleaded guilty Wednesday to some of the charges he faced after the 2018 shooting of his live-in girlfriend and two others that to this day he said he struggles to remember.

Two other charges were dismissed and read into the record.

Rock County Judge Barbara McCrory accepted his pleas, which came as part of an agreement.

McNeal was charged after shootings at his home and a nearby home on April 3, 2018, when he shot his girlfriend, Laurie Ruosch, six to 10 times and seriously injured Laurie’s daughter, Brenda Ruosch, and Laurie’s brother, Steven Ruosch.

The issue of competency came up repeatedly during McNeal’s case, and he was ultimately deemed competent in February.

McNeal said medication he is taking is helping him understand matters “a lot better than before.”

“It’s very vague. I don’t remember what happened at the time,” McNeal said of the shooting. “I can’t even imagine me being in that situation or having done that. To this day, if I read something about it, I try to remember it or put things in place, but it’s like it’s some dream or something.”

One of the victim’s declined to speak Wednesday, and another asked if they could speak during the sentencing hearing, which McCrory said they could.

McNeal is scheduled for sentencing at 10:30 a.m. Oct. 29. Both sides will be able to argue about a sentence length, and McNeal’s bond conditions will stay in place until that hearing.

A 57-year-old Janesville man suspected of shooting one woman and inflicting serious head injuries Tuesday on two others is in custody at the Rock County Jail.