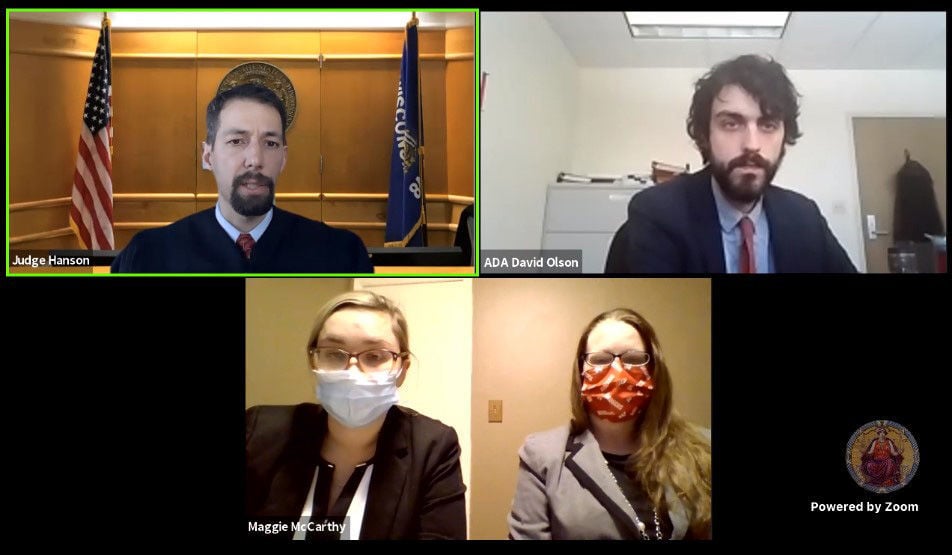 Sarah M. Splitter, bottom right, appears for a plea and sentencing hearing over video in Rock County Court on Friday. 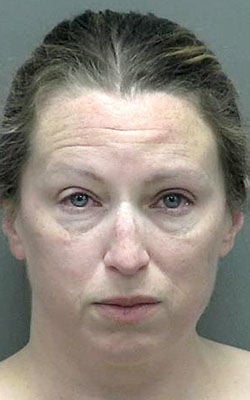 If an Edgerton nurse successfully completes one year of probation, she could have a felony charge dismissed in a case in which she was charged with stealing pain medication from a resident with cancer at Swifthaven Community.

Rock County Judge Karl Hanson followed the plea agreement Friday for Sarah M. Splitter, 43, of 509 N. Saint Josephs Circle, which called for her to plead no contest to misdemeanor theft.

She also pleaded guilty to felony obtaining an illegal substance by fraud, but Hanson did not convict her on that charge. The hold-open agreement means she may come back to court after her probation term for Hanson to dismiss the charge.

Splitter pleaded guilty to falsely documenting return orders of hydrocodone to Rockmed Pharmacy in Edgerton. In one case, the pharmacy reported 180 tablets were delivered Sept. 28, but it looked like 120 tablets were missing.

Splitter sent four medication refill requests for the resident with cancer, but there were no requests to return any of that medication as Splitter had claimed, according to the criminal complaint.

Police spoke with the resident, who said she was prescribed hydrocodone as needed for pain, the complaint states. She said she did not take that medication as often as she previously had and only needed a tablet or so every few days.

Hanson credited Splitter, who doesn’t have a criminal history outside this case, for taking the initiative to seek treatment for her addiction.

Defense attorney Maggie McCarthy said her client had a stroke in 2007 and later had a valid prescription for medication to treat conditions that emerged because of that stroke.

Splitter declined to speak when given the chance Friday.

Hanson said he can see how this matter played out: valid prescription, addiction issue, temptation and then the act.

“Unfortunately, this is not the first time that I’ve had a case like this come through the court,” he said. “I regret to think that it’s probably not the last.”

An Edgerton woman has been charged with stealing pain medication from a resident with cancer at Swifthaven Community, a retirement home where the woman was a registered nurse.