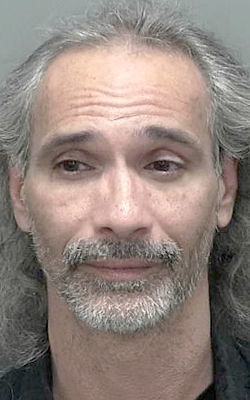 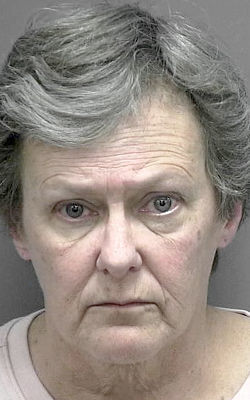 A program that allows Rock County Jail inmates to train dogs became a way to smuggle drugs into the jail earlier this month, according to a criminal complaint filed in Rock County Court.

Officials became aware of the drugs Dec. 9 when some inmates in E-unit were found to be high on buprenorphine, also known as Suboxone, the complaint indicates.

A sheriff’s deputy traced the drugs to an inmate who had called his mother, asking her to drop an item in a cigarette package near the jail.

The mother, Pamela J. Vinson, 55, of 1135 Hoover St., Janesville, admitted she dropped 10 Suboxone pills wrapped in tobacco near the bike rack outside the jail, according to the complaint.

Vinson is charged with delivery of Schedule 3 non-narcotics.

Olivas was in the jail’s Rock County Education and Criminal Addiction Program, known as RECAP. RECAP inmates go through educational programming and community service projects that can earn them early release.

One of the RECAP initiatives allows inmates to train dogs in obedience and social skills so people can adopt the dogs through the Humane Society of Southern Wisconsin.

Olivas was the RECAP dog handler, and he admitted he picked up the tobacco and pills while walking a dog and hid the drugs in a body orifice to bring them into the jail, according to the complaint.

Olivas is charged with delivery of illegal items to an inmate.

Sgt. Jay Williams said RECAP inmates and others housed in the work-release unit, known as the Huber dorm, who leave and return to the jail regularly are a source of contraband. Inmates can’t be strip searched unless officers have reason to believe they are smuggling something.

Williams expects no changes in RECAP procedures as a result of the incident.

“There isn’t anything to change. It’s just one of those things. People who want to bring things into the jail will find a way to do it, and it’s going to happen no matter what,” he said.

Williams removed a number of inmates from the RECAP program as a result of the incident.

Probation agents will determine the future of those who were in RECAP as an alternative to revocation of their probation, and those who were sentenced to RECAP will instead finish their full sentences in the regular population, Williams said.

Williams said 17 dogs have been adopted in the five years of the program’s existence, and the dogs’ presence in the jail’s Huber dorm has a great calming effect on inmates.