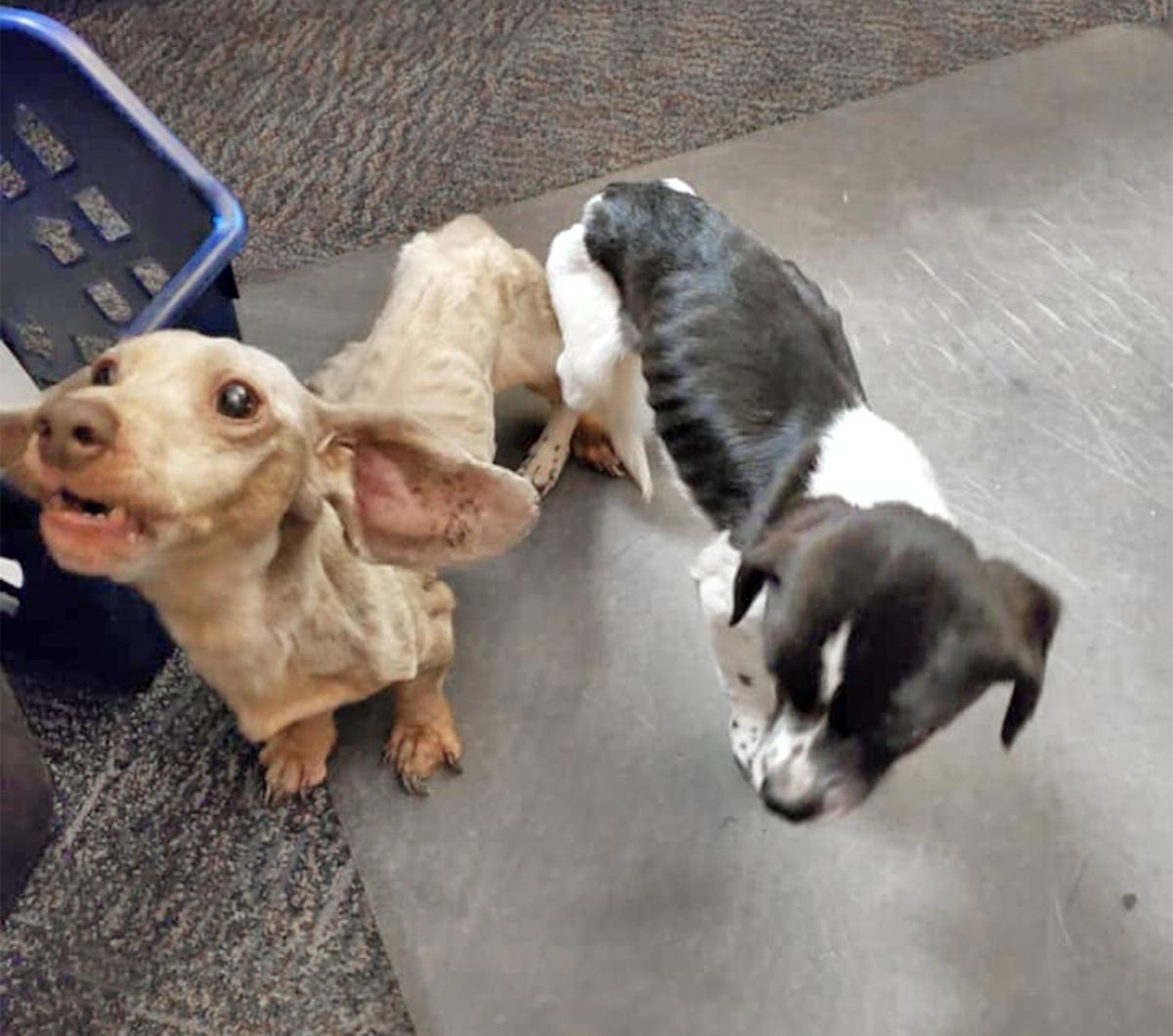 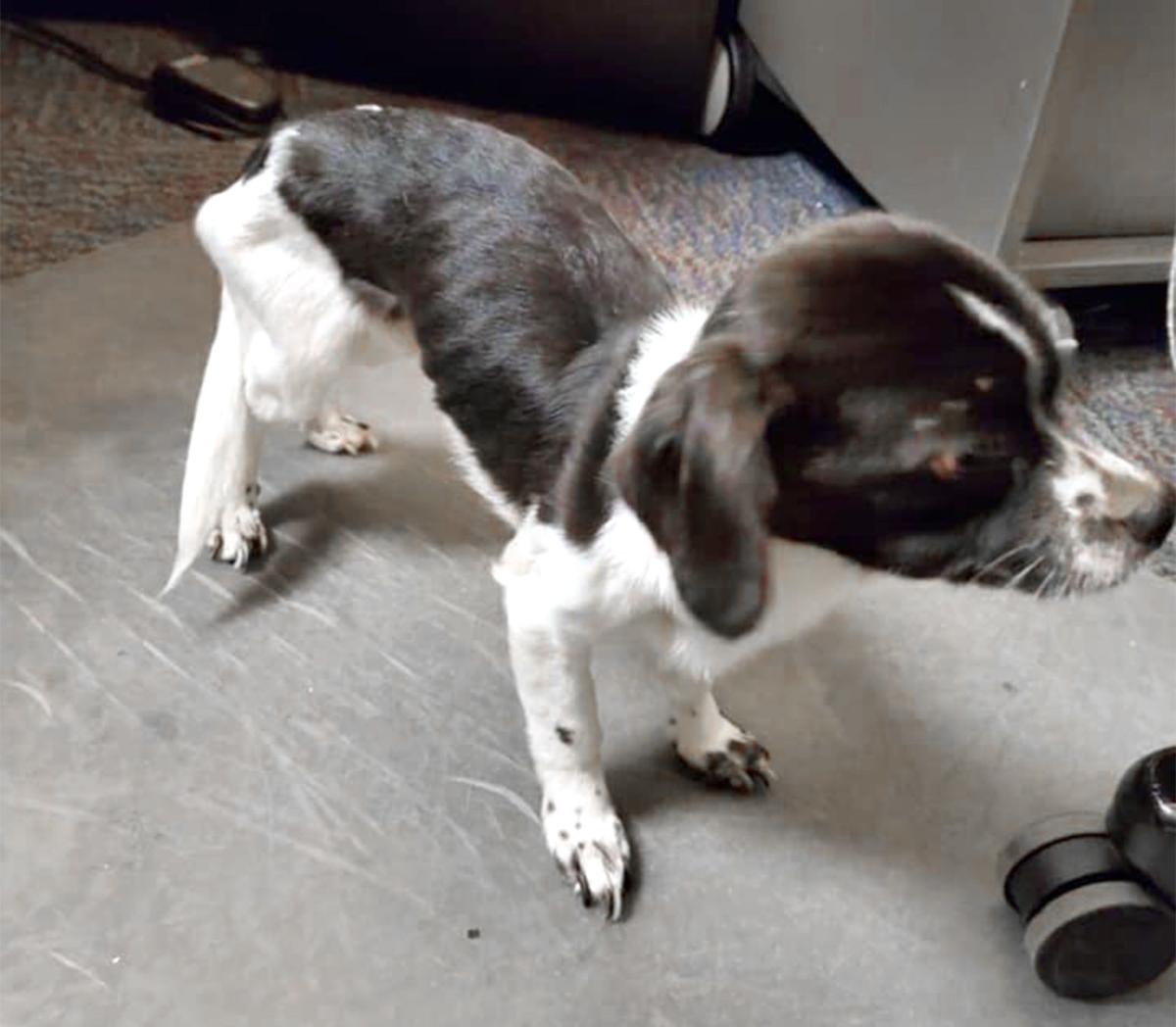 One of two emaciated dogs found at the Delavan Walmart on Thursday and Friday is shown in this Delavan police photo. 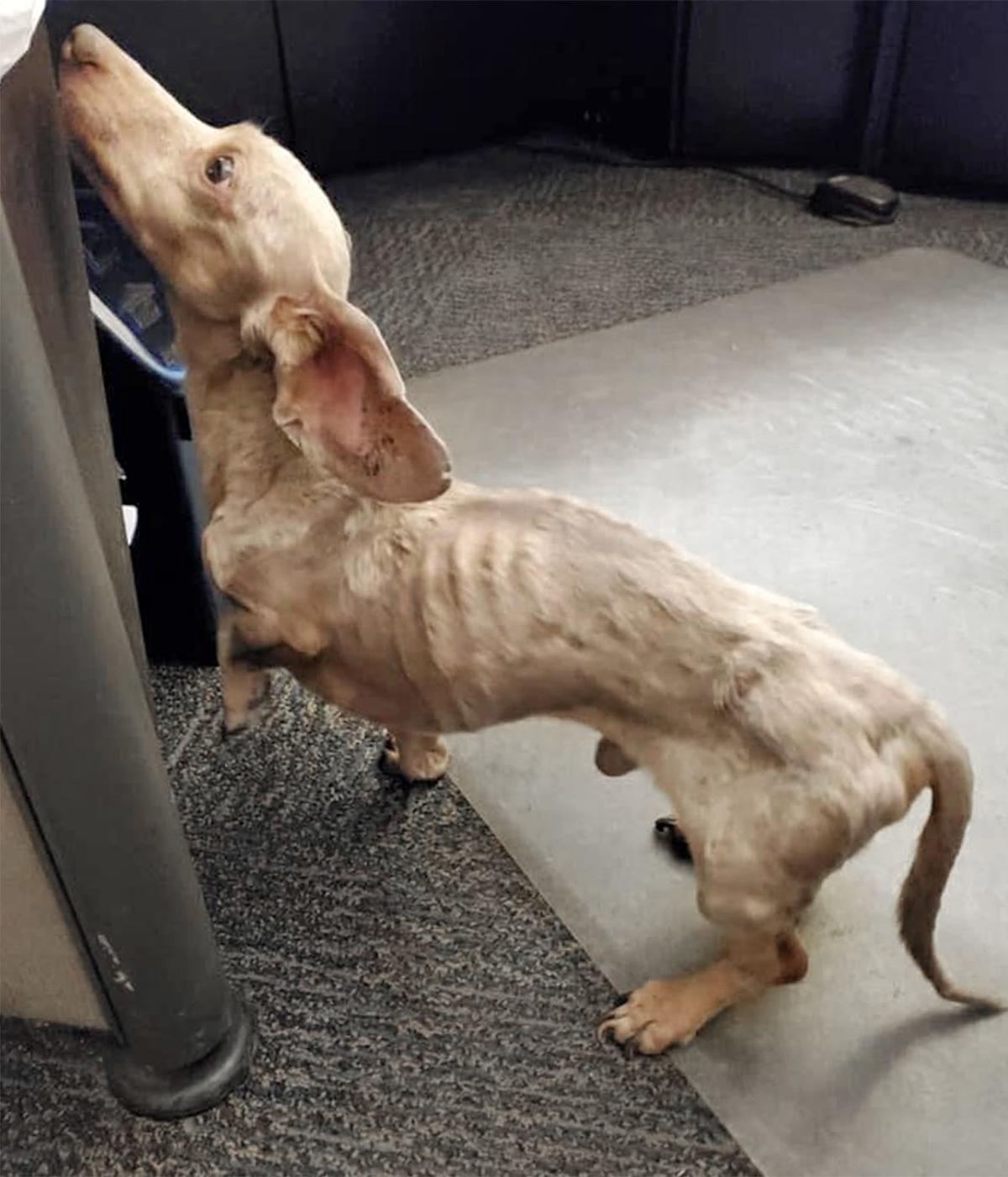 This dachshund mix was one of two dogs found abandoned in the parking lot of the Delavan Walmart.

One of two emaciated dogs found at the Delavan Walmart on Thursday and Friday is shown in this Delavan police photo.

This dachshund mix was one of two dogs found abandoned in the parking lot of the Delavan Walmart.

Two apparently starving dogs were found in the parking lot of the Delavan Walmart on Thursday night and Friday morning, the latest examples in a bad year for animal neglect cases, an animal shelter official said.

Police brought the dogs to Lakeland Animal Shelter, which found them in such bad shape that they were taken to a veterinary clinic where they could be monitored over the weekend, said the shelter’s director, Kristen Perry.

Perry said the male dogs appeared to have used up all of their fat and muscle reserves and were very weak.

“I’m sure having to wander around in the cold and dark and try to find someone to take care of them was not easy on their systems. They were pretty exhausted,” Perry said.

Delavan police were not available for comment, but they stated on their Facebook page that the owner faces charges related to maltreatment and abandonment of animals.

Police later announced they had identified a “person of interest” in the case.

The dogs had been in a man’s home until Thursday, Perry said. Then another person who knows the owner took the dogs and dropped them off near the Walmart.

That’s not what someone should do in such cases. Anyone finding an animal in distress should bring it to a shelter or to a veterinarian, Perry said.

The dogs had to be fed in very small portions. They seemed to enjoy the warmth and other comforts of the shelter and human contact.

One is a dachshund mix, the other a Japanese chin. Their names are Blackberry and Dexter, Perry said. She wasn’t sure which was which.

The shelter receives about 1,000 dogs and 3,000 cats from Walworth County per year, Perry said, and abandoned and neglected animals are common.

“It’s been a particularly bad year,” Perry said, but she didn’t know why.

Over the past month, the shelter has received two other dogs in horrible condition, Perry said.

One, a boxer who was renamed Flynn by a family that is adopting him, had ingested a hard rubber object more than two years earlier and was never treated. That led to a perforated, infected bowel.

“That’s the textbook definition of neglect—not caring for an obvious need,” Perry said.

The full-grown boxer weighed less than 25 pounds and needed hourslong surgery to repair his bowel.

Flynn died at least once on the table but was brought back, Perry said.

A neighbor of Flynn’s had noticed the situation and offered to take the dog to a vet, but the offer went nowhere, Perry said.

The owner eventually gave the dog to the neighbor, who called police, who called the shelter, she said.

Days after Flynn was brought in, the shelter received a Pomeranian mix named Buzz.

Someone backing a vehicle out of a driveway saw Buzz in her rear-view mirror and brought the dog to the shelter.

Perry said the dog had matted hair, nails growing into its toe pads, causing infection, and more fleas than she had ever seen on an animal.

A veterinarian later discovered Buzz had an infected, broken jaw, apparently from some kind of trauma.

Part of the jaw had disintegrated, but the vet was able to wire the front and back of the jawbone together, and Buzz now can eat on his own.

“If you see something happening with animals, don’t just turn the other way. Report it,” Perry said. “We encourage the person to get them to a shelter or a vet.”

And don’t give up until something is done, she added.

The dogs found abandoned at the Delavan Walmart won’t be healthy enough for adoption for months, but those interested in adopting them or other dogs can apply using the Lakeland Animal Shelter’s website, lakelandanimalshelter.org. Financial support for the nonprofit is also welcome.