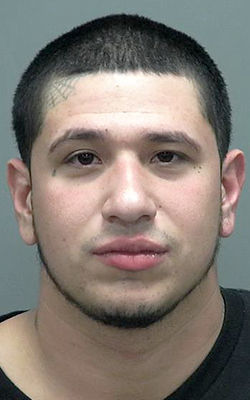 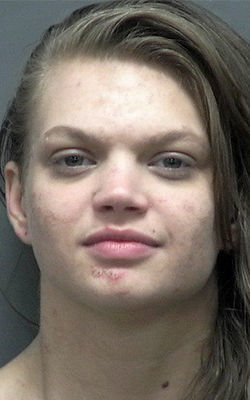 The defense in a 2017 murder case is suggesting the man accused did not stab the victim to death.

Julian D. Collazo, 22, is charged with first-degree intentional homicide in the Dec. 9, 2017, stabbing death of Christine Scaccia-Lubeck, 43, at her Janesville home.

But defense attorney Jeffrey W. Jensen filed a motion this week, asking Rock County Judge Barbara McCrory to allow evidence at trial that a third person was at the house at 426 S. River St. and stabbed Scaccia-Lubeck.

Nicole R. Kazar, 25, has been convicted of helping Collazo steal Scaccia-Lubeck’s car after the stabbing, but she didn’t know about the stabbing until later, according to the criminal complaint.

Jensen’s motion describes a jailhouse conversation between Kazar and another inmate. Kazar allegedly told the other inmate that she was “getting away with murder,” according to the motion.

Kazar allegedly told the inmate that she was in “the house” with “Jr.” and that “Jr.” began hugging and kissing the woman, and Kazar asked why he had brought her into the house.

The other woman began defending “Jr.,” Kazar continued. So she “snapped and picked up a knife and ran after the woman and started to stab her,” according to Jensen’s motion.

Jensen states that “Jr.” is Collazo and “the house” is Scaccia-Lubeck’s house.

The motion states that the other inmate wrote a letter to Janesville police, describing Kazar’s statements, but when police questioned Kazar, she said she had “numerous issues” with the other inmate and denied making the statements.

A Janesville detective testified at a preliminary hearing last year that Collazo admitted to a fellow inmate that he stabbed Scaccia-Lubeck.

Kazar was released from jail this week after serving an 18-month sentence for driving a vehicle without owner consent. She remains on extended supervision.

The Rock County District Attorney’s Office has until July 12 to respond to the motion.

Correction: This article was updated Aug. 2 with the correct spelling of Jeffrey W. Jensen's name.

Murder victim had invited man into her home as a friend, court documents say

A Rock County judge said Friday she wants to hear from a potential witness who suggests someone other than the accused man stabbed a Janesville woman to death in 2017.