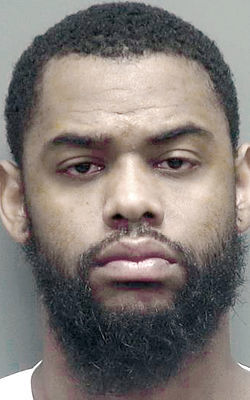 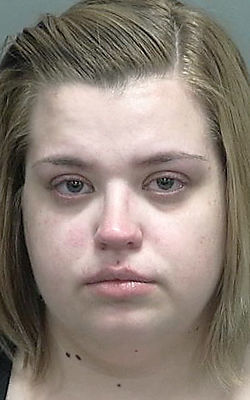 Lawyers for a Beloit man accused of causing the death of his infant son in 2017 appear to be considering pointing the finger of blame at the mother.

Lawyers for Deanthony C. Hodges filed a motion asking for a judge to review the psychiatric records of the mother, Jessica A. Nelson.

Hodges, 33, of 705 Euclid Ave. upper unit, Beloit, was charged with first-degree reckless homicide in the death of the couple’s infant son March 20, 2017.

Nelson, 32, now of Kenosha, was charged with child neglect causing death. Their cases are separate.

Judge Barbara McCrory denied the motion Tuesday in Rock County Court, but she said she might allow the motion if more facts come to light.

Defense attorney Ashley Morse said she would refile the motion with supporting information.

The criminal complaint says Hodges was looking after the child when Nelson went to work that morning, and Hodges later noticed the baby was not breathing.

Hodges said the baby had been crying abnormally in the days leading up to the death, and Hodges thought it was a stomach problem, and he gave the baby an over-the-counter remedy, Gripe Water, according to the motion.

At about 1 p.m. that day, Hodges tried to feed the baby and said he appeared not to be breathing, according to the motion.

At Beloit Memorial Hospital, a CT scan showed a skull fracture with old blood and new bleeding under his skull, the motion states.

Nelson had been prescribed an antidepressant known as Viibryd for anxiety, the motion states, and, citing Facebook messages between the couple, Nelson “is prone to mood swings and ‘flipping out,’ and she did not take her medication consistently.”

“Whether these injuries could have occurred before March 20 and if they could have occurred while (the baby) was supervised by JN (Nelson), are material to the defendant’s case,” the motion states. “... Understanding whether Ms. Nelson posed a risk to (the baby) at some point before March 20, 2017, is necessary evidence for a fair determination of guilt or innocence.”

In court Tuesday, Morse said Nelson would likely testify against Hodges and that the defense had to do its best to be prepared to cross-examine her.

Assistant District Attorney Rich Sullivan said the defense was throwing its ideas at a wall and hoping some of them might stick. He said mental-health records are protected by laws for a reason, and the defense had not presented sufficient reason to have them opened.

Sullivan said the facts show Hodges was watching the boy and that the symptoms noted at the hospital occurred within 30 minutes of the injury.

Morse said those facts are the prosecution’s theory of what happened and had not been found to be facts in court.