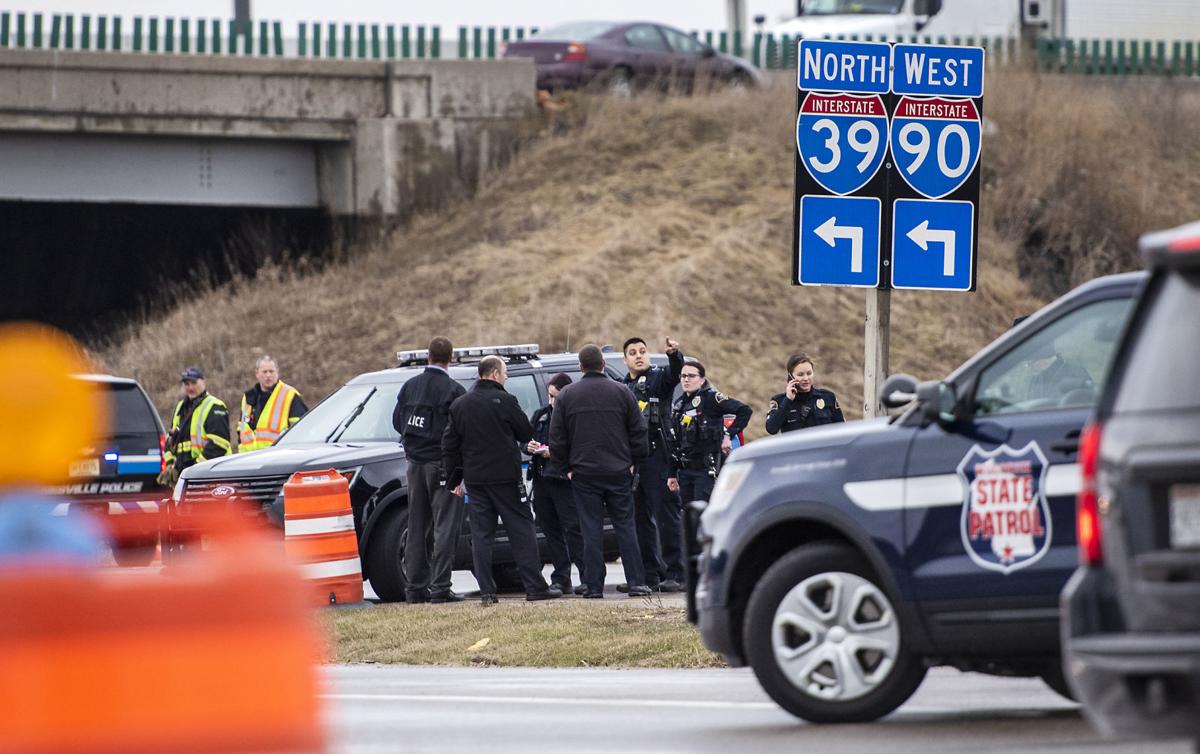 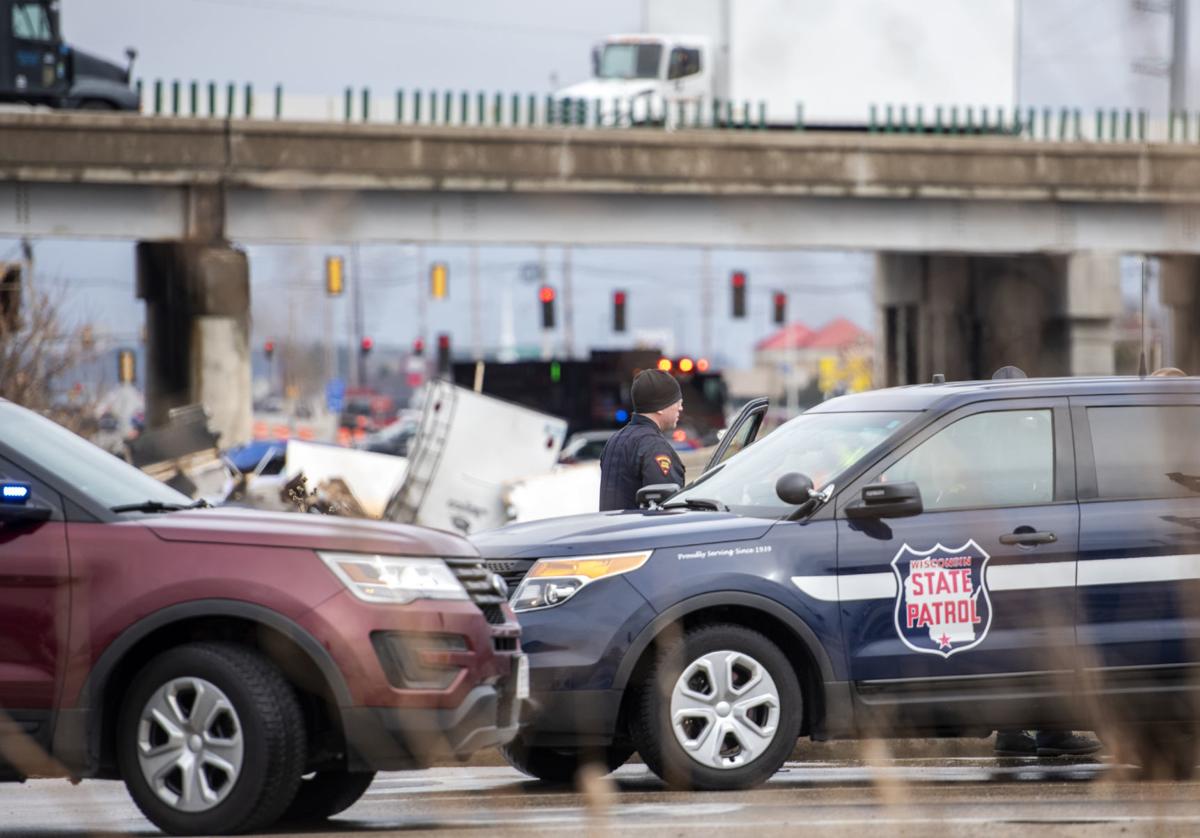 Rock County District Attorney David O’Leary announced his opinion Monday that the shooting of a man near Interstate 90/39 in Janesville on March 26 was justified.

Christian A. Cargill, 27, of Owasso, Oklahoma, struggled with officers after they were called to the scene of a crash involving a pickup truck hauling a camper on Interstate 90/39, according to a news release from O’Leary’s office.

The southbound truck went off the side of the Interstate, down a steep embankment and hit a power pole near Highway 14, according to the release.

A “citizen” who reported the crash said the driver was out of the truck and holding a large knife to his own throat, according to the release.

After numerous attempts to disarm him, Cargill approached officers while holding the knife, and officer Lyle Hollingshead shot him, O’Leary said, based on an investigation by the state Division of Criminal Investigation.

Two bullets hit Cargill, one to his upper leg and one to his right shoulder, according to the release. He was hospitalized and survived.

“It is abundantly clear that the officers acted lawfully and in accordance with their duty as sworn law enforcement officers when they made multiple attempts to disarm Cargill,” O’Leary’s statement reads, in part.

Cargill held the knife to his neck and went to an embankment just below the southbound Interstate as officers followed and tried to get him to drop the knife, according to the release.

Officers tried to keep Cargill from going onto the Interstate highway, which could have caused an crash, and they tried to stop him from contacting anyone in the area, which would have put them in danger,” according to the release.

Cargill ignored officers’ orders to stop moving and drop the knife, according to the release.

“Less lethal options were deployed including multiple electronic control devices and several 40mm foam rounds,” but Cargill would not drop the knife, according to the release.

As Cargill advanced toward officers with the knife, Hollingshead shot him twice, and Cargill fell to the ground but continued to struggle with officers while holding the knife, according to the release.

“While on the ground, Cargill began to cut his own throat with the knife,” the release states. “One officer deployed OC (pepper) spray to Cargill’s face,” but he rolled onto his stomach and held the knife under his body, according to the release.

Cargill told state investigators he knew those confronting him were police, but he thought they were “corrupt and working with the mafia,” according to the release.

“Cargill also stated that he held the knife to his throat because he did not want to be tortured by the Aryan Brotherhood,” the release states.

Cargill said he had bought meth from the Aryan Brotherhood “but could not explain why they or the mafia would be out to get him,” according to the release.

Cargill said he left Oklahoma about two weeks previously in order to stop smoking methamphetamine, which he had been smoking daily, the release states.

While at the hospital, medical staff gave investigators a solid metal, silver-colored bolt with threading on one end and a small eyelet on the other that had been removed from Cargill’s stomach.

Cargill told investigators he swallowed the bolt when confronted by the police in an attempt to take his own life, according to the release.

About eight officers eventually subdued Cargill with the help of more electric shocks, according to the release.

O’Leary said he will “be reviewing with JPD what, if any, criminal charges should be filed against Cargill as a result of DCI’s investigation.”

Asked if Cargill is suspected of being under the influence of drugs at the time, O’Leary said he is waiting for blood test results from the state Crime Lab, and DCI has told him that could take four to six weeks.

The wait for test results will delay a final determination of charges against Cargill, O’Leary said.

Cargill was treated at UW Hospital in Madison before being released to his father, and he returned home, police Lt. Charles Aagaard said.

Janesville police issued a news release Monday, as well, saying they had received a 618-page report from the Division of Criminal Investigation and had begun an “internal review of the matter to assure the officers followed department policy and training. This internal review is normal practice for officer involved shootings.”

Chief Dave Moore will share his department’s findings after the review is complete, according to the release.

No charges to be filed against man shot by police

A man who was shot as he struggled with police along Highway 14 in Janesville on March 26 will not face charges.